Teagasc staff have recently started working on a new development project in collaboration with partners in Tanzania. This is part of the Teagasc International Work Programme headed up by Paul Maher.

The project is funded through the Embassy of Ireland, Tanzania and has been set up to support the development of the capacity of key institutes and actors across the dairy value chain in Tanzania, focused in the Tanga region (see map below).

Initially the main activity will be a collaboration between Teagasc (led by Padraig French) and TALIRI a government funded agricultural research centre focused on dairy production in Tanga. Under the collaboration, some new projects will be established in the TALIRI Tanga research centre, focussed initially on quality forage production, improved data management and supporting innovation through demonstration. 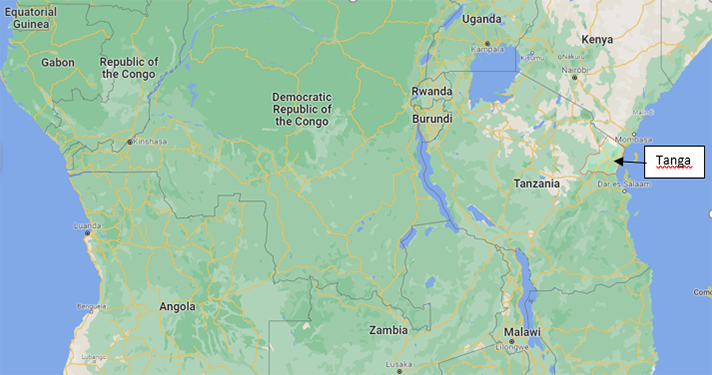 Teagasc, SFSI and Irish Embassy officials recently visited Tanzania, a country that is more than 10 times the size of Ireland with an estimated population of 60m people and an estimated cattle herd of 25m.

The Irish group met with a range of local groups and actors including farmers, milk assembly and collection groups, milk processors, local district officials, extension agents, personnel from other projects active in the region, education providers and researchers.

The majority of dairy production in the region comes from pastoral systems and small 1-2 cow herds. The pictures below give some sense of the area visited. 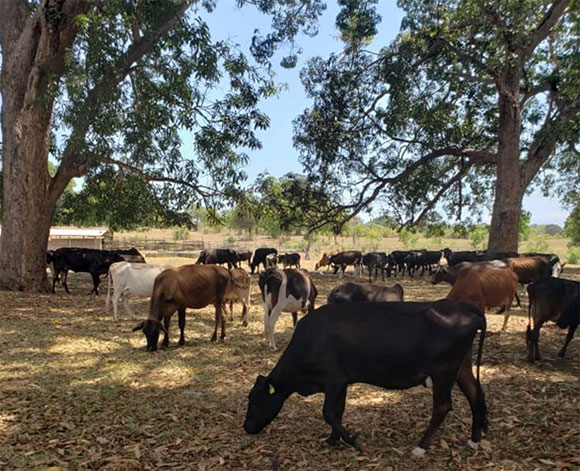 Mixed dairy cow breeds sheltering under trees during a recent period of heat, drought and fodder scarcity in the TALIRI Tanga Research Centre 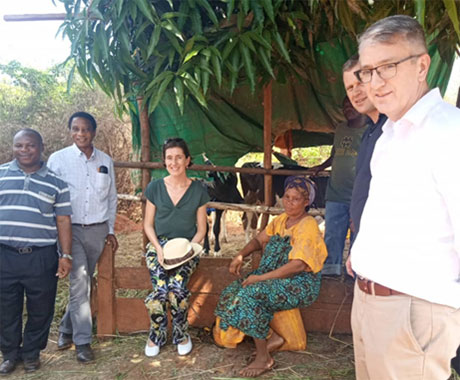 Site visit to a local village. The lady in center right of picture has two cows in a pen behind her with forage "cut and carried" to feed the cows. 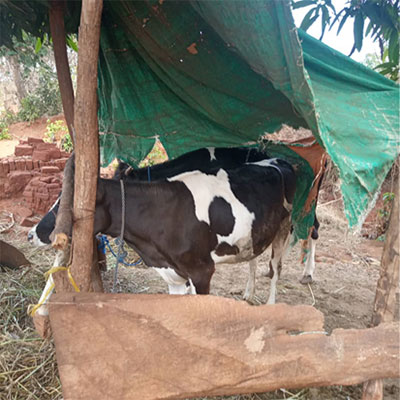 Cows are held in modest accommodation and in recent weeks required shading from sun as temperatures hit 30 C . 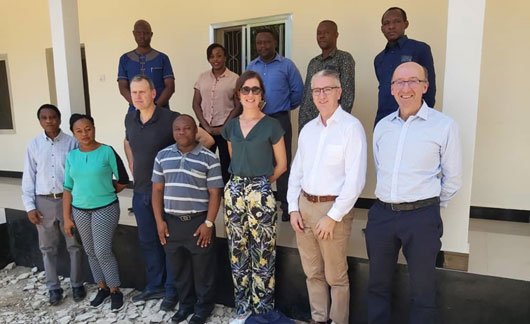