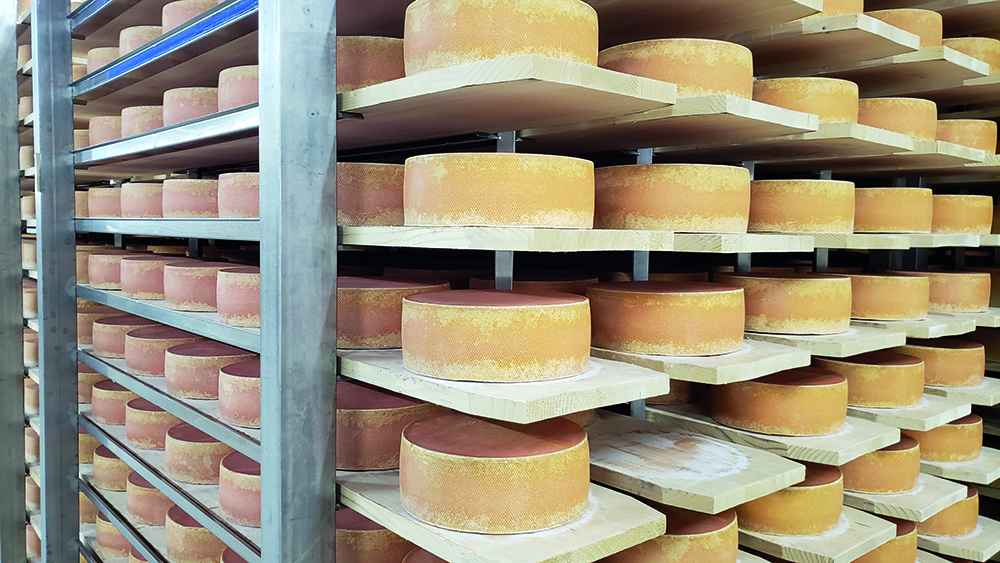 Researchers at Teagasc and the University of Veterinary Medicine Vienna, Austria, are identifying the bacteria present in dairy processing environments to evaluate their impact on the foodborne pathogen Listeria monocytogenes.

Food processing facilities are required to follow many regulations to provide food safety assurance. However, the food processing environment in general is not sterile. In fact, the presence of specific in-house microorganisms are sometimes desired. A good example of this is the cheese production environment. The composition of the microbiome (the community of microorganisms) present in the immediate environment can contribute to the desired characteristics of the product, and even allow its correlation to a production region.

Nonetheless, bacterial communities may harbour pathogens that can compromise food safety. That is why Teagasc and the University of Veterinary Medicine Vienna, Austria, have developed the LmRNA project, focused on collecting samples from dairy processing environments and characterising the microorganisms present, in order to prevent the presence of harmful pathogens.

Biofilms are the natural state of bacteria in the environment. These bacterial communities are composed of microorganisms embedded in a protective self-produced matrix that facilitates their attachment to a surface.

After entering a food processing environment, bacteria initiate biofilm formation with a reversible attachment to a surface. With time, these bacteria produce exo-polymeric substances (EPS) – of which carbohydrates, proteins and extracellular DNA are the main components – which give the attachment an irreversible nature that can only be lost if direct mechanical and chemical action is performed.

Given time, biofilms grow and shed bacterial cells and even clumps of cells embedded in EPS. This causes the spread of the bacteria and may became the source of recurrent contamination. The biofilm EPS acts as a barrier for the diffusion of antimicrobials, leading to the protection of the enclosed cells. Moreover, the actual chemical nature of the EPS often leads to the inactivation of sanitiser and cleaning agents used in the food industry.

A combination of these approaches is currently being used to create mock communities of microorganisms in the laboratory that mimic what is found in the dairy processing environment.

Despite the generalised ability for bacteria to form biofilms, not all bacteria are equally capable of it, mostly due to the amount and specific composition of EPS produced. These differences can be seen not only between different species of bacteria, but even among different isolates of the same species.

In a food processing environment however, the biofilms found are of a multi-species nature. This generates a close interaction among the different microorganisms present and can lead to collaborative interactions, where a weak biofilm former’s presence is aided by the presence of a strong biofilm former.

The opposite may also occur. Through their natural metabolism, some bacteria will produce compounds that inhibit the growth of other bacteria, creating a hostile environment for others.

Listeria monocytogenes is a pathogen of significant public health concern because, despite its low infection rate, it has a much higher mortality rate when compared to other foodborne pathogens. The researchers are carrying out biofilm formation of the L. monocytogenes in the laboratory. They are doing so under conditions relevant to the dairy industry, including low temperatures, relevant growth media, flow regimes and relevant surface materials such as stainless steel. The role of other microorganisms collected from the dairy environment is also being further investigated to determine their impact on the gene expression of
L. monocytogenes.

Ultimately, the project team aims to facilitate the identification of molecular targets for antimicrobials, leading to improvement in strategies to prevent harmful pathogen persistence in the dairy industry.

During the first six months of 2022 alone, the Listeria monocytogenes pathogen caused at least six recalls issued by the Food Safety Authority of Ireland.