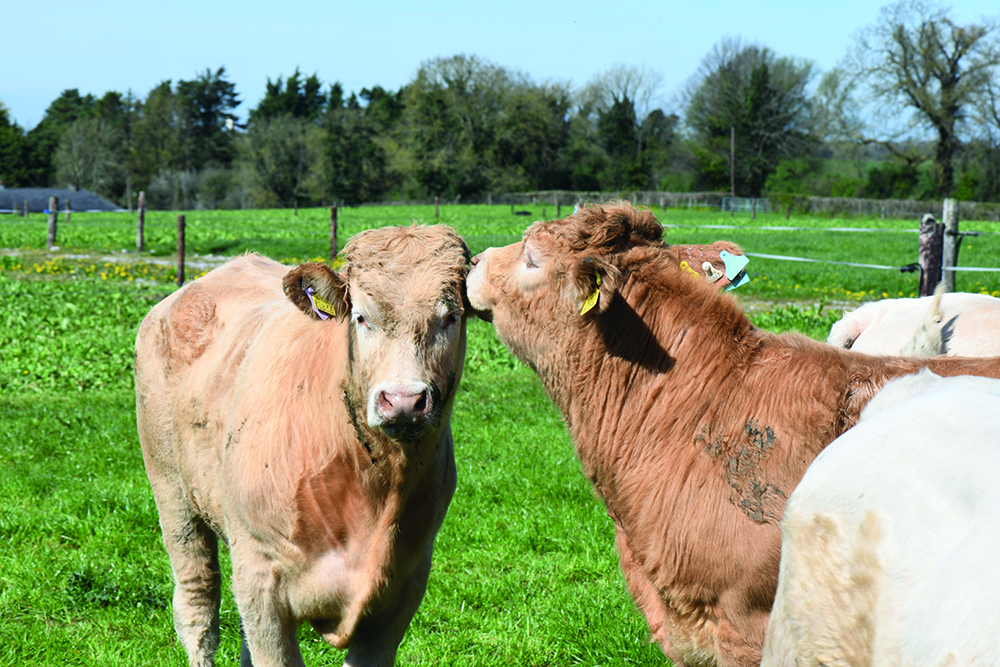 Experts from Teagasc have been exploring ways to help beef farms meet both economic and environmental targets. Having shared their findings at BEEF2022 – Teagasc’s Beef Open Day – here, they recap the key technical messages beef farmers need to know.

Beef production in Ireland has an array of different systems. Farms often move between systems, depending on the market conditions, from one year to the next. Which beef system suits a farm or farmer – and the intensity at which it is farmed – depends on a number of different factors.

One of the biggest influences on choice of beef system is labour availability. Most beef farmers have full-time off-farm employment and can only commit a certain amount of hours each week to farming. This limits the number of animals carried on that farm. It is worth noting, however, that where animal-handling facilities are of a high standard and pasture infrastructure is well developed, labour shortfalls can be mitigated to some extent.

Land type characteristics such as soil type, soil fertility, drainage capacity and level of fragmentation further influence the most suitable beef system for a farm and the stocking density that can be managed from a forage-based diet. Ultimately, the quantity of grass a farm can grow and graze efficiently in a year dictates the number of cattle that a farm should carry.

In comparison,  profitability per hectare was greatest for the earlier slaughter scenario. On top of that, GHG emissions per kilogram of beef output were lower.

Due to the considerably lower comparative cost of grazed grass as a feedstuff, beef production systems in Ireland are predominantly grass-based and ‘designed’ to optimise the seasonal supply of pasture. A key objective is to increase the contribution of high-digestibility grazed grass to the lifetime intake of feed, through as long a grazing season as possible, while simultaneously achieving high individual-animal performance.

Providing sufficient grass silage of appropriate digestibility for the indoor winter period is also a crucial component of grassland management and feed self-sufficiency in beef production systems. Additionally, there are a range of animal performance targets that can broadly be categorised as those pertaining specifically to suckler cows and beef progeny.

At BEEF2022, the importance of meeting these targets from an economic and GHG perspective were evaluated. Notably, age at first calving and length of the grazing season were found to be key determinants of profitability and GHG emissions intensity.

The ability of an animal to meet the production targets outlined above is a function of genetic merit, health, nutrition and management. In terms of animal performance targets, breed and genetics creates the potential, but it is management that primarily allows that potential to be achieved.

The ability of beef farms to grow and utilise grass is fundamental to the economic, environmental and social sustainability of beef production systems. Even allowing for differences in local climate and soil types, large variations in annual grass production exists between beef farms, and thus highlights an opportunity to increase grassland efficiency through management.

Clover also has an important role in further reducing the cost of grazing swards, given its ability to convert atmospheric nitrogen, thereby improving farm-gate nitrogen balance and reducing costs.

Finally, herd health plays an important role in performance on beef cattle farms and is crucial to fertility, productivity and profitability. A herd health plan that includes bio-security, vaccinations and the culling of ‘carrier’ animals, drawn up in consultation with the farm’s veterinary practitioner, will offer the best way to manage disease problems.

The contributors of this article would like to thank Teagasc’s Martina Harrington, Catherine Egan and Nicky Byrne for their contribution to this research.