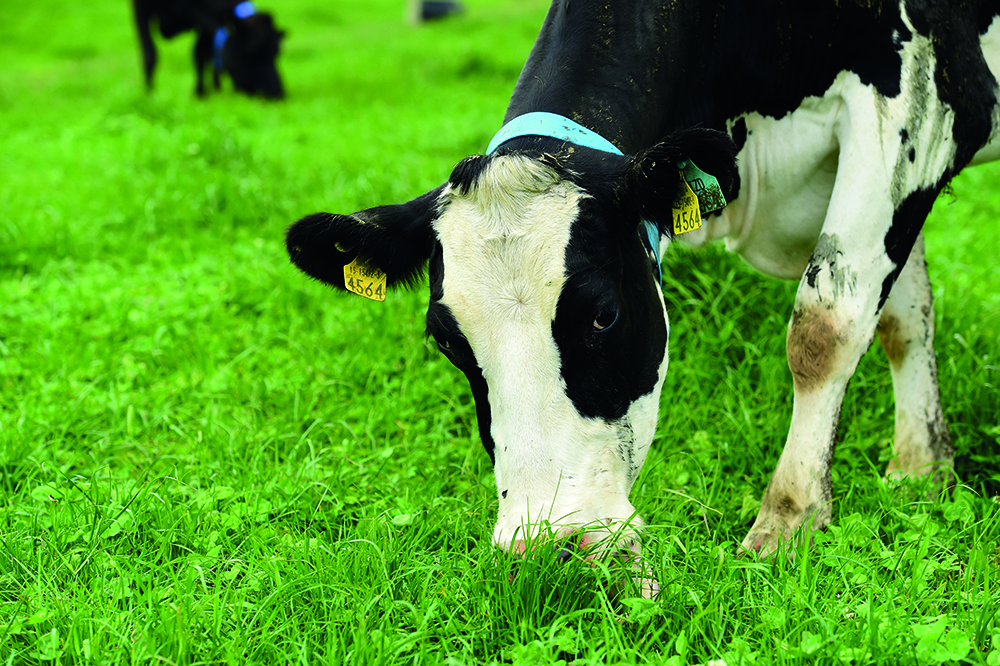 Perennial ryegrass (PRG) grass-based systems are highly efficient and low cost, but are dependent on high levels of nitrogen fertiliser. In recent years, there has been renewed interest in the inclusion of white clover in PRG-based production systems, in order to reduce the environmental impacts and input costs of inorganic nitrogen use.

White clover is a valuable natural resource that can be included into PRG-based systems to increase grass and animal production. It is the predominant legume species incorporated into grass swards in temperate regions and has a lot of agronomical advantages.

White clover possesses the ability to convert atmospheric nitrogen into a plant usable form (i.e. nitrate) to facilitate PRG growth and production. It is also a nutritionally superior feed than PRG alone, as it promotes higher dry matter intakes due to its lower neutral detergent fibre levels. This in turn can lead to higher milk production per cow.

In order to avail of these potential production benefits, it has been suggested that white clover needs to be established within the sward at a minimum rate of 20%. To test this, researchers from Teagasc established an experiment at Clonakilty Agricultural College in Clonakilty, County Cork, from February 2019 to November 2021.

The impact of white clover on grass

Cows grazing PRG-WC swards had a 6% higher daily milk solids yield, which resulted in a 29kg difference in cumulative lactation milk solids yield. This is a substantial increase in milk solids, particularly at the lower nitrogen input level, that is both critical for the environment and economically important for the farmer – two major issues affecting the industry at present.

As land availability and environmental constraints are two of the main limiting factors affecting increasing production on farms, white clover inclusion into PRG swards is a key grassland strategy that should be incorporated to overcome this challenge. Therefore, it should be promoted that even at the relatively low white clover contents witnessed in this study, white clover can make a positive impact both in terms of grass and milk production.

When the nitrogen inputs were reduced by 100kg/ha and white clover was included in its place, there was a reduction in total grass growth of 0.5 tonnes vs. 1.5 tonnes when nitrogen inputs were reduced by
100 kg/ha on PRG-only swards. Increasing the white clover level in the swards should increase the grass growth further and reduce the gap of total grass grown between the nitrogen treatments. This can also help to insulate farmers from dramatic price fluxes in a volatile market.

These findings should reassure both farmers and industry in promoting the inclusion of white clover in swards, meeting the long-term goal to convert whole farm grazing systems from PRG-only swards to
PRG-WC swards. 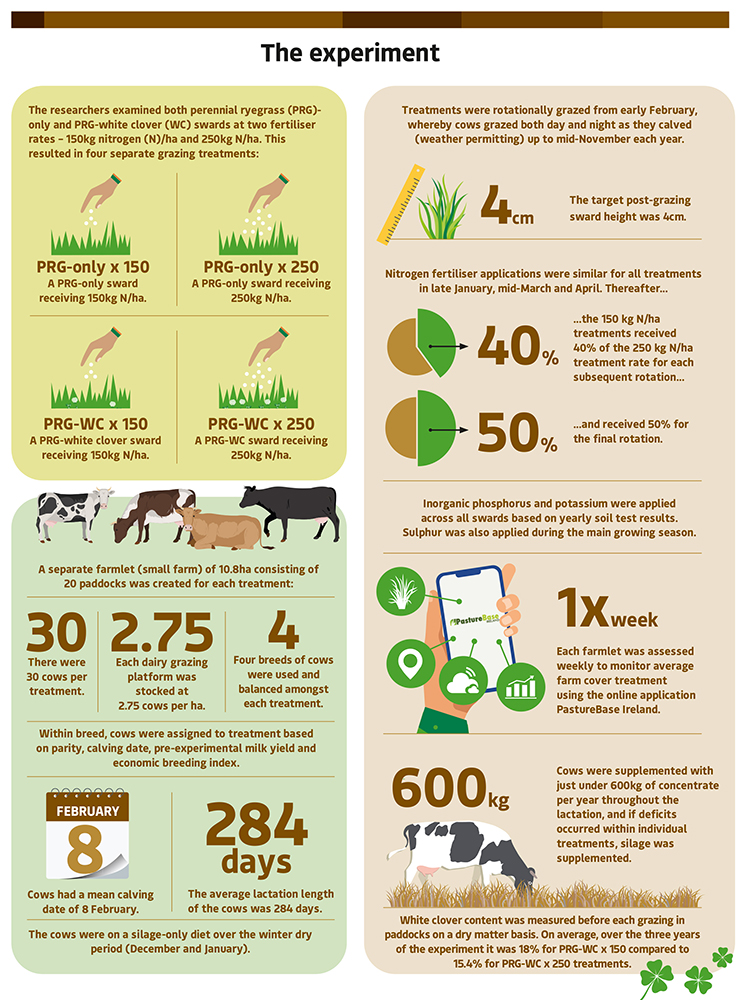