Understanding the genetic blueprint of the grain aphid 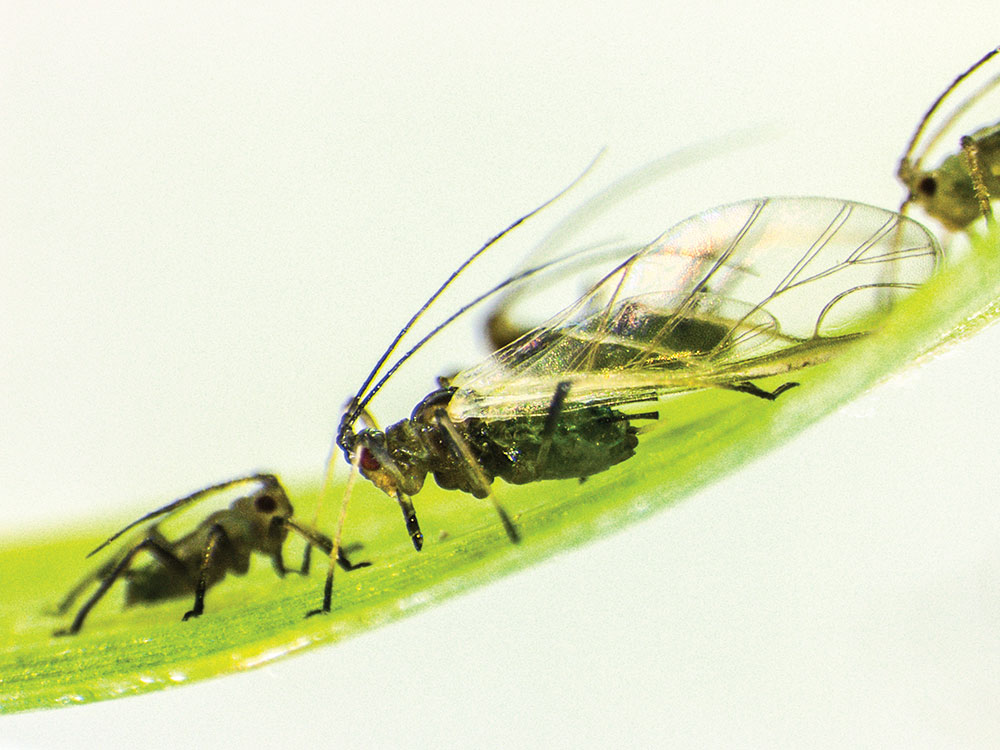 English grain aphids are the ultimate crop pest, because of their mode of feeding and ability to reproduce in vast numbers

By unravelling the DNA sequence of the English grain aphid, Teagasc is providing novel insights that support research into insecticide resistance and mechanisms of viral transmission.

Aphids are the ultimate crop pest, thanks to their mode of feeding and their ability to reproduce in vast numbers and adapt to the challenges they face in natural and agricultural settings.

They feed with specialised mouthparts from the phloem of their plant host. The phloem is made of living tissue that transports soluble organic compounds to parts of the plant that need it. Feeding here disrupts this process and damages the plant.

Of the estimated 4,300 aphid species that have been recorded on over 300 plant families, around 100 species are considered economically and agriculturally important pests.

Sitobion avenae – the English grain aphid – is a significant pest of cereals worldwide. It is found on numerous species of grasses, including all the cereals and pasture grasses of temperate regions.

In Ireland, the grain aphid is considered one of the main pests of spring and winter barley, as it is a major vector of barley yellow dwarf virus (BYDV), which infects cereals and can significantly reduce crop yield. The virus itself cannot be treated, so control relies on limiting transmission from aphids, which requires insecticide spray applications (e.g., pyrethroids).

In recent years, control of BYDV has become increasingly challenging due to bans on certain insecticides, the changing climate and the emergence of insecticide resistance. To support research into mechanisms of viral transmission and aphid behaviour, Teagasc has used data to look into the grain aphid’s DNA.

Insecticide resistance is an increasing problem for agriculture, forestry and public health. Aphids frequently exhibit insecticide resistance; this can be attributed to several mechanisms, including metabolic (by detoxification), target-site (by mutations), penetration and behavioural resistance.

Over the past decade, pyrethroid resistant clones of the grain aphid have been frequently detected across the UK and Ireland. The most common resistance mechanism is a target-site mutation termed ‘knockdown resistance’, which reduces sensitivity to pyrethroids, giving aphids a higher probability of survival. Pyrethroids are currently the primary insecticide used to control cereal aphids and BYDV.

Resistant grain aphids were thought to be derived from a single dominant and established clone in England and Scotland named SA3, and a Teagasc survey has confirmed its dominance in Ireland. This clone represents an interesting case to study the mechanisms behind the evolution of insecticide resistance and the impacts of resistance on BYDV transmission. However, despite it being a major agricultural pest of cereals, no reference genome sequence was available for the grain aphid, which has impeded research. 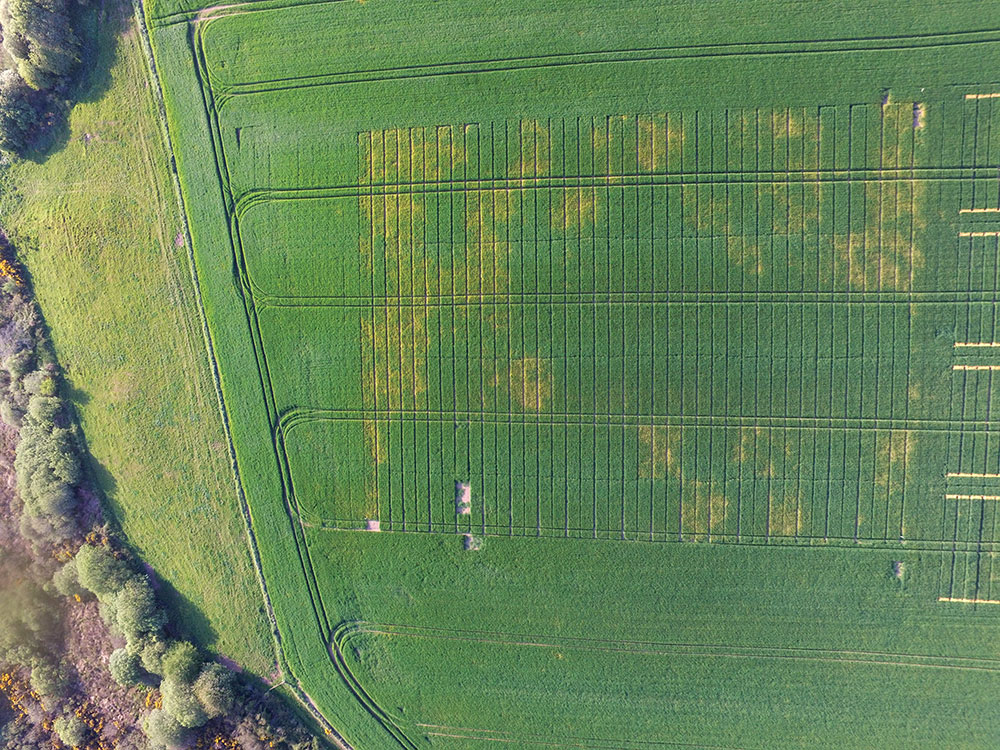 Sequencing the genome of a species involves ‘reading’ its entire genetic code, which describes how to build and maintain a living organism. Like humans, the grain aphid is diploid, meaning it has two copies of each chromosome.

In their work, the project researchers took advantage of the latest DNA sequencing technology to generate long and highly accurate sequencing reads, and create a diploid assembly of this highly heterozygous (variation in the genetic code between chromosomes) genome. This has resulted in the publication of the first high-quality genome sequence of nearly one billion ‘letters’ that make up the grain aphid’s genetic code.

Located within this genetic code are protein coding genes necessary for the key processes and functions of an organism’s cells, and those responsible for the characteristics and features the researchers are interested in understanding.

Analysis of the genome identified 31,007 protein coding genes, several of which belong to gene families that have been linked with metabolic resistance to plant defence compounds and insecticides. In particular, a relatively high number of glutathione-S-transferase (GSTs) was identified in the grain aphid, when compared to other aphid species. This included GSTs that were specific to the grain aphid.

GSTs are of interest because they have been implicated in detoxification of pyrethroids in other insects, and are a target of future research to understand metabolic resistance.

In addition to obtaining the DNA sequence of the aphid, the researchers also sequenced the genome of its obligate bacterial endosymbiont (an organism that forms a symbiotic relationship with another cell or organism) Buchera aphidicola. This bacterial endosymbiont is crucial for aphid survival as it provides essential amino acids that are absent from the diet of sap-feeding aphids.

Through this study, the researchers were able to assemble the complete genome of the grain aphid endosymbiont, and identify 572 protein coding genes. A greater understanding of this symbiotic relationship may lead to the future development of control strategies based on endosymbiont disruption.

The availability of the DNA sequence of the grain aphid genome, in particular the SA3 resistant clone, will now allow researchers to better understand the mechanisms and identify the molecular and genetic adaptations responsible for insecticide resistance.

Understanding aphid resistance is fundamental to planning control schemes that rationalise pesticide use and reduce economic losses. This genome assembly adds to the growing collection of high-quality aphid genome assemblies, and will provide a solid foundation for future studies of grain aphid biology, and for comparative genomic analysis with other aphid species.

Much of our understanding of aphid biology has arisen from the sequencing and release of genomes for numerous aphid species. Each one provides new insights into this multifaceted insect, such as:

We would like to give special thanks to the co-authors of the study this article is based on: Michael Gaffney (Teagasc), Peter Thorpe (University of St Andrews), Gaynor Malloch (The James Hutton Institute) and Tom Wilkinson (University College Dublin).