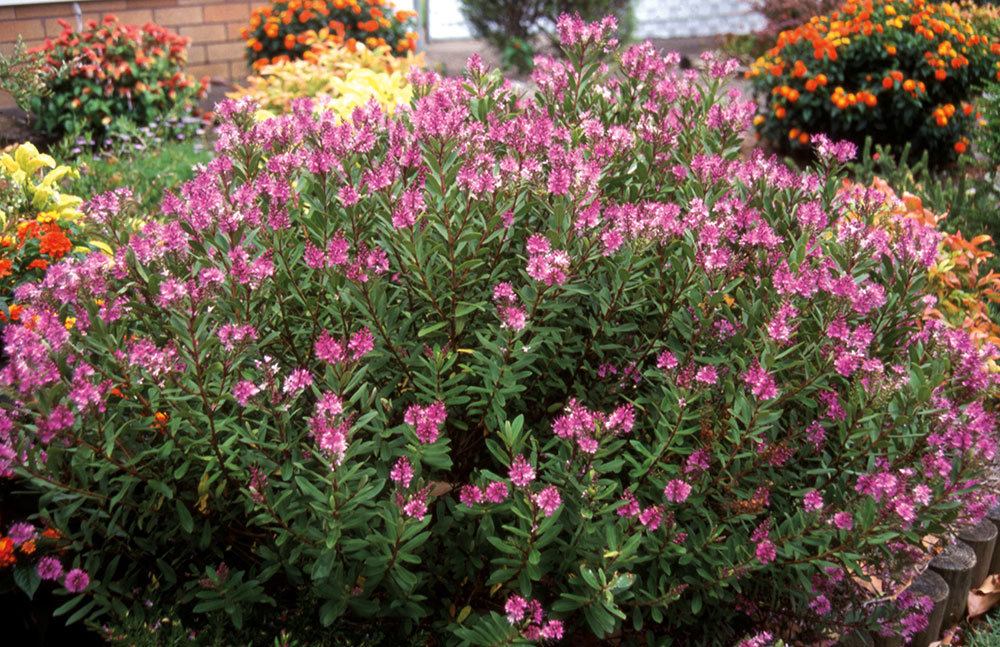 A novel Hebe shrub developed by researchers at Teagasc has the potential to be a new candidate crop for the growing cut foliage sector.

Hebe, a genus of plants, are evergreen shrubs that produce flowers. Some Hebe shrubs, however, produce long leafy stems with large glossy green leaves. One such species is Hebe speciosa, which provides uniquely different characteristics to current offerings in the cut foliage trade.

With its long sturdy stems and plentiful large leaves in the upper portion, these Hebe shrubs offer an alternative leaf form to use in floral bouquets and flower arranging. They also produce fewer flowers than most Hebe cultivars – an advantage for a cut foliage plant, in which the leafy foliage is prized.

A few years ago, a block of Hebe speciosa plants was established at a grower-owned site in Tralee, County Kerry, to evaluate it as a potential cut foliage species. After several years it was confirmed to be a variety of definite interest to the sector, but it still wasn’t a perfect fit.

Andy Whelton, Teagasc Specialist Advisor to the cut foliage sector, explains: “Feedback from florists and foliage processing companies indicated that the leafy Hebe stems needed to be more robust  to meet the demanding requirements of the market place.”

Further research was therefore needed to explore the possibility of enhancing the plant’s characteristics from a cut foliage perspective, using plant breeding techniques.

Polyploidy is an advantageous trait in many food crops, such as wheat and potatoes, as plants with multiple copies of chromosomes are often bigger and more vigorous. Polyploids can also be produced in the laboratory using chemicals like colchicine and oryzalin, and this technique has been used extensively in plant breeding for new varieties.

Farhana Afroze, Teagasc Post-Doctoral Researcher, says: “We conducted polyploidy experiments on Hebe speciosa to see if sturdier, non-flowering varieties could be generated. Sterile plantlets were needed for the polyploidy experiments, and these were prepared by micropropagation (a technique used to generate genetically identical plantlets) using fresh cuttings taken from the plants in Tralee.”

Single nodal segments (the stem section between two sets of leaves) were taken and subjected to treatment by colchicine and oryzalin. Whilst the harsh chemical treatment killed many plants, around 46 (20%) of them survived. Ploidy levels were measured and a total of six plants were tetraploid, whilst 14 plants were mixoploids (featuring both diploid and tetraploid cells).

All the surviving plantlets were grown in the greenhouse for six months and evaluated for novel factors that differed from the controls.

“Analysis of the tetraploids showed they had almost twice as many stems and branches as the controls,” says Farhana. “Stem diameters were also thicker, leaf internodes (the distance between the leaves on the stems) were shorter and flowering was much reduced.

“Although there was not much difference in plant height after six months, the tetraploid stems were thicker and more abundant, with more branches and with larger, thicker leaves, making the tetraploids bushier and leafier than the original diploids.”

Although the differences are small and subtle, this combination of factors makes the tetraploids a very interesting potential variety for cut foliage, as overall they would be quite productive plants with good stem and leaf characteristics. 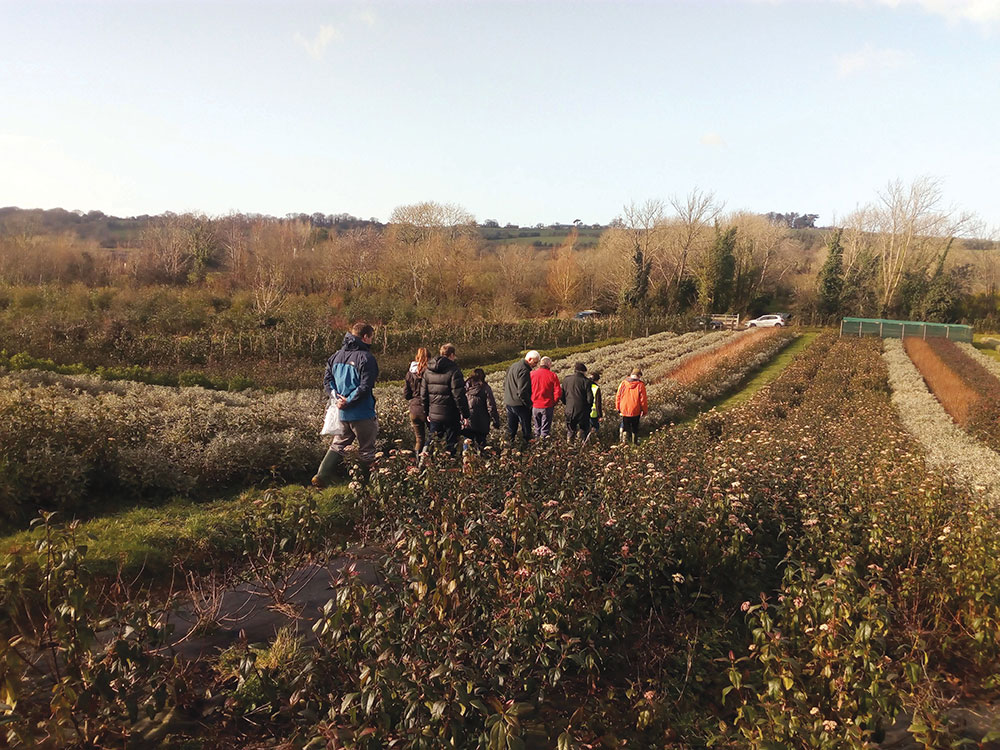 A block of Hebe speciosa plants was established at a grower-owned site in Tralee, County Kerry

The new polyploid plants have now been planted out for field and commercial evaluation.

Successful new varieties for the cut foliage sector need to clear many hurdles to demonstrate they are worthy for planting at commercial scale, and the novel traits of the tetraploids need to be stable over time and persist with continued cultivation. They also need to demonstrate characteristics such as a low pest and disease susceptibility, as well as be frost hardy in the Irish climate.

“It will take another few years of trials and evaluation to establish if the Hebe polyploids become a new fixture in the cut foliage offerings from Irish growers,” concludes Andy, “but things are looking promising
so far.”

The value of the foliage sector was worth €7million in 2020, and demand for high quality foliage continues to increase.

This research was funded through the Department of Agriculture, Food and the Marine Competitive Research Call 2015 (project number: 15/S/759).

We would like to acknowledge the technical support of Leo Finn and Liam Foy (Horticulture Development Department, Teagasc).