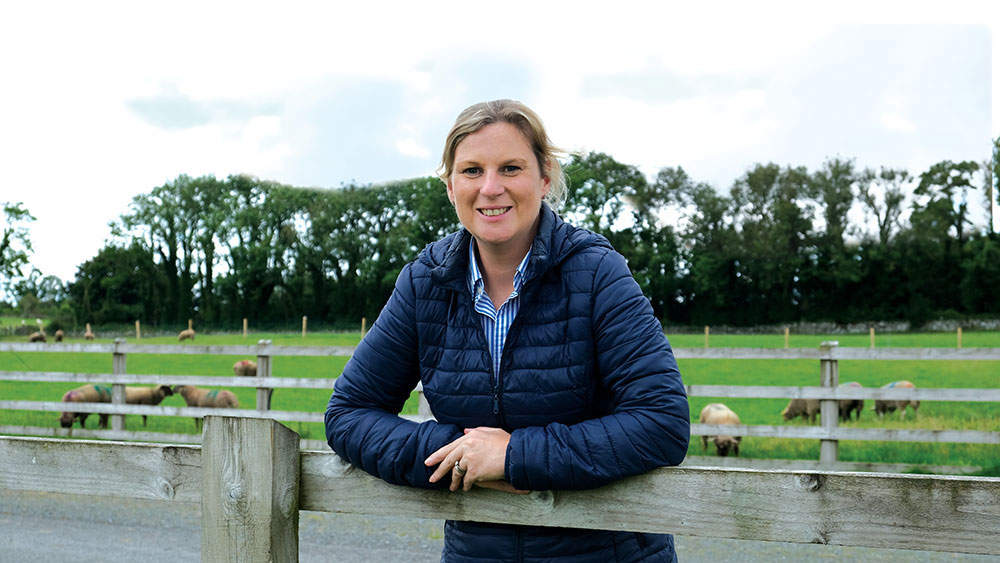 During the digestive process, ruminants (mammals with multiple stomachs, such as cattle and sheep) emit enteric methane – a greenhouse gas (GHG) that occurs in the intestines. These enteric methane emissions are a significant contributor to agriculture’s GHG output and, as such, there is an urgent need to reduce them.

Feed additives have proven to be effective in mitigating enteric methane emissions without compromising animal performance. However, EU and Irish regulations require the passing of rigorous processes in order for supplements to be approved for commercial use.

To support this, Teagasc’s Animal & Bioscience Research Department is conducting studies and trials to develop and assess safe feed additives such as Bovaer (3-NOP), seaweed and their extracts, halides and oils.

The project – named METH-ABATE and funded by the Department of Agriculture, Food and the Marine – is focusing on feed additives’ ability to reduce methane emissions in beef, sheep and dairy, as well as its effects on productivity and end-product quality.

The research is being led by Principal Research Officer Sinéad Waters. Sinéad has a PhD in gut microbiology, and during a postdoctoral role in the same area, gained specialist experience in rumen microbiology.

She joined Teagasc in 2005 as a contract research officer working in molecular biology. In 2007, she was subsequently the first person appointed into the Animal & Bioscience Research Department, moving into the area of rumen microbiology, where she has remained since.

How prominently is methane emission reduction being investigated in industry?

The issue of methane emissions is a big problem internationally, so there’s lots of ongoing work to establish and identify successful feed additives. Research is predominantly focused on indoor systems – which are more commonly found in other countries – but in Ireland we’re mainly pasture-based. As such, our focus is to generate feed additives that can be developed for outdoor systems.

What’s novel about the work you’re doing through the METH-ABATE project?

The industry partners and universities we’re working with are developing some novel feed additives, and we’re also trying to develop slow-release formulations, which will be important for use in pasture-based systems as they prevent the need for continuous delivery.

Furthermore, we’ll be keeping consumers in mind and monitoring if these solutions have any negative implications for meat and milk quality. Overall, we’re taking a holistic approach, incorporating life cycle and cost analyses.

What methods have you been using to carry out your research?

We carry out in vitro studies in the lab using an artificial rumen system known as RUSITEC. This system allows us to screen feed additives without having to invest in expensive large animal trials. Animal trials are performed only if the additives are successful, and initially only using sheep (they’re easier to handle and cheaper). Following further success, we then carry out trials on cattle.

During these trials we measure methane and sample the rumen contents to study their microbes. Using sequencing and bioinformatics approaches, we can see what the feed additives do to the microbes in the rumen – which are critical to digestion and methane production. We want to make sure the additives have no negative impacts on digestion, but that they do reduce methane emissions.

In my immediate team and helping me to complete this work is Head of Animal & Bioscience Department David Kenny, postdocs Stuart Kirwan and Paul Smith and PhD students Emily Roskam and Caroline O’Donnell. We’re also supported by colleagues in other Teagasc centres and universities.

What results have you seen so far from your research?

We began the project in 2020, and in that time, we’ve managed to complete a lot of in vitro studies, a large sheep trial and a beef trial. We’ve found some promising candidate additives, but work is still in progress. We have more trials set to commence in summer 2022, which will offer further insights.

What are some of the challenges related to this project?

It’s a challenge in itself to develop a successful feed additive with effects that will persist when applied at pasture. Rumen microbes are very resistant to change, so the feed additive will have to be very targeted. Bovaer is effective for this, but it doesn’t offer a slow release option at present.

Slow release can be an encapsulated form of the additive that can be given to grazing cattle once and then released in pulses over a long period of time, avoiding the need for continuous delivery. This is especially important for pasture-based systems, as the feed additive needs to be present in the rumen when the feed is being digested, to block the production of methane.

Cost is another challenge – margins in beef production are already very tight; if there’s no added benefits to production, then incorporating feed additive costs will be difficult.

How have farmers responded to your work?

Discussion groups with farmers have been promising. They’re interested to learn more and happy to hear of prospects of solutions. This doesn’t guarantee uptake, however, and there’s also a possibility that consumers won’t like the idea of additives being used to produce their meat and milk.

Education on this topic is essential, and we want information to be made widely available.

You presented at COP26 and discussed Ireland’s work in methane reduction – how was
the experience for you?

It was great! The event I presented at was designed to bring experts together to see how we can have a sustainable livestock system globally. I was invited onto the panel due to my role as co-chair of the Global Research Alliance’s Livestock Research Group, and it gave me an international platform to discuss Ireland’s strategies on reducing emissions. Other countries are also trying to develop similar strategies, so it was a good networking opportunity.

We had lots of positive responses from that panel, including from the Irish government, and it was a great opportunity to raise awareness of the crucial role livestock systems play in feeding the world.

Up close and personal

Dogs and cattle – we have a German pointer and Charolaise beef cattle at home!

If you hadn’t ended up in agriculture, what other job would you have wanted to give a go?

I love science and studied Biotechnology at university, so could happily have worked in a laboratory as a medical scientist.

What are you most proud of professionally?

I really value being part of international groups such as the Global Research Alliance and the European Commission’s expert group on methane emissions, as they allow me to represent Ireland in international discussions. Fundamentally, I want to contribute to finding a solution to reducing GHG emissions within agriculture, and these are great opportunities to do that.