Protected urea: a benefit for farmers and the environment 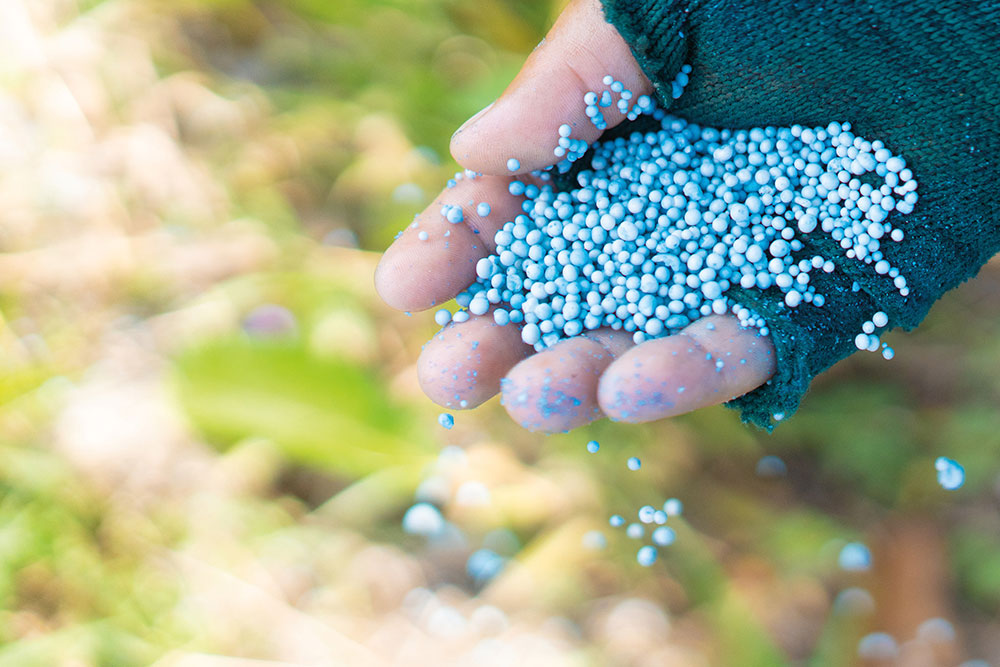 Urea made with nitrogen stabilisers is known as ‘protected urea’ (pictured). It reduces ammonia emissions when compared to standard urea

Switching to the right type of fertiliser can allow farmers to maintain grass growth whilst minimising damage to the environment.

To feed the world’s growing population, nitrogen fertilisers are frequently applied to soil to achieve high grass growth and production. Nitrogen fertilisers are a major contributor to ammonia and greenhouse gas (GHG) emissions, however, and pressure is increasing for farmers to reduce the environmental impact of agriculture.

The environmental benefits of changing fertiliser type have been proven, but there are questions regarding the efficiency of protected urea in terms of grass growth and dry matter (DM) production. To address these questions, researchers from Teagasc set up an experiment to compare the performance of different fertiliser types on grass growth. 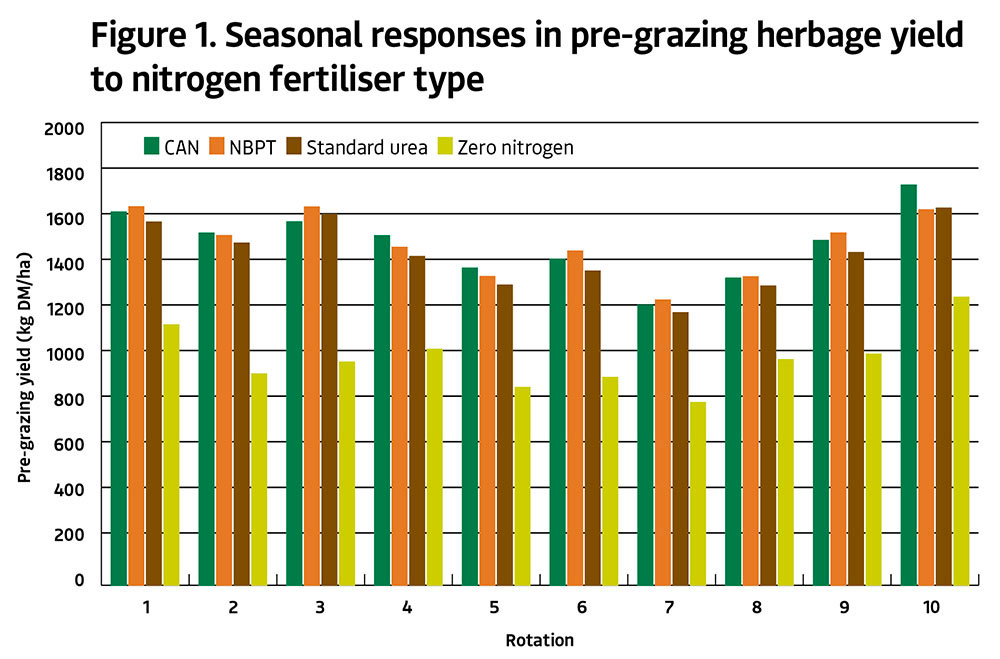 Grazing plots were set up at four locations across Ireland, comparing the grass growth of three fertiliser types: CAN, standard urea and protected urea containing the urease inhibitor NBPT. Each plot had two fertiliser rates – 150kg nitrogen (N)/ha per year and 250kg N/ha per year – giving a total of six treatments.

The Athenry site was grazed with sheep, whereas the remaining three sites were grazed with lactating dairy cows. At each site, the first grazing occurred in March, six weeks after the first nitrogen application, and thereafter when the CAN 250kg N/ha treatment had a pre-grazing herbage yield of approximately 1,500kg of DM/ha. The study had a target of ten rounds of grazing in each year.

Fertiliser applications were applied after each grazing event: the 150kg N/ha sub-treatment received 60% of the fertiliser rate that the 250kg N/ha sub-treatment received for all fertiliser applications. Plots also received sulphur, phosphorus and potassium during the main grazing season, to ensure other macronutrients were not limiting. All sites were at a sufficient pH level for grass production.

At each grazing event, measurements of pre- and post-grazing height were recorded, as well as pre-grazing yield (Figure 1 ). A sample of grass was also collected from each plot to measure dry matter, crude protein, water soluble carbohydrates (WSC) and dry matter digestibility contents.

The impact of protected urea on production

Over the course of the study, an overall benefit was detected from using urea protected with NBPT versus standard urea. CAN and the protected urea grew 13,478kg and 13,542kg DM/ha respectively. This was nearly 500kg DM/ha greater grass production than urea.

As Figure 1 shows, the average pre-grazing yields for the three fertiliser types were 1,485kg DM/ha for CAN; 1,480kg DM/ha for protected urea; and 1,436kg DM/ha for standard urea. Similar grass production was observed for the CAN and protected urea under grazing conditions at all sites, providing further evidence of the reliability of urea combined with NBPT.

Given these comprehensive findings from multiple sites over a number of years, farmers and industry can confidently believe that urea protected with NBPT will reliably deliver herbage yields that match CAN and exceeds standard urea yield, whilst limiting harm to the environment.

Agriculture accounts for 98% of total ammonia emissions and 37% of total greenhouse gas emissions in Ireland.

The Irish Government has set a target to reduce agricultural greenhouse gas emissions by 22-30% by 2030, compared to 2018 levels.

Calcium ammonium nitrate accounts for 84% of the straight nitrogen market in Ireland, compared to other grass growing regions where urea accounts for the greatest proportion.