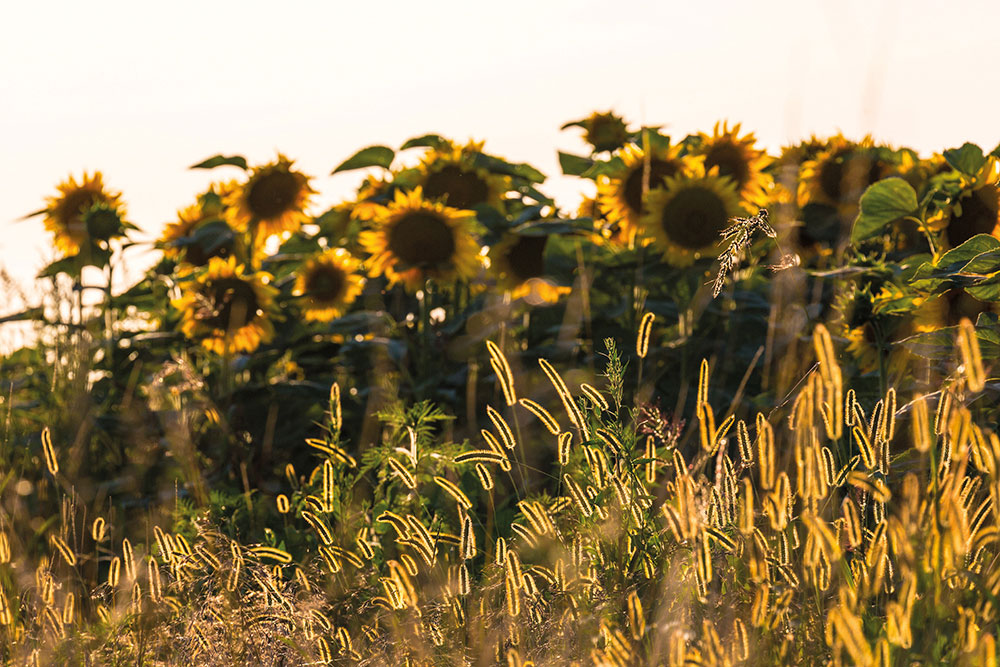 The Russian invasion of Ukraine has led to a global increase in food costs, worsening food security problems in some countries, and introducing it to others. Here, Teagasc’s Head of Rural Economy Development Programme Kevin Hanrahan examines food security in Ireland, and the potential implications of rising food prices.

Ukraine is an important exporter of agricultural commodities such as wheat, maize and sunflower seeds, and the illegal invasion of Ukraine by Russia has had a dramatic impact on exports of these goods. It has also prevented some Ukrainian farmers from planting their land with crops this spring.

Higher agricultural output prices over the coming months will be reflected in increases in food prices for consumers in Ireland and all over the world.

Ireland is, in a global context, a very high-income country, and Irish residents on average have command over sufficient economic resources to ensure that food security is not a concern. However, there are some food consumers and households on low and fixed incomes, for whom the current and likely future increases in food prices will pose food security challenges.

The prospect of very large increases in food prices will reduce the economic access that consumers on low incomes have to food. The appropriate policy response in Ireland to such short-term food insecurity is the provision of targeted income transfers to poor consumers that will provide them economic access to healthy and nutritious food. At a global level, there are countries who are large net importers of food, where a large share of consumers are on very low incomes. For these countries and their generally poor consumers, expenditure on food often accounts for the majority of total income.

The disruption to exports of grains and oilseeds from the Black Sea region and the resulting dramatic increase in food prices poses real societal level food security concerns. The United Nations’ World Food Programme will need additional funds to assist such countries to access the dramatically more expensive supplies of grains and oilseeds.

The second dimension of food security relates to food availability. Ireland is a very large net exporter of temperate agricultural commodities. This means that, in particular for meat- and dairy-based foods, Ireland produces more than enough to feed itself many times over. By supplying food to consumers in other countries, Ireland plays an important role in ensuring the food security of others.

Whilst being a net exporter of meat and dairy products, Ireland is a net importer of fruits, vegetables, grains and oilseeds. This import dependence might appear to pose a food security vulnerability for Ireland. However, our membership of the EU ensures that this is not a concern.

The vast majority of Irish food imports are from fellow EU member states. As a member of the European Union, Ireland is part of one of the largest and most varied and integrated food markets in the world: the Single Market. Our affluence provides Irish consumers with purchasing power to effectively command access to food, whilst our membership of the EU provides access to more than sufficient and varied food products to ensure food security.

The role of trade in food security

Autarky – the idea that being self-sufficient either at an individual, household, community or societal level is preferable to trading with other people, communities, societies or countries – is an ancient but fundamentally inappropriate response to the challenge of food security.

The current crisis is due to the impact of the Russian war in Ukraine on exports of food, combined with low levels of economic development and low incomes in many large net food importers. Freer trade, not autarky, leads to economic development that both raises incomes and provides reliable access to stable supplies of food (and other goods and services) from other places. It is hard to see what role, if any, restricting trade can play in addressing food security.

Allowing individuals and societies to exploit their comparative advantage and specialise in what they are relatively good at is the safest path both to economic development and to medium- to long-term food security.

In the short-term, in the face of high food prices, the appropriate response in Ireland is to provide targeted assistance to those on low incomes. At a global level, the resources provided to the World Food Programme must be increased.

According to the United Nations, food security means that all people, at all times, have physical, social and economic access to sufficient, safe and nutritious food that meets their food preferences and dietary needs for an active and healthy life.