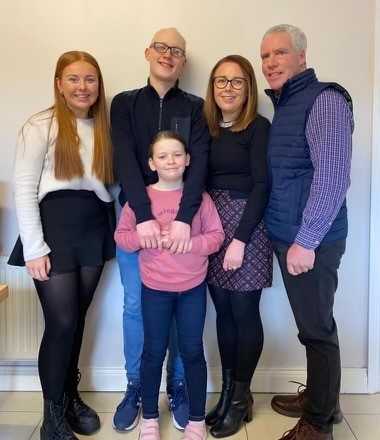 Ruairi farms with his wife Helen and their three children Ciara, Eoin and Laura in Kilmoganny, Co. Kilkenny. He also works off farm with a local suckler farmer.

Ruairi is farming on 35Ha of owned land split into two main blocks. The soil type on the home block is a dry mineral soil. This allows for an extended grazing season on the farm. The outfarm would be a heavier type of soil.

The whole farm is divided and managed in a paddock system both using both permanent and temporary fences. Good grassland management is one of the farms current strengths. Ruairi is currently grass measuring but this is an area that will be developed. There is good housing on the farm. The farm buildings are a combination of slats and dry bedded sheds.

His Teagasc Advisor is Enda McLoughlin.

His plan is to possibly increase numbers whilst also improving farm efficiency. Breeding and grassland management are good on the farm currently. Improving soil fertility is an area identified for improvement as part of the programme.