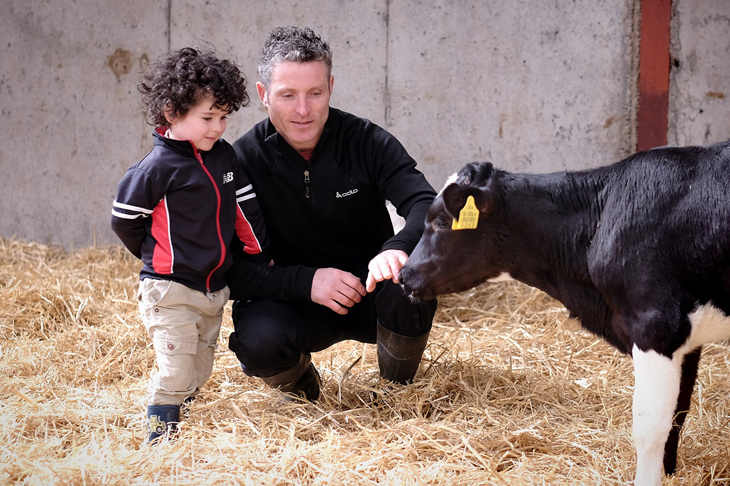 John Dowd farms outside Tuam, Co. Galway. This year he is milking 96 spring calving cows (an increase from 80 cows last year) and hopes to milk 105 in 2017. He recently purchased land beside the milking platform which will cater for the increased herd size (3.0 LU/ha on the milking platform). In 2015 cows produced 517 kg of milk solids (MS) (6,670L,3.51% protein, 4.01% fat, 1200 kg MS/ha) and consumed about 1.2 tonnes of meal. Grass growth on the farm is quite good standing at 12-12.5 tonnes in 2015 but John hopes to increase grass growth and utilisation in the coming years and reduce the amount of meals bought in. His main focus at the moment is low soil fertility and increasing the number of lactations per cow. Most of soils are low in pH and index 1 or 2 for P and K and the majority of cows culled last year had three lactations or less (Fertility subindex = 66). Therefore over the course of the programme he would like to see improvements in these areas. Due to increased stock numbers John is short of cubicle space and plans to build accommodation for approximately 70 cows. John is in the process of developing a new business plan that incorporates the recently bought land, additional cows and the additional facilities.