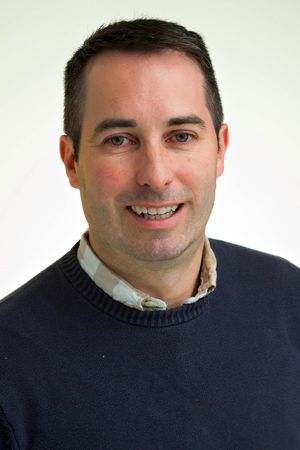 I have extensive experience in cattle nutrition and in the examination of the biological control of economically important traits in beef and dairy cattle production using physiological and molecular approaches (see scientific publications). I am currently leading a large (€1.2m) collaborative research project funded through the Department of Agriculture, Food and the Marine (DAFM) Research Stimulus Fund which is examining various aspects of the control of reproductive function in beef cows and heifers.  I have recently secured a prestigious Principal Investigator award from Science Foundation Ireland (commencing January 2018) to the value of €1.9 m to examine the molecular control of puberty and semen quality in bulls. I have successfully completed, as principal investigator and co-ordinator, two large DAFM funded projects examining;

I am currently a funded investigator on four major nationally funded research projects (including as a collaborator on a recent Science Foundation Ireland Career Development Award 13/CDA/2182). I have been a funded collaborator on five other large research grants over the past 10 years. I have completed courses in quantitative PCR, cell culture and proteomics at the University of Hertfordshire, UK (2007-2009) and in cellular pathology at Dublin Institute of Technology (2014).

I was awarded an Ireland-Canada University Fellowship (€5000) research study trip bursary in 2012 to conduct research into aspects of feed efficiency in cattle at the University of Edmonton, Alberta, Canada. I was recently a member of a three person international committee to review the Ruminant Production Research Programme of IRTA, the agency with responsibility for Research and technology in Food and Agriculture in Catalonia, Spain. I am currently chair of the organising committee for the annual British Society of Animal Science annual conference, to be held in Dublin in April 2018.

I have successfully supervised the studies of 15 Ph.D. and 9 M.Sc. students to completion as principle supervisor (details available on request) and co-supervised the theses of a further 11 Ph.D. graduates. I am currently the principle supervisor of 3 Ph.D. students, two Post-doctoral researchers and one research technician. I have acted as external examiner on two M.Sc. and three Ph.D. theses.