Farmers have been improving and modifying their crops for centuries. Specific traits such as high yield or disease resistance are identified then through the processes of breeding a hybrid line is created that expresses the desired agronomic trait. This conventional form of breeding has had great success but it also has limitations. In the case of potato, one such limitation is the length of time it can take to breed a new potato variety - up to 15 years. This contrasts with ~ 3-5 years for the generation of a new potato variety using GM (or genetic modification) technology. The application of biotechnology to crop research accelerates the pace of breeding. GM allows researchers to quickly introduce a gene(s) for a specific trait into a target variety, which it is currently lacking.

Late blight is a serious pest of potato. In Irish climatic conditions unless conventional farmers use chemical fungicides 100% crop loss is a real possibility, 15- 20 sprays are required to protect each potato crop!

Wild potato plants, found in central America, exhibit strong resistance to late blight disease and several genes that support this response in wild potatoes have been identified. A Dutch publicly-funded research programme using GM techniques has inserted these wild potato genes into a European commercial potato variety (var Desiree) that is otherwise highly susceptible to late blight disease. While the potential of this material is clear, the general public remains apprehensive (and at times confused) about the perceived environmental impact. There are also issues associated with how such crops would be grown and how they could be segregated from other crop systems (e.g. organic production), so as to provide effective coexistence measures.

Teagasc research is focussed on addressing these concerns and the GM potato research programme has been investigating several aspects of this issue since 2002. It is important to note that Teagasc is not in the business of developing GM potatoes for commercial use. On the contrary, Teagasc is researching the issues in response to the public’s query for further Irish-specific information and research.

Teagasc has concluded a field-based study through the EU funded ‘AMIGA’ project, which comprised 22 partners across 15 countries. Tasked with Assessing and Monitoring the Impacts of GM crops on Agroecosystems, as part of this study we investigated the environmental impact of a GM potato line developed by colleagues at Wageningen University to contain durable resistance to potato late blight disease; causative agent of the Irish Potato Famine. This work was conducted at Oak Park under license by the EPA and the results were released in early 2018 following publication in the European Journal of Agronomy and BMC Ecology. 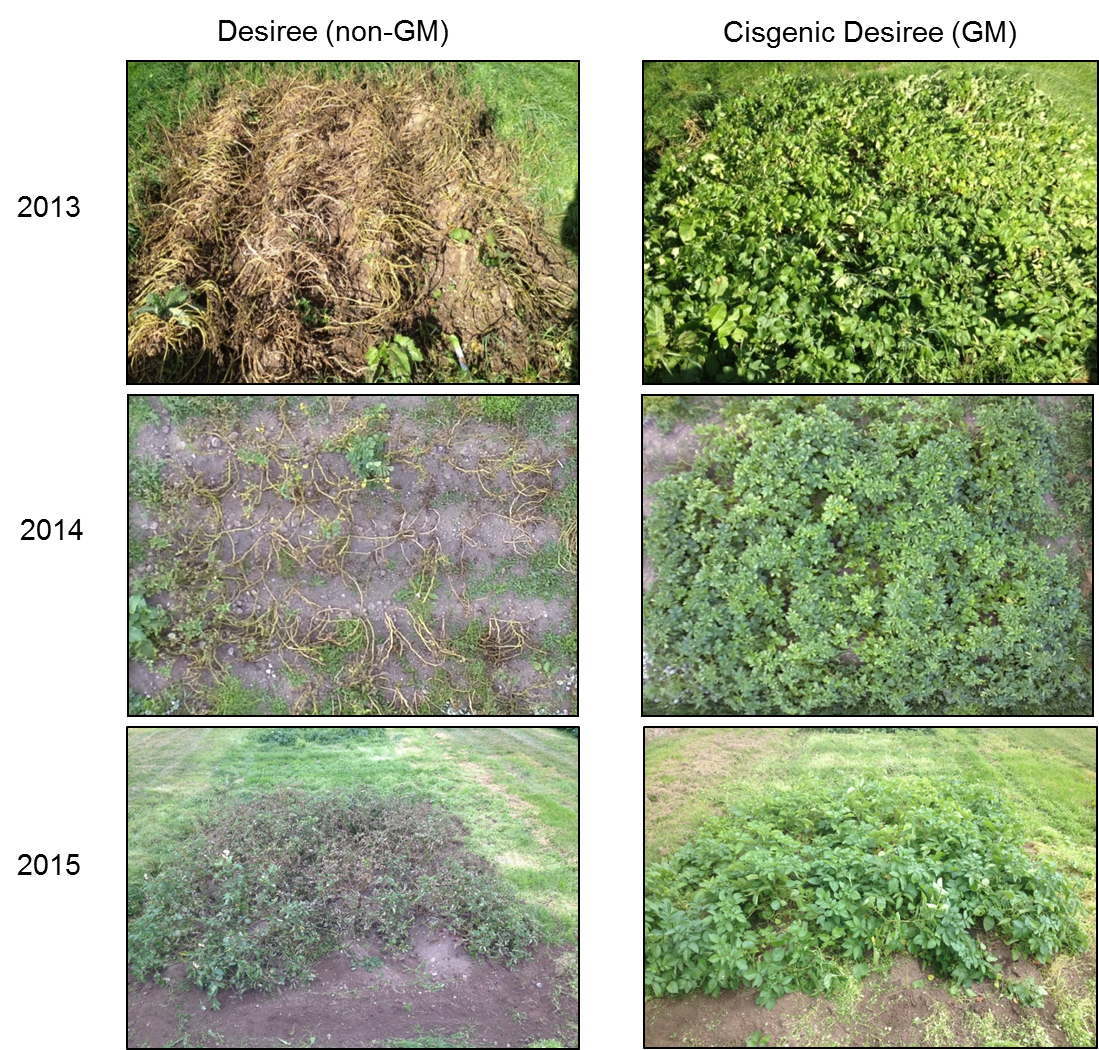