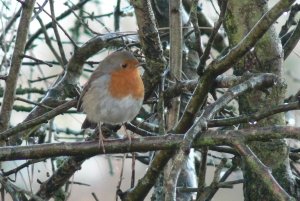 A well planned mixed broadleaf/conifer forest provides greater habitat and hence species diversity than a mainly coniferous forest and will be more natural looking in the landscape. By following the Forestry & Biodiversity Guidelines published by the Forest Service, new farm forests can achieve the twin objectives of enhancing the number and type of species of living creatures within the forest ecosystem and the production of quality commercial timber. 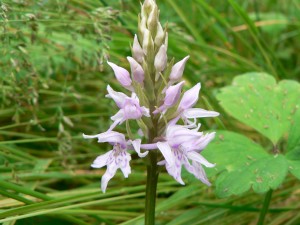 Wild plants, flowers and grasses, are a vital link in the natural food chain and provide food, pollen and cover for a range of insects, birds and mammals. Open space deliberately left or otherwise within the farm forest will be quickly colonized by wild plants whose food and pollen may be beneficial to butterflies, hedgehogs, bats and many bird species.

Different wildlife species need different plants for food and cover. Your farm forest can be improved by encouraging the development of bluebells, wood anemones and grasses.

Shrubs such as hawthorn, hazel and holly will provide a valuable source of food and cover.

Hedgerows and scrub within and adjacent to the forest not only provide shelter but also a habitat for a range of plant species and the animals they attract. They also act as important wildlife corridors and overall are a key factor to enhance biodiversity.

External hedges and the prolific associated vegetation contribute to the creation of the woodland edge which acts as a transition zone for plants and animals between managed farmland and the forest habitat.

Forests are an important habitat for a variety of bird species. A farm forest planted with a number of broadleaf and conifer species will, in general, attract a larger number of woodland bird species than one containing even-aged conifers. Retention of hedges and scrub and the creation of a woodland edge with shrubs such as hawthorn, hazel and holly will encourage a more diverse bird population.

The role of old dead and dying trees in a forest should not be underestimated as they provide food and nesting habitats for many birds including barn owls, kingfishers, coal tits and treecreepers. Most woodland bird species have undemanding habitat requirements while a species such as the pheasant requires a variety of habitats for roosting, cover for shelter and also open areas for territorial displays. 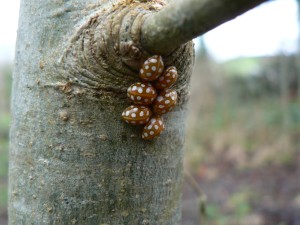 As with wild plants, insects are a vital food source to both birds and mammals. Like plants, their population and species diversity will respond to habitat diversity which in turn will attract other bird and insectivorous mammals from further up the food chain.

Mammals like birds need food, shelter and breeding sites. These are available to varying degrees in a farm forest situation. Many small mammals will hibernate within the secure environment of the farm forest and also raise their young.

As the farm forest matures the various forest operations will have an important bearing on animals and plants. For instance, thinning the stand will increase the amount of light reaching the forest floor and stimulate the growth of ground vegetation. This then makes the forest habitat more attractive to sparrow-hawks, long-eared owls and woodcock.

In the period after clearfelling, there is a massive recolonisation of vegetation attracting a range of insect and bird life including the nightjar and hen harrier until the area is replanted.

Farm forests are known to reduce the leaching of nutrients from agricultural soils and in turn this may affect water quality in adjacent watercourses and aquifers. Research confirms that mature conifer and broadleaf farm forests can reduce both the concentrations of nitrate and the quantity of water draining to groundwater compared to arable and intensively managed pasture.

Along major watercourses and streams within or adjoining farm forests the retention and enhancement of the existing scrub and vegetation cover will help to lessen bank erosion and slow floodwater thereby reducing its impact on the surrounding land. This also maintains wildlife habitats and their role as wildlife corridors.

Global warming is a worrying issue for us all. The increase in the levels of atmospheric CO2 is a significant contributory factor in global warming. Trees are described as " the lungs of the planet" and play a vital role in absorbing and retaining CO2 and releasing oxygen. This is known as carbon storage and it contributes significantly to reduce the accumulation of one of the most important of the so-called 'greenhouse gases'.

The average rate of carbon storage in Irish plantation forests has been estimated to be above 4 tonnes of carbon per hectare per year. As the quest for reducing atmospheric CO2 is imperative, it is clear that farm forests have a major positive contribution to make to the protection of the global environment. 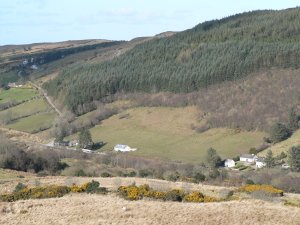 By their nature, forests can have a considerable impact on the landscape and should be planned to be sympathetic to the landscape into which they are being placed.

By adhering to the Forestry and Landscape Guidelines published by the Forest Service, the design of the farm forest can be planned to optimize the aesthetic impact of the forest in the landscape.

In general, the design of a farm forest should seek to:

By adopting other appropriate guidelines, the farm forest can be an attractive, unobtrusive and a valuable addition to the lowland landscape.