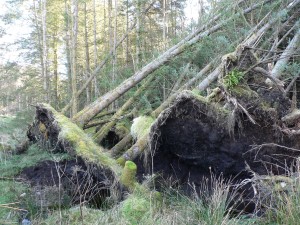 The purpose of the Windblow Reconstitution Scheme is to provide financial aid to land owners whose plantations were damaged by storm force winds that occurred between 5 December 2013 and 12 February 2014, with the most severe windstorm, named ‘Storm Darwin’, on 12 February 2014. The frequency and ferocity of these storm events, compounded by waterlogged soils on many sites, led to extensive damage on forest lands, affecting some 8,000 hectares overall.

A maximum grant of €1,700 per hectare up to a total of 10 hectares will be made available under the Scheme to those private forest owners meeting the eligibility criteria. The budget allocated to the Scheme can provide funding in respect of a total of 2,000 hectares. In the event of applications received exceeding that amount, a selection process will be undertaken after the closing date for receipt of applications in an effort to ensure that funding is allocated on an equitable basis to favour those forests which suffered the greatest loss.

The closing date for receipt of applications will be 24 February 2017.