Q. Can you build trace element levels in the soil?

Base fertilisers can also have trace elements added this would be a good nutrition policy where soils are low in trace elements. There is very little work carried out in this area so it is difficult to quantify changes in soil trace element status over time.

Q. What soil tests are available to measure soil manganese and how accurate are they at predicting a soil Mn deficiency?

There are a number of tests to determine the soil Mn. For example the total Mn test – This test is a very poor indicator of the soils available Mn status and very poor in detecting a Mn deficiency. Total Mn is generally used in combination with Cobalt, as the total Mn goes above 600ppm and soil Co is <3.0mg/kg there is the risk of Co deficiency in livestock.

ER Mn (Easily reducible Mn) the 2nd test that was developed and is currently tested for by Johnstown Castle is the ER Mn. This test is a great indicator / predicator of a Mn deficiency in tillage crops. The ER Mn measured in the soil is strongly related to the Mn in the plant tissue therefore a good predicator of Mn sufficiency / deficiency. Where the ER Mn is <80 mg/l there is a high risk of a Mn deficiency during the growing season. 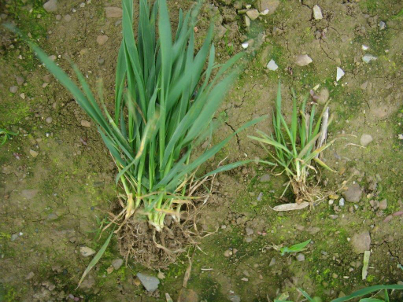 Q. Can Cu improve the efficiency of N uptake by a cereal plant?

Cu is important in plant function (A component of several enzymes, with roles in photosynthesis, respiration, protein and carbohydrate metabolism, lignification and pollen formation) but there are no indications that it improves the uptake of N by the plant.

Q. What yield responses are expected in cereal crops grown on a low soil Cu site?

Another trial investigate the effect of a foliar application of Cu, Mn & Zn applied in equal splits as above combined with 3 N rates – 0, 150 & 200kgN/ha to create different yield levels. A significant yield response was obtained at the 150kgN/ha (+10%) but no yield response at the high N rates which produced 9.2 – 9.4 ton/ha. This would indicate that the non – pH dependent mobilization of Cu increases as fertiliser N rate is increased, probably due to greater production of chelating agents in root exudates by high yielding, vigorous cereal crops.(Scottish research 1984/85)

Do higher yielding crops have a higher Cu requirement / demand?

It would seem logical that higher yielding crops would have a higher requirement for Cu as there would be larger crop off takes in grain & straw. A research trial tested soil applied Cu oxychloride combined with 3 N rates 0, 150 & 200 kgN/ha. A yield response of 22 – 25% was obtained on the 0 N treatments despite a moderate soil Cu status of 1.6 – 2.1 mg/kg. There was no yield response to Cu at the 150 – 200 kg N/ha rates despite the doubling of the plant Cu off take in those treatments which had nil Cu but received fertiliser N. Soil solution measurements at these two sites showed that mobilization of Cu into soil solution in the root zone soil, which occurred through the season in N –fertilized plots gave similar concentrations of Cu to those plots with nil N. This trial concludes that high yielding crops maybe more efficient in obtaining Cu from the soil, given similar levels of extractable soil Cu prior to seed sowing, as far greater mobilization of Cu occurs under a high yielding crop. Thus reducing N input may lead to an increase in Cu deficiency in cereal crops. On soils with low soil Cu status apply appropriate Cu soil / foliar product. In addition the above would indicate that a well developed root system is a key factor to ensuring sufficient Cu uptake by the plant.

Q. Why will high soil pH reduce Mn availability in the soil & consequently result in crops deficient in Mn?

High soil pH will result in depressed Mn levels in the soil as Mn becomes absorbed on to soil surfaces and not plant available.

Q. Will high levels of soil P reduce the availability of Mn for plant uptake?

High soil P status will result high levels of P in plant tissue and lower levels of Mn in plant tissue. It has been suggested that the high soil P results in elevated P levels in the plant tissue that interferes with the uptake and or translocation of Mn , rather than a direct effect of soil chemistry on Mn availability.

Q. What effect will soil pH have on Mn availability?

As the soil pH increases by 0.1 of a unit above soil pH 7.0 Mn availability in soil water theoretically drops 10 times.

Q. What is the type of trace element source in Epso Combi top?

The formulation of Mn & Zn is in water soluble sulphate form.

Q. How effective is the application of Zn to the soil in meeting crop Zn requirements?

Q. What is the difference between sulphur deficiency and Zn deficiency in cereals?

Sulphur deficiency in cereals is generally identified as a pale yellowing of the youngest growth (Leaf) on the crop. Zinc deficiency shows pale crop growth with severe crop stunting and maybe confused with S deficiency (Zn deficiency will affect both old & new leaf growth, S def only affect new growth). Zn deficiency is generally most noticeable at early stages of growth. Symptoms of Zn deficiency in severe cases may appear as yellow streaks on the younger leaves of barley and wheat. Also on barley white streaks may appear along leaf edges. Often the entire leaf margin maybe bleached. The growing point may die in severe deficiency and plants remain stunted. Wheat will also be stunted due to reduced expansion of the internodes

Q. Where straw is chopped and cultivated in, how available is the trace elements from the straw?

Where straw is chopped and incorporated it will become available for plant uptake over the following growing seasons. For example a 3t/ac of spring barley straw crop will contain in the region of 225gMn, 9g Cu & 55g Cu.

Q. Can Mn & Zn be applied to the seed before sowing?

Yes seed can be treated with either Mn / Zn. In sites that are severely deficient in Mn / Zn, it can be the best approach to ensure the plant will not suffer a deficiency in the early stages of root and shoot development. It is essential on Mn deficient soil types as Mn has a key roll to play in root and tiller development in cereals. In addition P placement can be beneficial on a Mn deficient site as P will stimulate a large root structure therefore meaning more soil exploration resulting in more Mn uptake by the plant. The crop will still require Mn/Zn supplementation but will ensure good establishment in the early stages of the cereal plant.

Q. Are some varieties of barley more susceptible to Mn deficiency than others?

Q. Is there any trace elements in ground limestone?

Amounts would be very small.

Q. What effect will temperature and soil moisture have on trace element availability?

Q. Will seed depth have an effect on Mn availability?

Sow seeds no more than 2.5cm as this will encourage a good and stronger root development / system.

Q. Can trace elements be applied as a fertiliser and how effective are they in meeting crop requirements?

Q. What is the best time to apply foliar trace elements to cereals?

The best time to apply foliar trace elements is when the crop is actively growing when air and soil temperatures are good. Apply from GS 13 - 15 up to GS 32. Generally a little and often is good therefore split trace element applications and apply at least 2 – 3 times where a severe trace element deficiency is expected.

No, foliar trace elements are applied to meet the crops requirements during the growing season with little or no soil residual effects.

Q. What are the trace element level in organic manures?

Poultry litter can also be a very good source of trace elements. 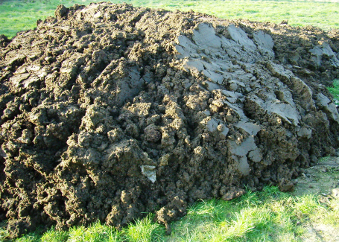 Q. What is the difference in leaf symptoms between Mn & Cu deficiency?

Q. What is the soil Mn Index?

See table below for the Mn index .

Q. Can trace elements be applied to the soil to correct a nutrient deficiency?

Yes, soil applications of Cu & Zn are very effective at sowing time to reduce the risk of a deficiency. Mn needs to be applied as a seed dressing or a foliar spray.

Cu - apply 2.5 – 5.0kg Cu sulphate (25%) as a soil applied spray and cultivate(work into soil) into the soil as Cu tends to be very immobile in the soil. Where the soil is very deficient double the rate to 5 - 10kg/ha. The treatment will be effective for at least 5 years and probably 10 years. A crop spray is a useful insurance in the first crop after soil treatment with a 0.5l/ha of Cu oxychloride or equivalent foliar spray.

Mn application to the soil is not successful as Mn tends to get bound and locked up in the soil. To improve the uptake and availability of soil applied Mn to a cereal crop it is necessary to apply and place Mn with an acidic base fertiliser at sowing time to increase Mn availability to the crop during establishment. The most effective fertiliser regime for Mn is Mn treated seed followed by foliar Mn spraying.

Yes and no! It will reduce deficiencies due to the fact that there will be a larger root system developed by the plant therefore allowing the plant to explore a larger volume of soil. In addition due to rapid development for example a zinc deficiency can be induced on low Zn soils due to rapid plant development and low soil supply. In conjunction with the above where a site/ soil is deficient in anyone or combination of trace elements the crop will require a suitable trace element programme to reduce a loss of grain yield applied at the correct time with a suitable product.

Q. What is a hidden trace element deficiency?

A hidden trace element deficiency is one in which the plant shows no signs or symptoms in visual plant characteristic. There may not be differences until the plant comes close to harvest for example plant height difference, time of maturity etc for example a winter wheat crop can suffer a 30% yield loss to a Mn deficiency and show no visual crop symptoms or signs detected. For example cereals crops can suffer a 20% yield loss to a deficiency of Cu and show no more than white tipping or secondary tillering can also be an indication of a Cu deficiency. In conclusion it is essential to have a recent soil / plant analysis report to identify the soil trace element status in order to advise a suitable programme to meet crop micro nutrient requirements.