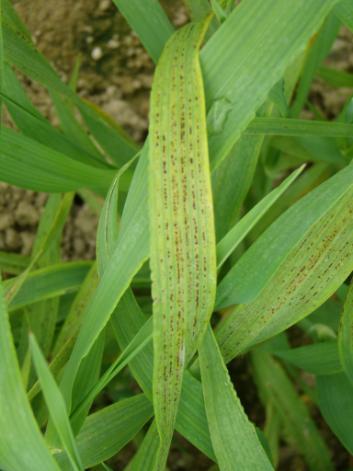 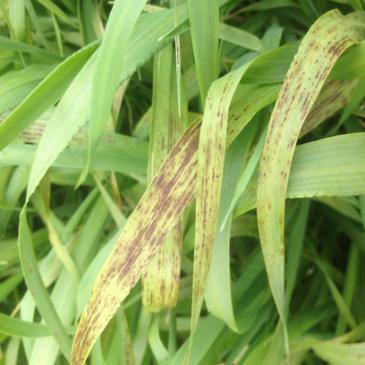 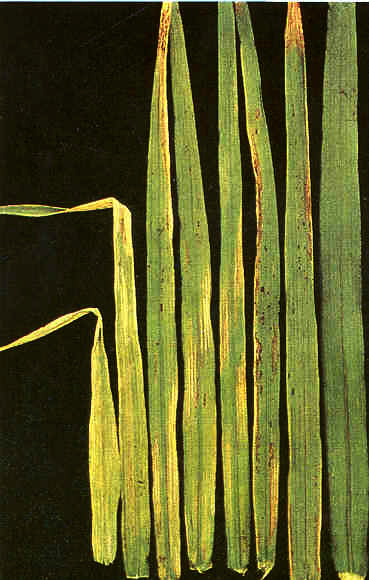 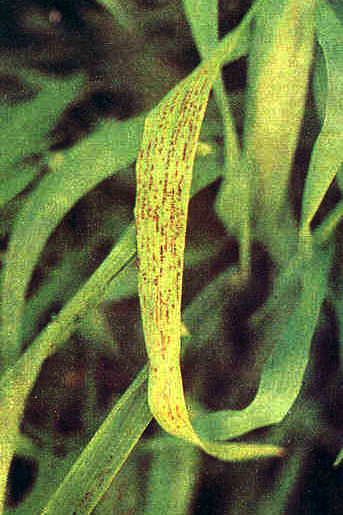 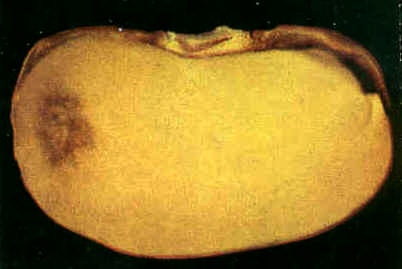 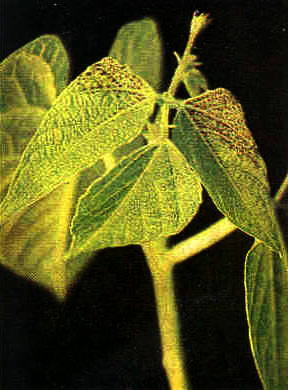 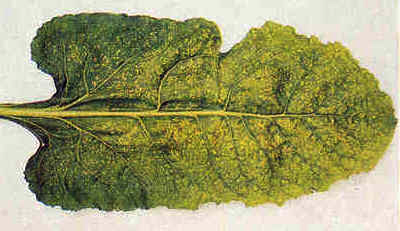 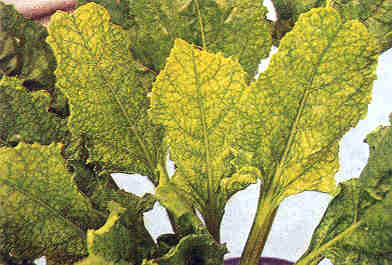 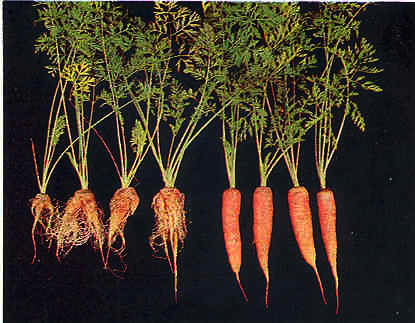 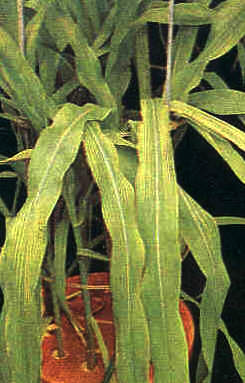 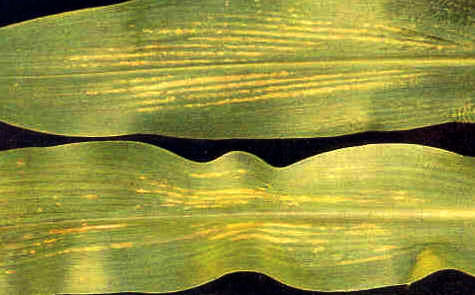 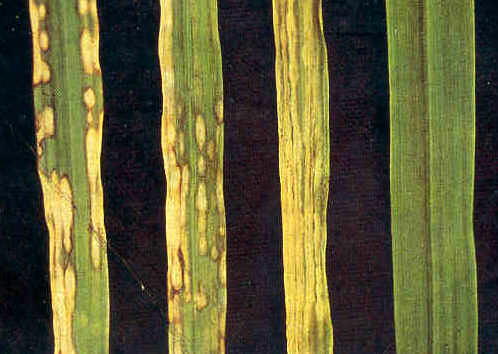 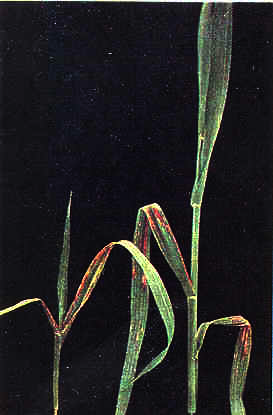 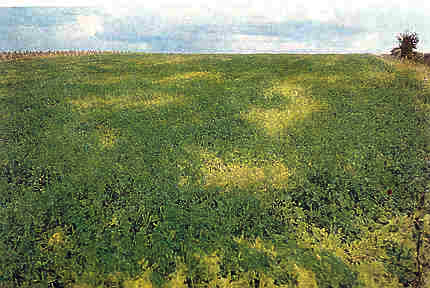 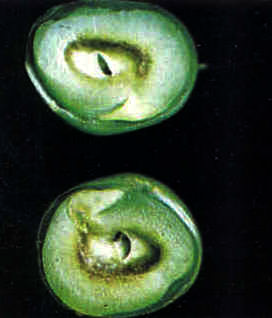 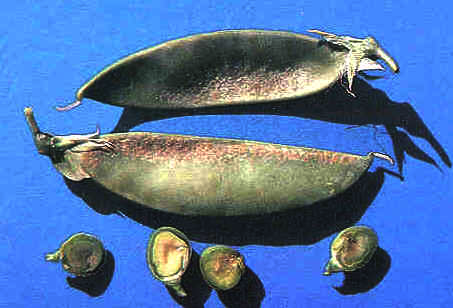 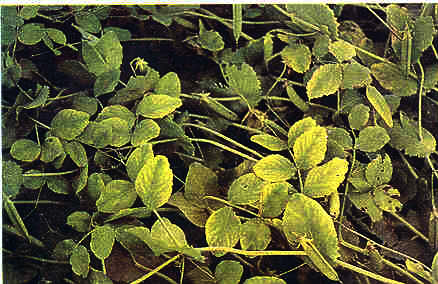 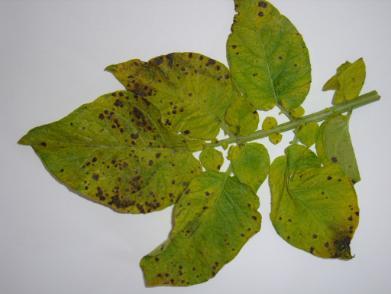 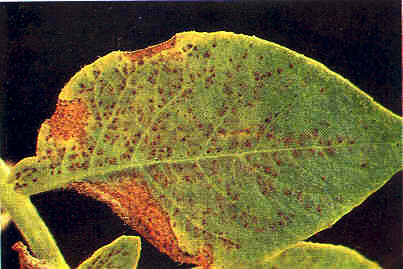 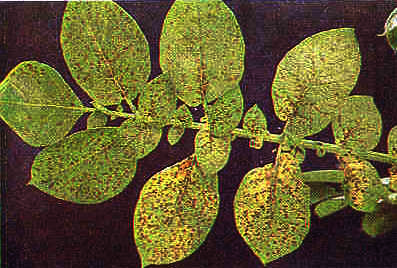 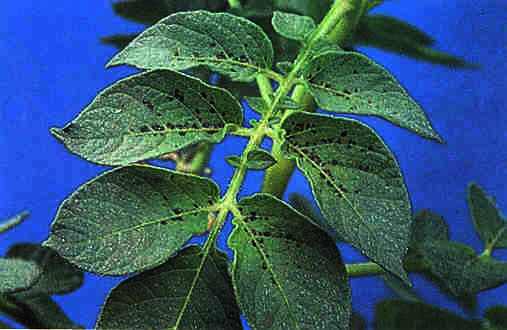 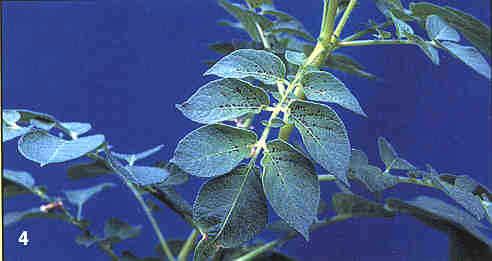 Discrete black/brown spots along veins or over the whole surface of younger leaves in particular.  These symptoms, together with general rather interveinal yellowing allow distinction from magnesium deficiency 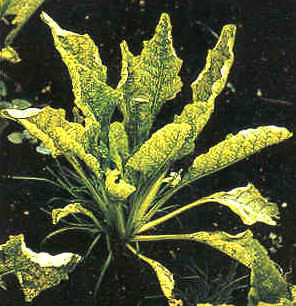 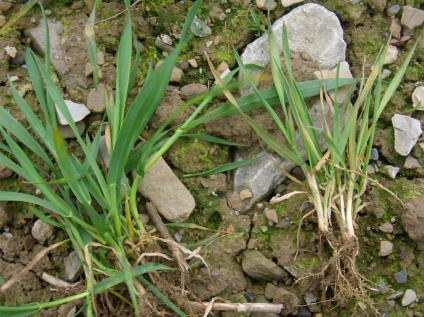 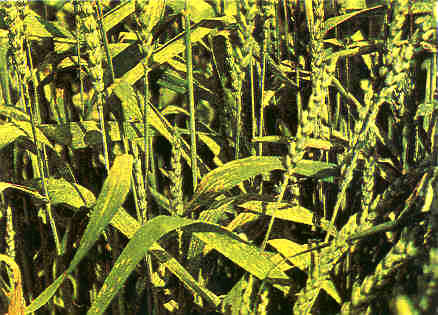 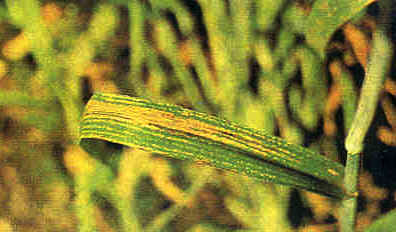 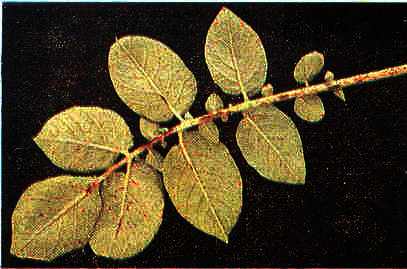 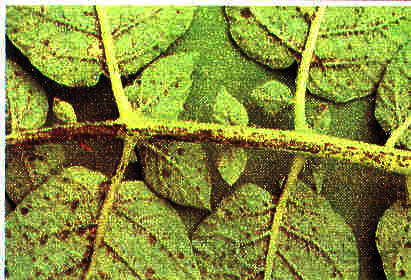 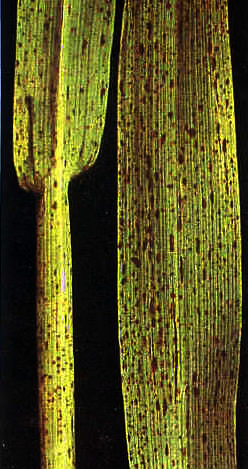