Testing the benefits of grassland mixtures under experimental drought 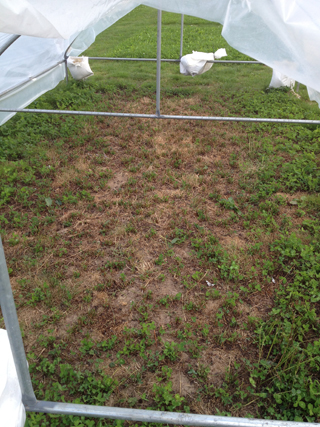 We established a field experiment with experimental plots comprised of monocultures, two-species mixtures and four-species mixtures of grassland species used in grassland forage production. A rain shelter (see photo) was placed over one of a pair of similar plots to impose a drought stress for a period of several weeks. We are measuring the response of the vegetation to the drought by comparison with the control plot.

This work will be completed in late 2015.

As part of the AnimalChange project, we have also analysed data from a previous experiment. Results from a pan-European study, COST Action 852 ‘Quality Legume-Based Forage Systems for Contrasting Environments’, clearly demonstrated yield benefits of grass–legume mixtures compared to monocultures at 31 sites across a range of climatic conditions (Finn et al., 2013).Furthermore, mixed swards were more resistant to weed invasion, which is projected to be increasingly prevalent under climate change due to increased incidence of invasive plant species. This work has now been published (see below for links to the relevant publications), and the data is publicly available in Kirwan et al 2014. 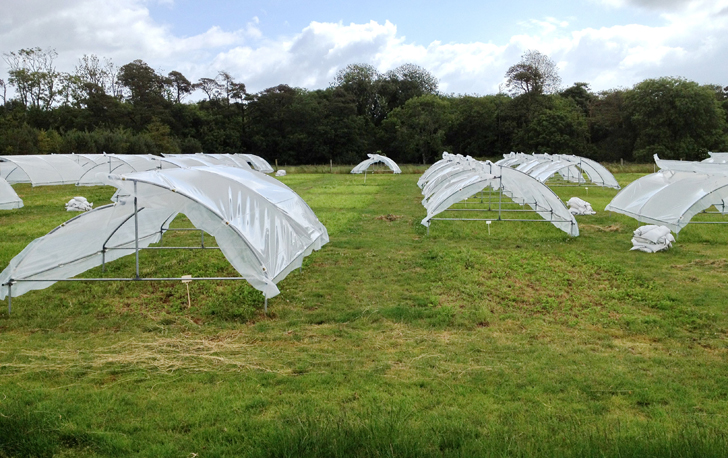