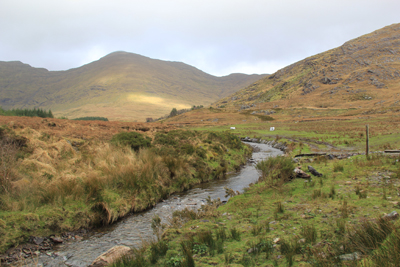 The KerryLIFE project will run for 5 years from 2014 working with farmers and forest-owners in the Caragh and Kerry Blackwater catchments in Co. Kerry, to support sustainable management practices for the conservation of the Freshwater Pearl Mussel(FPM). The project is made possible through €5 million funding for Freshwater Pearl Mussel conservation in South Kerry under the EU’s LIFE+ programme.

The KerryLIFE project is an integrated project between the Department of Arts, Heritage and the Gaeltacht, Department of Agriculture, Food and the Marine, Teagasc, South Kerry Development Partnership and Coillte, working closely with local communities and stakeholders in the farming and forestry sectors to address the pressures of siltation and nutrient enrichment to deliver sustainable land use management for the conservation of the Freshwater Pearl Mussel.

Recruitment for the project will occur in late 2014, with a project office being set up in Co Kerry.

Freshwater Pearl Mussels are very sensitive to environmental pressures (e.g. sedimentation, pollution, degradation of habitats) and in Ireland, the principal threat to the species is believed to be poor substrate quality as a result of siltation and nutrient enrichment. 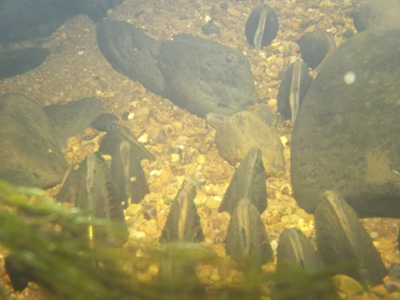 The Freshwater Pearl Mussel Margaritifera margaritifera is a long-lived mollusc that is found in coarse sand or fine gravel in clean oligotrophic, fast-flowing and unpolluted rivers and streams. In Europe, the species has undergone a 90% reduction in range and population over the last century. Ireland is considered a stronghold for the FPM and is believed to support approximately 46% of FPM individuals in the EU. However, recent reports found that the conservation status of all Irish FPM populations were ‘unfavourable/bad’, and Ireland will be sanctioned with severe financial penalties unless efforts are made to rectify this.