Carbon sequestration is a biological process that takes place as part of the carbon cycle. Carbon sequestration occurs when carbon dioxide (CO2) is absorbed from the atmosphere by plants during photosynthesis. Carbon is then assimilated into its organic form and can either be respired (by plants or microbes) or stored more permanently in the terrestrial biosphere i.e. in soil or in woody biomass.

Gross carbon sequestration equates to the difference between respired and stored carbon. If the rate of ecosystem respiration is greater than storage then the ecosystem is acting as a source of CO2. Conversely, if more carbon is stored than respired, an ecosystem will act as a CO2 sink. Globally, soils and forests store vast amounts of carbon with agricultural ecosystems such as grasslands, peatlands and woodlands acting as important sinks.

In Ireland, temperate agricultural grasslands have significant potential to sequester CO2 as part of root biomass and in the soil. This could potentially aid in offsetting some of the methane and nitrous oxide emissions associated with agriculture. Therefore, enhancing carbon sequestration is vital for climate change mitigation and meeting greenhouse gas reduction targets.

There are a number of factors that influence the rate of carbon sequestration in agricultural ecosystems including:

However, there are uncertainties surrounding the baseline soil carbon stocks and the role of certain soil types, hedgerows and management practices. This in turn, makes it difficult to measure the overall rate of carbon capture and storage.

The first phase of a national soil sampling campaign was undertaken in 2021/22 across 104 Signpost Programme farms. Extensive soil sampling was performed on each farm to inform on the general nutrient status and gather preliminary information on soil organic carbon stocks. Ten centimetre core samples were taken across all Signpost farms, with further deep soil sampling scheduled to take place in 2022. Samples have been analysed for total carbon and organic carbon as well as pH and other major nutrients and trace elements. These analyses will act in tandem with the data from eddy covariance towers to help quantify soil carbon stocks and carbon sequestration rates on Irish farms. In turn, this will allow for a greater knowledge of sustainable land use management and will allow farmers to implement emission-reducing farming systems. 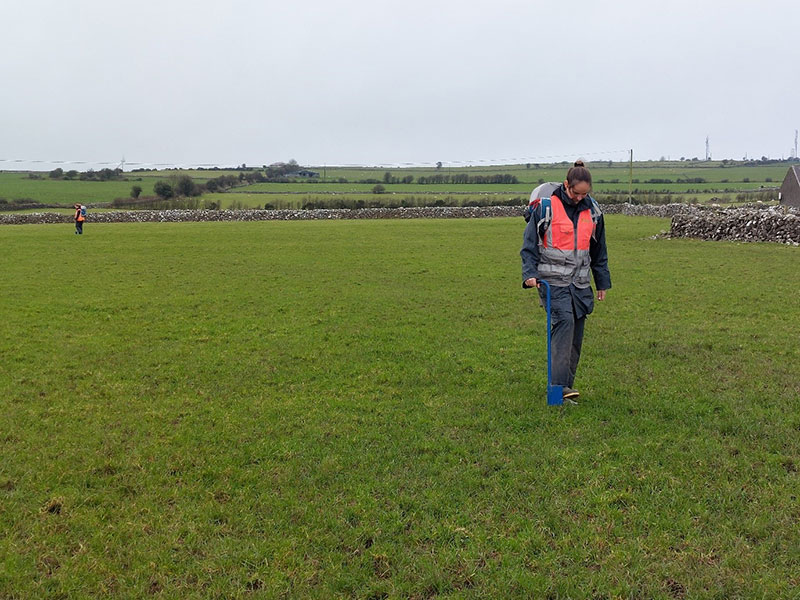 Find out more about the Eddy Covariance technique used to directly measure the rate of CO2 exchange between the atmosphere and terrestrial ecosystems in the videos linked below: