The Bioactive Peptide Discovery Unit at Teagasc Food Research Centre, Moorepark is a world class facility, equipped to purify and characterise bioactive peptides produced by microorganisms, protein hydrolysis or fermentation. This facility and related capabilities can be accessed by research institutes, SME’s, national and multinational companies with an interest in purifying, identifying, analysing or synthesising bioactive peptides for food or biomedical applications. 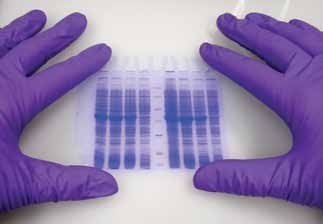 Many dietary proteins contain ‘encrypted’ peptides, released upon enzymatic cleavage, identified as having specific bioactivities of commercial interest. Examples include peptides that can influence blood pressure (anti-hypertensive), inhibit undesirable microorganisms (antimicrobial) and prevent infection (anti-infectives). The bioactive peptides associated with these biological properties may be developed as functional food ingredients or for pharma/biomedical preparations. The identification and characterisation of these molecules is the first step in their path to commercialisation.

The Bioactive Peptide Discovery Unit is a unique facility offering a one stop shop for those interested in any aspect of peptide identification, purification, analysis or synthesis.

The unit is equipped with:

Areas of Expertise Include: