A study involving wheats grown in different locations in Ireland and abroad (e.g. Canada, UK, Greece)has recently been completed. Traditional methods for wheat quality assessment are slow and cumbersome. The present project underpinned the traditional work with fundamental science using novel, rapid methodologies. Near infrared spectroscopy was deployed to collect information on whole grains, flour and the resulting breads. The proteins (low molecular weight, high molecular weight) in the different varieties were separated and studied. The starch pasting properties were being assessed using a Rapid Visco Analyser, and novel rheological tests on the resulting doughs were developed. Tests such as biaxial extensional viscosity (using uniaxial compression of dough) will be developed as a possible means of predicting baking properties of the dough. Biaxial extensional viscosity is of importance during stretching associated with bubble formation in dough during proofing. This project complemented current routine tests and will strengthened the scientific base underpinning this work. 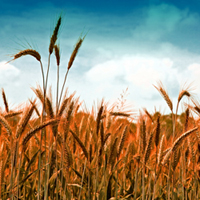 Some of the main novel techniques, materials and technologies that were used include:

Ktenioudaki, A., Butler, F. and Gallagher, E. (2010). The effect of different mixing processes on dough extensional rheology and baked attributes. Journal of the Science of Food and Agriculture, 90: 2098-2104.

Gallagher, E. and Ktenioudaki, A. (2009). Wheat discrimination according to the fermentation capacity of doughs. Chopin Tribune, 26: 2.