How to make the most out of weighing


Catherine Egan, Beef Specialist, focuses on the importance of weighing to ensure replacement heifers are on target for weight at mating and calving down at 24 months. She takes a look at the many benefits of weighing, and knowing cow weights, for the suckler farmer.

Every year when it comes to selecting replacement heifers with a target to calve at 24 months it becomes apparent that significant number won’t make ‘the cut’.  It is obvious in many cases that these heifers are not achieving the weight for age targets at bulling. Hence, they are left to grow on and calve at 36 months.

Research undertaken by Paul Crosson at Teagasc Grange, shows that delaying calving from 24 months up to 31-32-months, costs approximately €490 or €50/heifer/month mostly in the form of feed costs.

Over the past decade the percentage of heifers calved at 24- 26 months has hovered between 17-27%, according to the Irish Cattle Breeding Federation (ICBF).

The numerous benefits of calving heifers at 24 months of age have been highlighted at Teagasc events, farm walks and technical articles and these include:

However, this year with a total of 27,088 applicants partaking in BEEP-S, there is a wealth of data available to farmers which they can use to improve breeding management in their herds. For example, within Action 1, it is compulsory to weigh the unweaned calf and dam on the same day and by doing this a farmer will now know: 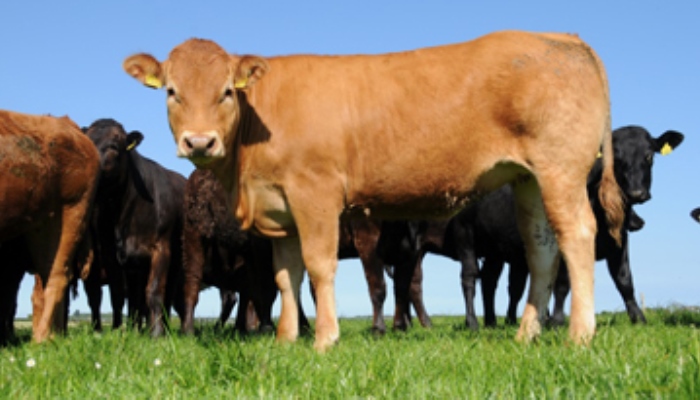 How you make use of this information

By knowing the average weight of your suckler cows you will now know what weight you will expect your heifers to grow into on reaching maturity. It is a great opportunity to analyse the heifer’s performance by checking their weight for age targets and growth rates.

For example, where the average weight of mature cows in your herd, is 700kg, heifer calves at weaning (8 months of age) should weigh approximately 300-320kg. As outlined in Table 1, heifers should be gaining at least 1.1kg/day from birth to weaning.  Subsequently, over the first winter the target gain for these animals is 0.6kgs/day.  Hence replacement heifers should be approximately 60% of their mature weight when bred at 15-months. This will ensure that the majority of them will be cycling at the start of the breeding season.

What does research show?

A two-year study (2015 and 2016), funded by the Department of Agriculture, Food and the Marine, was carried out at Teagasc, Grange Beef Research Centre using a total of 311 spring-born early- (Angus; EM) and late- (Limousin; LM) maturing breed heifers born to dams of either suckler beef (Beef suckler-bred - B) or dairy (Dairy-bred; D) cows. Heifers were sourced from commercial farms using herd and genetic information available through the Irish Cattle Breeding Federation (ICBF), and were assembled at Grange in October/ November each year.

The objectives of this study were to establish the age at which heifers of different breed types reached puberty, in order to establish breed type specific target weights up to breeding at 15 months of age to ensure puberty and early conception. Different winter nutritional regimes were also examined in terms of their effect on heifer growth rate and subsequent fertility. 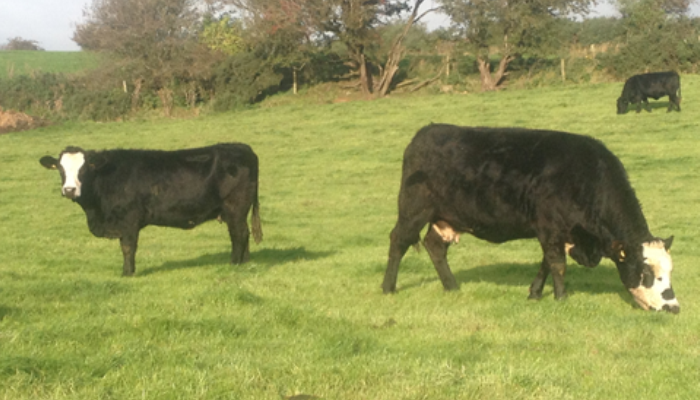 Subsequent research conducted at Grange has clearly shown that weight gain of heifers prior to weaning has a much greater impact on the timing of puberty onset and the likelihood of them being bred and conceiving during the first six weeks of the breeding season, than weigh gain thereafter. Therefore it is important that heifer calves destined for herd replacements are bred from cows with adequate milk yield and that good grassland management is practised throughout the grazing season in order that heifer calves have optimal pre-weaning growth rate and meet their target weight at weaning.

Another advantage of knowing the weight of your suckler cows at weaning is that you will now be in a better position to accurately administer treatments for internal and external parasites hence reducing the risk of under or over dosing which contribute to parasite resistance. On this week’s episode of the beef edge podcast Beef Specialist Martina Harrington gives tips on parasite control at housing.

In addition, farmers in BEEP- S that selected action 3 to send in faecal samples to the approved laboratory must reach the lab before the 1st November in order to comply with this action. A list of the approved labs is available HERE

How to listen to the podcast? Click HERE   or https://www.youtube.com/watch?v=PBmX83O-wgo