Michael Fagan,Technician of the Newford Suckler Demonstration Farm in Athenry, gives an update on Autumn Farm Sales 2020 as nine more beef cattle were slaughtered. He has a summary of the feed and management of the various animal groups on farm. All cattle were clipped and plastic was recycled.

9 beef bullocks, all of which satisfied Quality Payment System (QPS) spec, were slaughtered on the 25th of NovemberThe average grade for the nine bullocks was R = 3 =

The bullocks have had their tail and back clipped. This is helping animals to regulate body temperature easier with weather temperatures currently relatively high. It also helps to keep the animals cleaner and helps to avoid hide contamination at slaughter 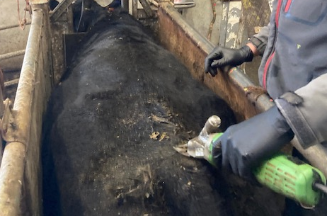 All cattle at Newford have had their back and tail clip

19 beef heifers, all of which met QPS spec, were also slaughtered on the 25th of November 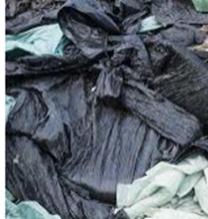 Newford Farm had its farmyard collection of plastic this week by the “Irish  Farm Films Producers Group.

There was 4.5 tonnes of plastic for collection