Michael Fagan, Technician of the Newford Suckler Demonstration Farm, Athenry, gives a detailed update on how the breeding season is progressing on farm. So far 93% of breeding cows have been inseminated in the first 3 weeks of breeding. Tail painting is used and Michael outlines sire criteria here

(Main photo above: Maiden heifers for AI on 21st April)

The Breeding season started on Wednesday the 21st of April and 100% AI is being used on the farm again in 2021. 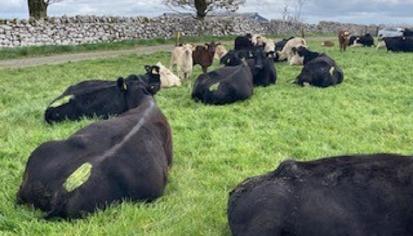 Sires which will be used on the Newford Herd for 2021 are as follows: 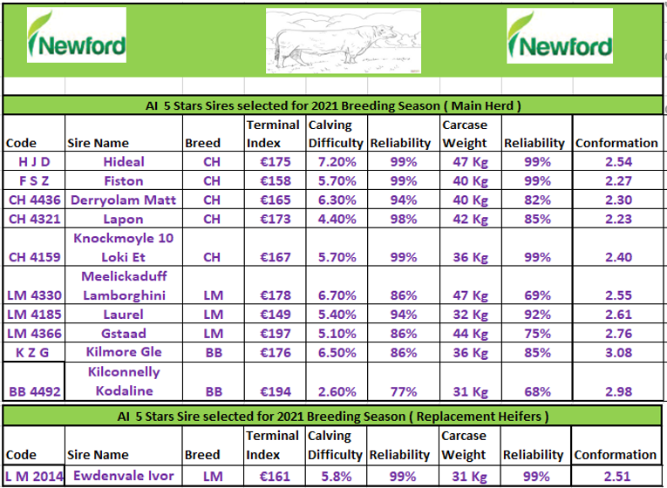 Table below: Grass Cover carried out on the 12th May 2021