Michael Fagan,Technician of the Newford Suckler Demonstration Farm in Athenry gives a detailed update. The weight, grading and performance of the batch of finished beef heifers is discussed,remaining heifers and weanlings are at grass, bullocks housed and plans for the week ahead are outlined

(Photo above: Weanlings settled back at grass three weeks after weaning)

26 beef heifers, all of which met QPS spec, were sold off grass (no meals) on the 6th of October

A sample of heifers and their slaughter performance is detailed below 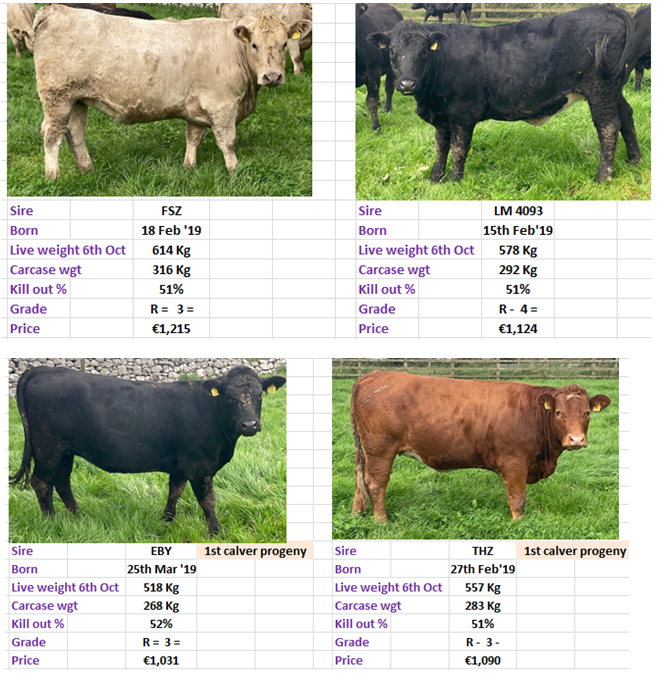 All heifers are receiving concentrates in the yard and this is working well on preventing damage to swards.