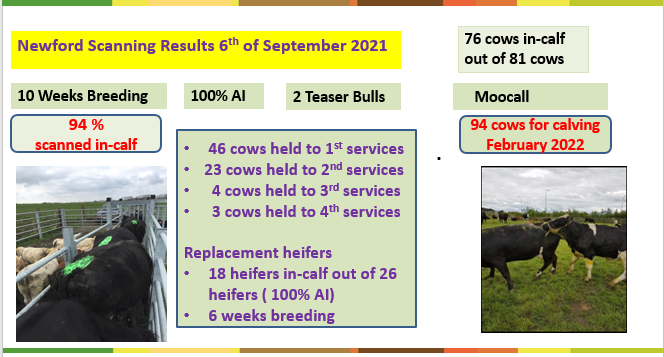 The 26 maiden bulling heifers (pictured below) were synchronised on the 13th of April and were inseminated over a six-week period. They were scanned on the 9th of July. 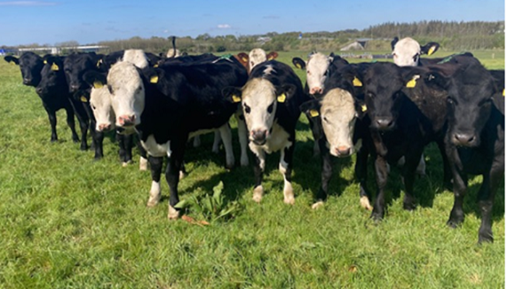 The six-week breeding season finished on the 2nd of June

Of the remaining eight heifers which did not go in-calf the scanning found that one heifer had a cyst while one heifer had lost her embryo and another heifer was treated for meningitis during the breeding season.

At the moment there are 42 beef heifers being fed concentrates at grass (4Kg per day) costing 30.5 cent per Kg of concentrate. Ration feeding of 12% protein for the heifers started on the 26th of July. Newford will be aiming to draft a large portion of these heifers towards the end of the month. 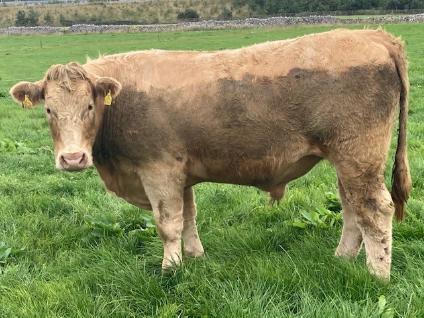 All the suckler calves are thriving well at grass, weather conditions have been very favourable. 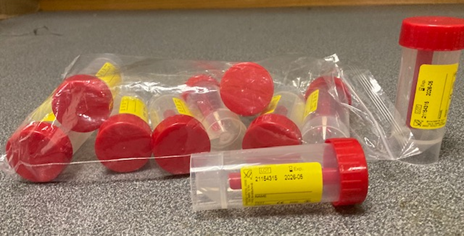