Michael Fagan, Teagasc Technician of the Newford Suckler Demonstration Farm in Athenry reports on the recent slaughter performance of the beef heifers and bullocks an compares the figures from 2015 to date. The weanlings are housed and he has a video on the drafting of the beef bullocks for 2021

15 beef heifers, 11 of which satisfied the Quality Payment System (QPS) specifications, were slaughtered on the 19th of November 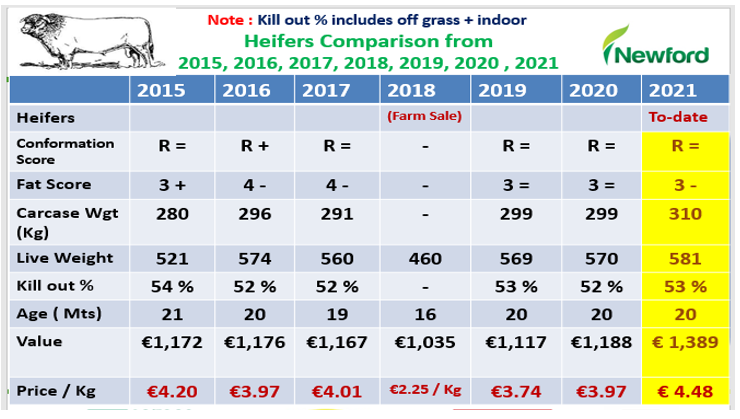 Seven beef bullocks, all of which met QPS spec, were also slaughtered on the 19th of November 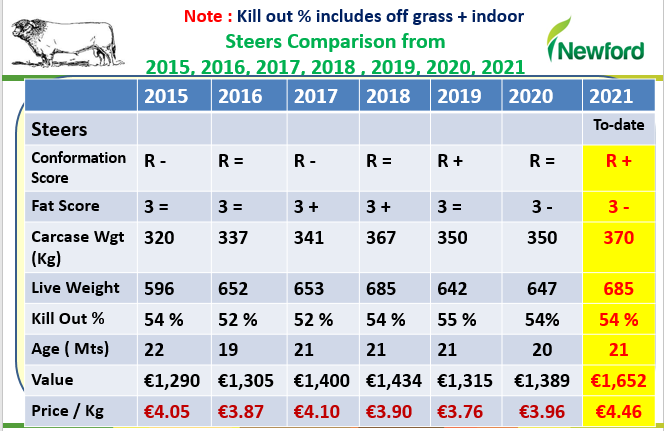 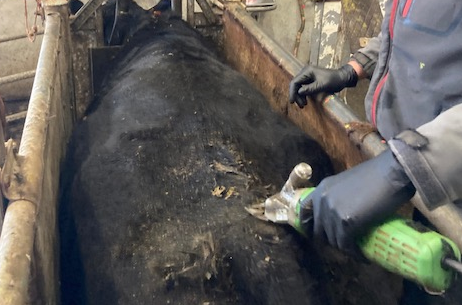 Their average daily gain (ADG) from birth was 1.22 kg liveweight

All the weanling heifers (41) are still at grass. A decision will be made in the coming days as to when they will be housed. There is still some paddocks with good grass covers to be grazed out and the good weather conditions is allowing this to happen on the farm at the moment.

Title: “Newford Farm drafts the first of its Beef Bullock’s for 2021”(watch below)