Setback from the latest TB test

Newford Farm suckler herd had a setback from the latest round of TB testing. Six mature cows and two calves were identified as reactors. These animals have been viewed by the Department of Agriculture’s valuer under the “ On farm market valuation scheme” and will be moved off the farm immediately.

Newford Farm is working closely with the Department of Agriculture District Veterinary Office and the DVO has decided that all suckler cows and all 2021-born beef heifers will be blood tested on Wednesday, 20th of July.  It is hoped that by blood testing these animals the possibility of a ‘super spreader’ animal will be identified and in turn speed up the process of getting back to a clean herd.

All of the 43 beef bullocks were weighed on Wednesday, 13th of July. 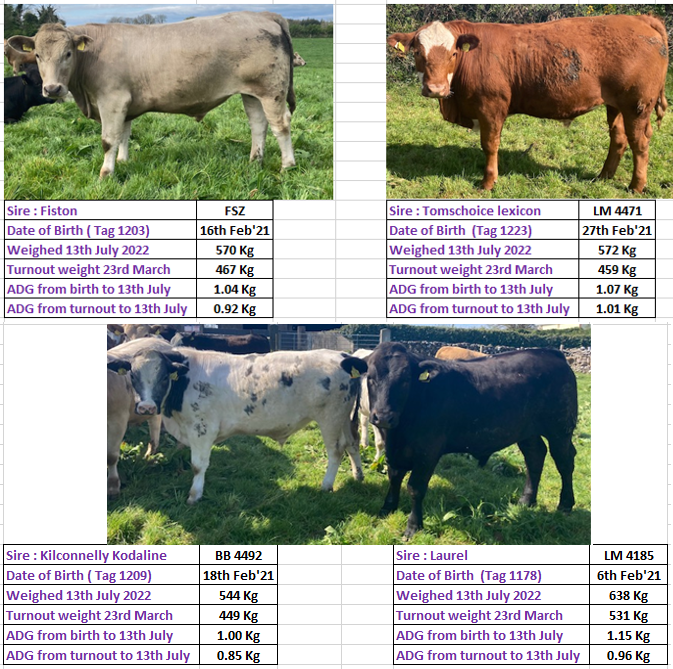 All cattle are thriving well on the farm with these very warm sunny days. 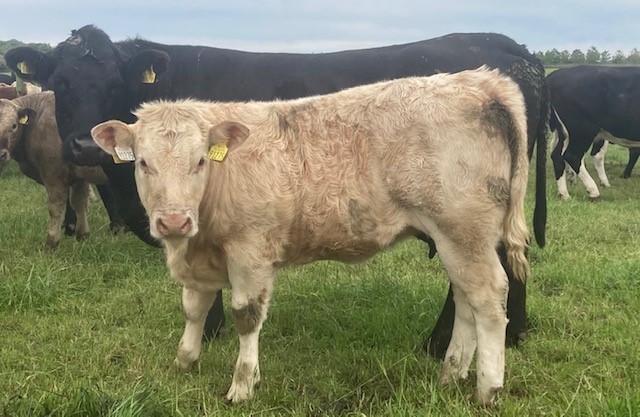 The 28 2022-born replacement calves have settled in well to Newford Farm since arriving on 17th June from the contract rearing farm. There has been no disruption to their level of thrive since arriving. 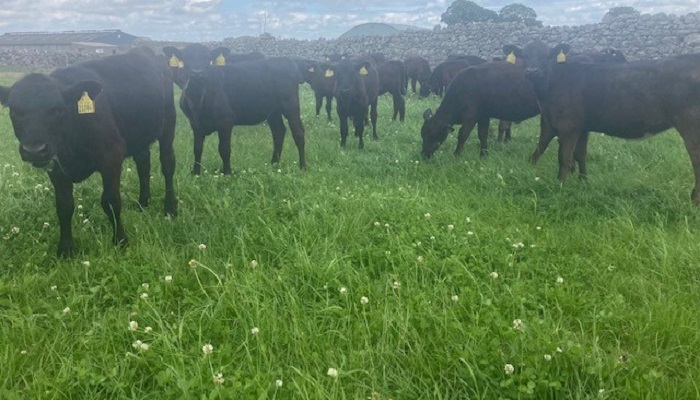 Newford Farm is placing more attention on enhancing the level of biodiversity on the farm. The farm has been selected as a demonstration farm as part of the Teagasc Signpost Programme. This will see a suite of measures introduced over the lifetime of the programme. These will serve to reduce the volume of gaseous emissions the farm produces, protect water quality, enhance biodiversity and ultimately reduce cost and create more profitable and sustainable farming practices. A number of these initiatives have already commenced.

The farm reseeded 2.43ha (6 acres) with a multispecies mix on 13th May 2022. This mixture contains broadleaf species which did not need any post–emergence herbicide. Research trials have shown that multi-species are excellent at resisting weed pressure and are environment friendly.

The below picture shows the Newford in-calf heifers very contented when offered the multi-species sward and grazing out their paddock to a very satisfactory level.

Below is a small paddock of multi-species on the home farm which was grazed on the 23rd of June and is ready for grazing again. This paddock got no fertiliser and appears to have established positively. 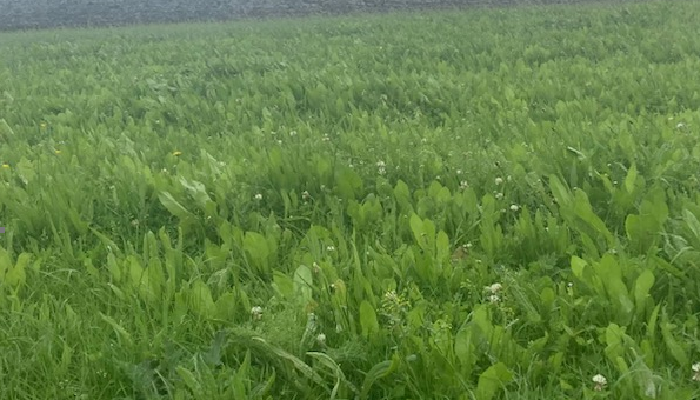