Researchers in Teagasc have confirmed that Irish strains of septoria are able to overcome a source of genetic resistance present in a range of near-market winter wheat varieties. This is the conclusion of a significant study led by Dr Steven Kildea, Teagasc crops researcher. Read more here 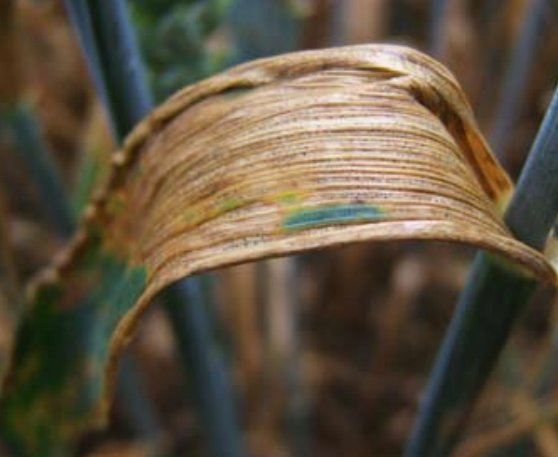 Researchers in Teagasc have confirmed that Irish strains of septoria are able to overcome a source of genetic resistance present in a range of near-market winter wheat varieties. This is the conclusion of a significant study led by Dr Steven Kildea, Teagasc crops researcher, and accepted for publication in the journal Plant Pathology.

Septoria blotch is the primary disease of the Irish wheat crop and requires judicious chemical treatment to ensure the crops yield potential is realised. In 2020, unexpected levels of the disease were observed on a selection of winter wheat varieties in a number of locations, each with the variety Cougar in their background, which has reported levels of septoria resistance.

As part of the Teagasc cereal disease surveillance programme, initial results confirmed the strains of Septoria isolated from these varieties were able to cause significant levels of disease on Cougar when tested under glasshouse trials.

Dr Kildea who led the research said; “Cougar derived resistance has been included in commercial breeding programmes for a number of reasons, including its initial resistance to Septoria. However, our work has now confirmed that this source of resistance is vulnerable to Irish strains of septoria. With upwards of 20% of the Irish winter wheat seed available for autumn 2021 expected to be made up of varieties bred from Cougar the implications of these findings are immediate.”

As four of the six winter wheat varieties up for recommendation for inclusion on the Irish winter wheat recommended list in 2021 have been bred from Cougar the detection of virulence prompted the crops research team at Teagasc Oak Park to conduct a rapid and detailed investigation.

This work confirmed that in addition to being able to overcome Cougar, these strains are also able to infect and cause high levels of disease on a range of varieties bred from Cougar, including those under review. There is no evidence to suggest that the septoria strains identified are more aggressive on other commercial available varieties, including SY Graham, which is now most widely grown.

Dr Kildea confirmed that further investigations are ongoing to determine how widespread this virulence is within the Irish septoria populations. Fortunately, following intensive sensitivity analysis these septoria strains are similar in fungicide sensitivity to the wider Irish Z. tritici population.

As varietal resistance forms a key pillar in cereal disease control the emergence of virulence to Cougar based resistance removes this key layer of integrated pest management (IPM), and as such growers must be aware of the risks associated. This risk is greatly increased in regions where septoria pressures is traditionally high, such as the South of the country. Here, even with well-timed fungicide programmes, there is a concern that adequate disease control would not be achieved and growers should consider alternative varieties.

In areas of lower septoria pressures, such as the north-east, growers should be aware of the increased risk associated with these varieties and develop disease control programmes accordingly.

The full scientific paper can be viewed here