Download the factsheet as a PDF: Dairy Enterprise Factsheet

The graphic below gives an overview of the average performance in 2020. 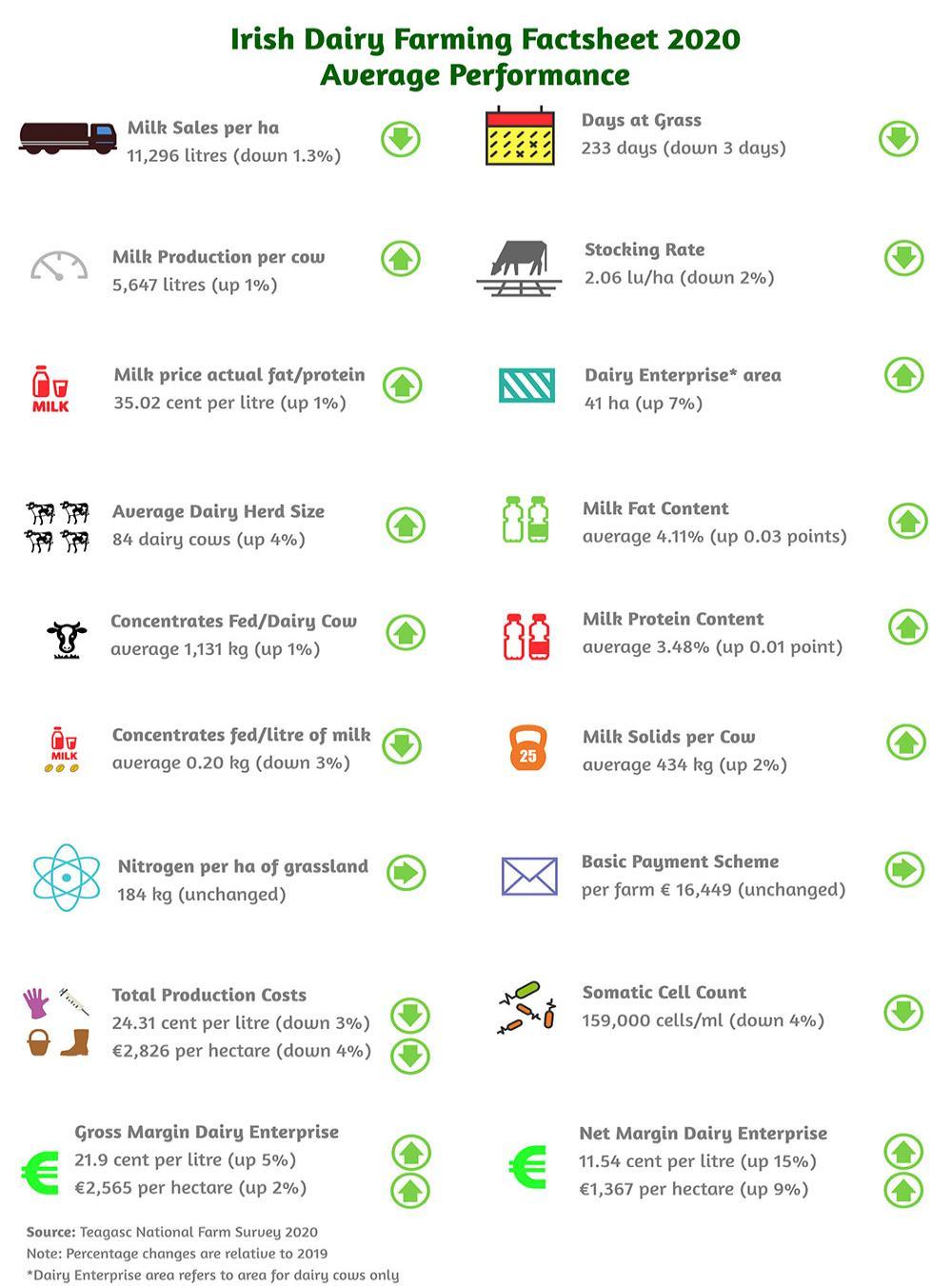 Data from the Teagasc NFS indicates that the average milk price increased marginally (1%) in 2020 resulting in a 2% rise in gross output per litre. In addition, due to a general decline in input prices and relatively stable usage, there was a 2% decrease in total direct costs for the average dairy enterprise. This is reflected in, amongst other things, the 4% average decline in concentrate feed costs and 5% reduction in pasture and forage. There was also a marked decline in total fixed costs, which were on average, down 5% compared to 2019. This was primarily due to reduced depreciation costs (14%) for both machinery and buildings, and lower expenditure on energy and fuel. There was some variation in other fixed costs but overall the direction was downwards. On average, total production costs decreased by 3%, to approximately 24.31 cent per litre of milk. Margin figures reported include hired labour costs, but the methodology does not treat farm family labour as a cost (see Box 1). Decoupled payments are also excluded. 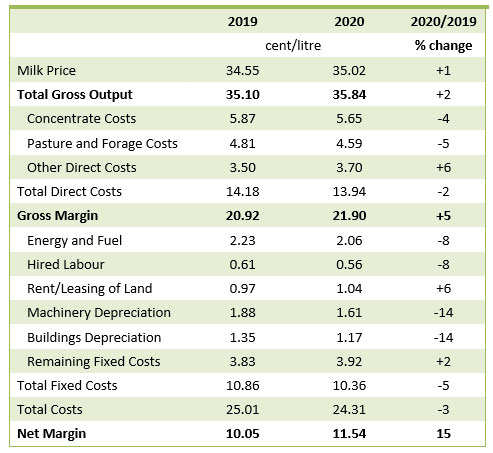 Production conditions in 2020 were generally benign and total milk production nationally continued to grow.  However, due to an increase in the land area dedicated to dairy production, there was a 2 % decline in milk produced per hectare compared to 2019.  In general, the production cost savings detailed above, led to a reduction in total costs per hectare of 4% resulting in the average dairy enterprise net margin, increasing by 9%, on a per hectare basis, in 2020.

Beyond the average, it is useful to also explore the performance of the better and less well performing cohorts. Splitting the population into three groups on the basis of gross margin per hectare, Table 3 shows dairy enterprise results for the best performing one-third (Top), the middle third (Middle) and bottom third (Bottom).  A wide variation across some cost components continues to be observed, with input expenditure typically higher for the bottom cohort.  Similarly, a comparatively lower gross output on average, results in a reduced net margin overall.

Relative to 2019, concentrate feed expenditure decreased in 2020 for all three cohorts, remaining highest for the bottom group, for whom pasture and forage costs were also highest.  Costs relating to hired labour were highest for the top group, higher output farms.   A wide variation in net margin is reported across the three groups varying from 14.02 cent per litre on top performing farms to 8.63 cent per litre for the bottom group.  Relative to 2019, this reflected an increase of 1.48 cent per litre, on average.  Across groupings, this represented an increase of 0.58 cent per litre for the top group with more substantial increases for the middle (1.87 cent) and bottom groups (1.99 cent).

Table 5 presents a selection of technical performance indicators for dairy farms in 2020. Generally good production conditions resulted in an improvement in these metrics year-on-year. Milk production per cow remained relatively unchanged in 2020. An improvement in milk solids per cow is evident (+2%), and there was also a decrease in somatic cell count (down 4%), both indicators consistently performing well in recent years. Concentrate feed use fell marginally in 2020, and was on a par with levels prior to 2018 where usage increased substantially due to difficult weather. Overall, grazing days in 2020 were typically in line with the previous year. 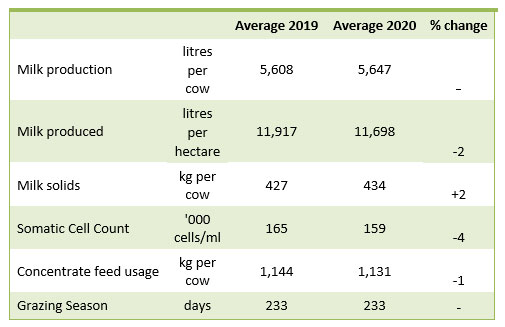 Table 6 shows Teagasc Dairying Road Map Targets for 2025 and the percentage of dairy farms achieving each of these performance indicators in 2020.  These figures are reflective of improvements across all metrics compared to 2019, with the exception of milk yield and concentrates per cow which remained unchanged. 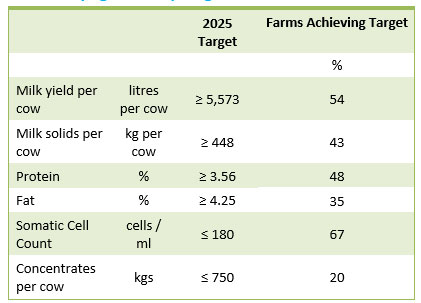 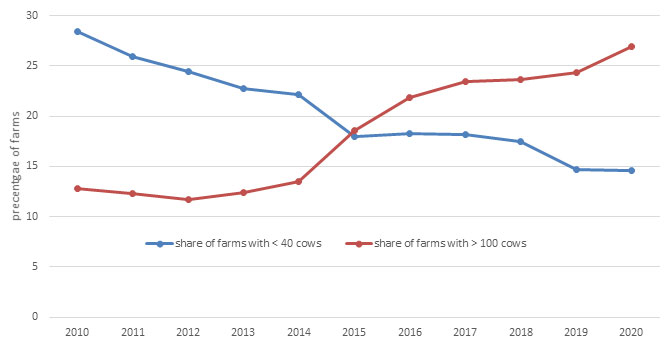 View the Situation and Outlook for Irish Agriculture (July 2021) here

For further information on this publication or other Teagasc National Farm Survey Publications please contact NFS@teagasc.ie