Carbon stored in soils is often called soil organic carbon and it is good for soils. Carbon sequestration is the process of capturing carbon dioxide (CO2) from the atmosphere and storing it in plant material or soil. Researchers Donal O’Brien and Gary Lanigan have more information.

Why is Carbon sequestration important?

There is a lot of talk around carbon sequestration contributing to reductions in agricultural greenhouse gas (GHG) emissions, including in the new EU Green Deal. But what is it and how much can it really contribute?

Carbon sequestration is the process of capturing carbon dioxide (CO2) from the atmosphere and storing it in plant material or soil. Carbon stored in soils is often called soil organic carbon and it is good for soils, improving their workability, water holding capacity, and productivity. Ecosystems that can sequester more CO2 than they release are termed carbon sinks, while those that emit more than they sequester are termed carbon sources. Forestry is good for sequestering carbon, and agricultural soils can also be carbon sinks (but they can also be sources). Ireland must reduce greenhouse gas (GHG) emissions by 30% by 2030 but because agricultural emissions are difficult to reduce, Ireland was allowed to offset 5.6% of national emissions by carbon sequestration. So carbon sequestration can help balance GHG emissions.

How much carbon is in our soils and hedgerows and how much are they sequestering?

Teagasc has conducted a lot of research investigating carbon sequestration. Grassland soils have been shown to contain large stores or stocks of carbon, approximately 440 t CO2/ha or an estimated 1,800 Mt CO2 across all Irish mineral soils.  To put this in context, national GHG emissions are about 60 Mt per year, so our mineral soils store 30 years worth of emissions.  Our peat soils store even more per ha, about 4,000 t CO2/ha.  So there are huge stocks of carbon in our soils, but are we adding to (sequestering) or running down these stocks?

The research shows that grasslands are generally a carbon sink, with values for carbon sequestration ranging from 1.5 to 4 tonne CO2 /ha/yr.  However, international accounting rules state that we can only include the additional sequestration that occurs due to management changes made after 2005, so reported figures are much lower (-0.75 to 1.4 tonne CO2/ha/yr). Also, there is a lot of variation from place to place and year to year:

Sequestration is also very difficult to measure as the amount of carbon sequestered (or lost in some cases) each year is tiny relative to the overall stock. All this complexity is not a reason to give up on carbon sequestration. Rather, it is a challenge for scientists and we have other tools to measure it such as computer modelling or flux towers that measure gaseous exchange above the soils. Given its importance to agricultural GHG balances, we need to be able to quantify it.

Our hedgerows also contain carbon. Teagasc research has shown that we have 689,000 km of hedgerows, almost double the previous estimates. As with soil, the key thing is are we adding to or taking from the stock of carbon in the hedgerows? We can add to the stocks by increasing the length of hedges or their volume (i.e. letting them get ‘bushier’).

What contribution could carbon sequestration make to the carbon balance of a farm?

Farms emit GHG from livestock, fertiliser, lime, manure and energy use (diesel and electricity). We have carried out a preliminary analysis of how much emissions could be offset by sequestration. Using the average NFS suckler beef farm (stocking rate = 1.36 LU/ha), carbon sequestration could offset 46% of the emissions (Figure 2). 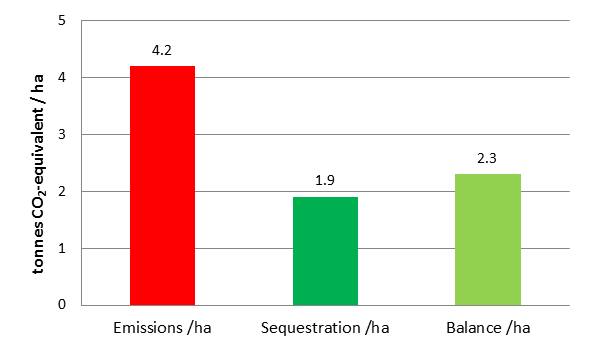 Figure 2.  Carbon balance per ha on a typical beef farm

In contrast to mineral soil, grasslands on drained organic (peat) soils are a substantial source of CO2 of circa. 20 t CO2 /ha/yr. This is due to the fact that they contain very large C stocks (approx. 4,000 tonnes CO2 per ha) and upon draining, this carbon is rapidly decomposed and released as CO2. These soils account for 5-6 Mt CO2 emissions in addition to the ~20 Mt CO2 from agriculture. Restoring small areas of peat soils can deliver large CO2 savings.

Where to from here?

There is a need for more research on this topic by Teagasc and others to build the evidence base and further enhance soil carbon sequestration in Irish agricultural soils. The Agricultural Catchments Programme and the Signpost farms initiative both include a major focus on soil carbon monitoring. Teagasc is a major partner in a new €80 million programme to improve the management of agricultural soils across Europe, called the ‘European Joint Programme on Agricultural Soil Management’. Greater knowledge will help us to manage and safeguard the important carbon stocks in our soils and enhance our ability to sequester even more carbon 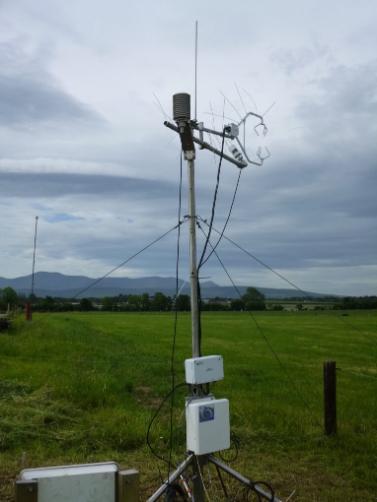