Bernard Bugler is a GLAS 3 Participant from Co. Clare who availed of the Traditional Farm Buildings Grant Scheme for repairs to an old stone Building situated in the farmyard. The building was thought to be over 150 years old. Martina Enright, Teagasc Ennis Advisor has details of what was involved

Photo above: A view of the repaired building from the front

The building is of stone construction with a slate roof. It was originally a two room building –one room as a dwelling and one as a cow byre.

Given the family connection to the building and its location in the farmyard Bernard was anxious to repair if possible and preserve a bit of history.

Photo above: A view of the building from the front prior to repair work

Bernard outlines his personal experience of the Scheme

In February 2021 – Bernard saw the scheme advertised on the Irish Farmers Journal.

On March 11th a virtual meeting was hosted by Anna Meenan of The Heritage Council where the process was outlined.

Photo above: A view of the building from the back prior to repair work 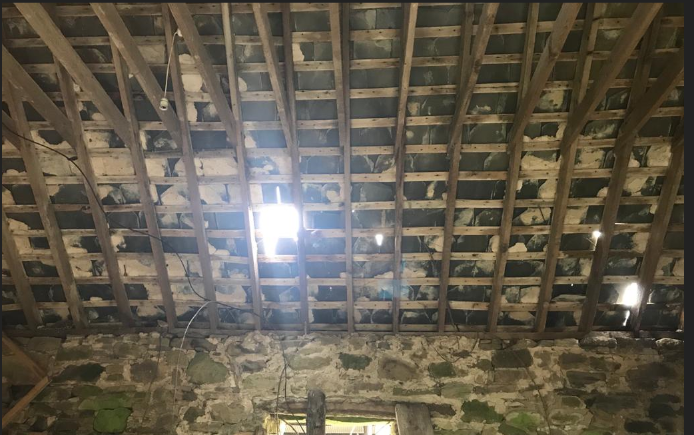 Photo above: The roof inside prior to repair work

Deadline for submission was end of May 2021. Following submission of details as requested, grant offer was received on 4th June with deadline of acceptance by 25th June.

Work could not start until:

Work commenced in mid-September and there was also a visit and report by conservation consultant at interim stage to verify specification was adhered to.

The Work was completed in Early November 2021

Mid November – expecting a visit by Heritage Council in advance of any payment. 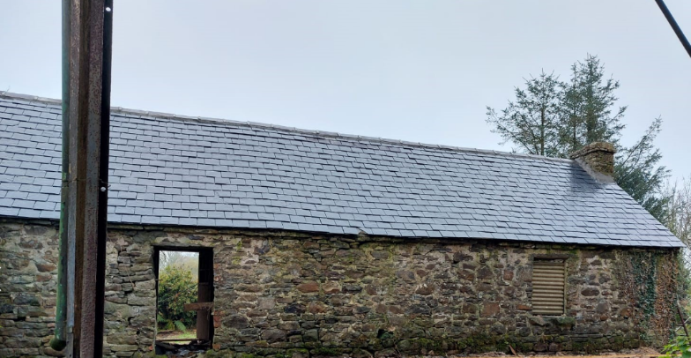 Photo above: A view of the repaired building from the back

Considerations for the restoration

The old dwelling part of the building had tonged and grooved sheeting as a ceiling. Much of this had dry rot.  It was not a requirement to put in new boards as they were not necessary for the functioning of the building as a farm building.  However, a portion of this feature was retained as evidence of what the building was like 100 years ago. 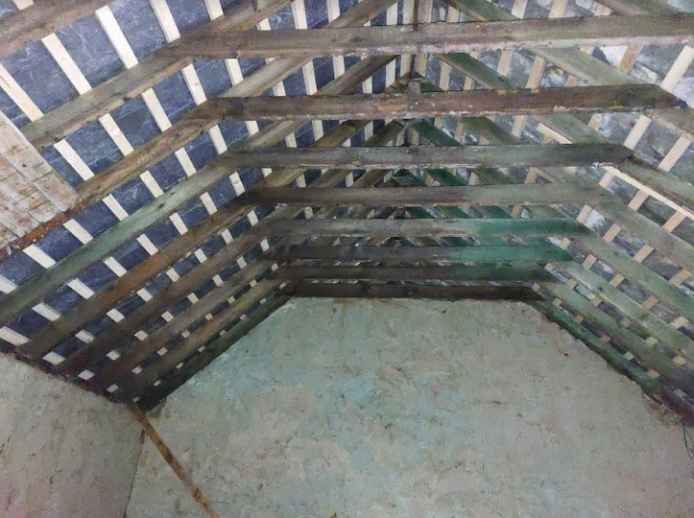 Photo above: The roof inside after repair work

Bernard's experience of the scheme

Bernard is delighted  to have been involved in this scheme which helped him preserve a bit of history, as there was a real danger that if repair wasn’t undertaken, that the structure would be lost.  He worked with the skilled tradesman on a direct labour basis and learned a lot during the project and is happy with the end product.

Bernard would like to acknowledge and thank the Heritage Council who administer the GLAS Traditional Farm Building Scheme and Department of Agriculture Food & the Marine who provide the Funding.

More on the GLAS Traditional Farm Buildings Grant Scheme can be found here.