Catherine Keena, Teagasc Countryside Management Specialist takes a closer look at some of our native Irish biodiversity to look out for in the countryside. Here she shares some interesting facts of nature about bluebells and guelder rose 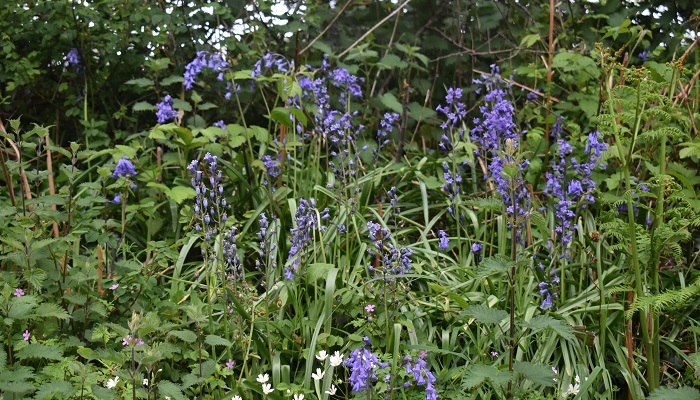 Look out for bluebells, forming a blue carpet under hedgerows and in old woodlands. Our native bluebell has drooping flowers on one side of a gracefully arching stalk suiting bumblebees which land upside down to access the flower. The introduced Spanish bluebell is paler and sturdier with flowers all around the stalk. The native Irish bluebell hybridises with the Spanish bluebell, resulting in a new cross-bred species. Both the Spanish bluebell and the new hybrid bluebell are very fertile and threaten our native bluebell. This highlights why planting flowers in the countryside is not good for our plants growing wild and not good for our native Irish biodiversity 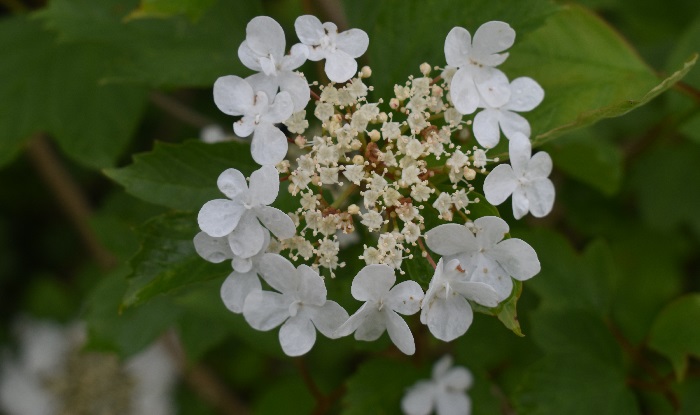 Look out for guelder rose, which is not a member of the rose family, but a hedgerow shrub growing up to four metres tall. Guelder rose thrives on damp soils, often near a drain. It is found in limestone areas. The large heads of showy white fragrant flowers are very distinctive containing two different flower types. The outer edge of the flower head has a circle of larger flowers which are sterile, their function being to attract insects. There is an inner disc of smaller flowers, pollinated by insects, becoming bright red translucent berries in autumn – part of our native Irish biodiversity.