Catherine Keena, Teagasc Countryside Management Specialist takes a closer look at some of our native Irish biodiversity to look out for in the countryside. Here she shares some interesting facts of nature about willow, primroses and Lady's smock or cuckoo flower 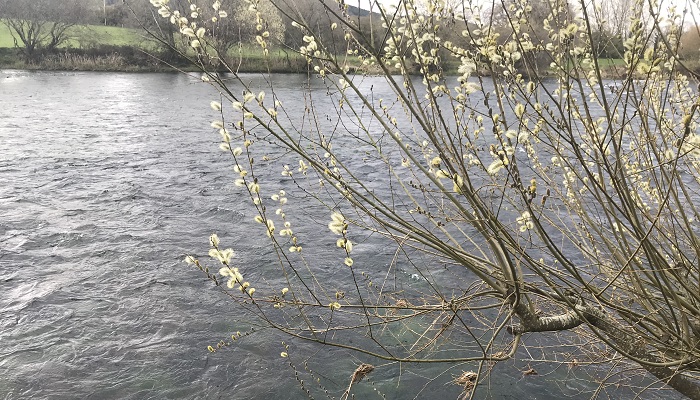 Look out for 'pussy willows' or  willow catkins – part of our native Irish biodiversity. There are several varieties of willow also known as sally which are native to Ireland. They grow in damp areas,  flowering early in spring, providing an early source of pollen and nectar for bees and butterflies. Brimstone, peacock, comma and small tortoise shell butterflies waking up from a long winter hibernation, head straight to willow. Supporting many invertebrates, willow is a good food source for insect eating birds such as the willow warbler. 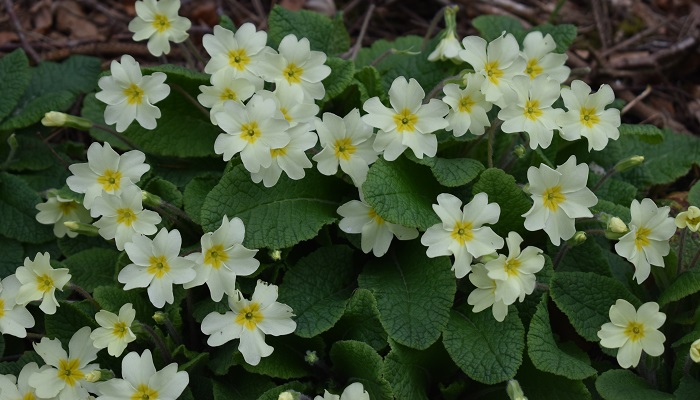 Look out for primroses on hedgebanks, flowering before being shaded out by taller summer vegetation - its name ‘prima’ implying one of the first flowers. They have five slightly overlapping heart shaped pale yellow petals with deep yellow centres. They provide a valuable source of nectar and pollen. Only long-tongued insects can reach the nectar, including bumblebees, long-tailed flies such as bee-flies and butterflies such as the brimstone. Primroses are the larval food plant of moths such as the silver-ground carpet moth. Their beautiful scent evokes many childhood memories of gathering posies of primroses to bring to school or decorate May altars. 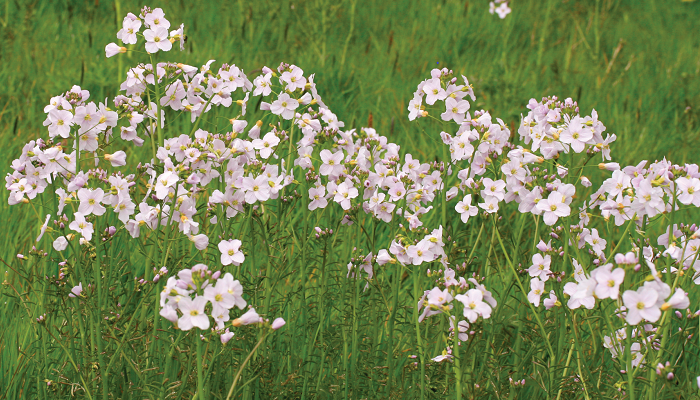 Look out for Lady’s smock or Cuckoo-flower with pink or white flowers in damp fields or roadsides. The lady refers to the Virgin Mary, while clusters of flowers in a meadow resemble a smock laid out.  It is often covered in foam known as ‘cuckoo-spit’, as it flowers when the cuckoo begins to call, giving its alternative name Cuckoo-flower, despite the fact that the foam is caused by froghopper nymphs who live in its stems. The flowers are pollinated by bees, flies, beetles, moths and butterflies. This is a favourite food plant of Orange-tip and Green-veined white butterflies.

Keep an eye on Teagasc Daily for another Growing Wild next month. Learn more from Teagasc about Biodiversity & Countryside