How bats use hedges


‘As blind as bat’ is one of many myths about bats. Bats are nocturnal mammals with good eyesight. In the hours of darkness they rely on echo location (sonar) to hunt and orientate themselves. Catherine Keena, Teagasc and Tina Aughney Bat Conservation Ireland have more information

The bats system of echolocation is so fine-tuned that bats will not fly into your hair – just to break another myth about bats.

Hedges can be a very valuable resource for providing insect prey for bats. Bats in Ireland only eat insects and they eat phenomenal amount of insects. The common pipistrelle and soprano pipistrelle, our smallest bat species can consume 3,000 insects, for example midges, in one night. So bats are a very valuable predator of insects.

Tall thick hedges are ideal for bats as they are more valuable as commuting routes and as a foraging habitat with lots of insects.  So if you’re out walking in the evening and see something flying by, it will be a bat. It’s not going to be a bird flying at that hour of the night – not unless it is an owl, which is much bigger and therefore unlikely to be confused with a bat. So if you see something fliting up and down doing lovely circles about three to four metes above the ground alongside the hedge, it is most likely to be a pipistrelle bat out foraging. If you have a bat detector an instrument that picks up the echolocation of bats, tune it to 50kHz and you will hear an array of popping noises. Welcome to the acoustic world of the bat!

Bats will roost in good mature trees in the hedges. So that’s why it is very important to retain some trees in hedges. Trees with holes or split limbs provide a space for bats to roost.

No reason to fear bats

Some people are afraid of bats probably because they are nocturnal and due to the many myths about bats. Bram Stoker hasn’t helped the cause with all those wonderful horror films! However there is no rational reason to fear bats. Bats are an individual mammal group not related to rodents in any way but are more closely related to humans. They give birth to a single pup per year when the females form maternity roosts and like all mammals, suckle their young. They are the only true flying mammal in the world and are found all across the world apart from the north and south polar caps

Bats in Ireland are very small – the body of a pipistrelle is typically the size of your thumb, but the wingspan is about 25cm. Our biggest bat is the Leisler’s bat and this bat will fit into the palm of your hand but has a wingspan of 32cm. There are nine species of bat in Ireland.

Bats have an important role in the natural ecosystem, keeping insect populations in balance. They are a very good indicator of how good our habitats are. A healthy population of bats tends to indicate that the area is in good environmental condition. 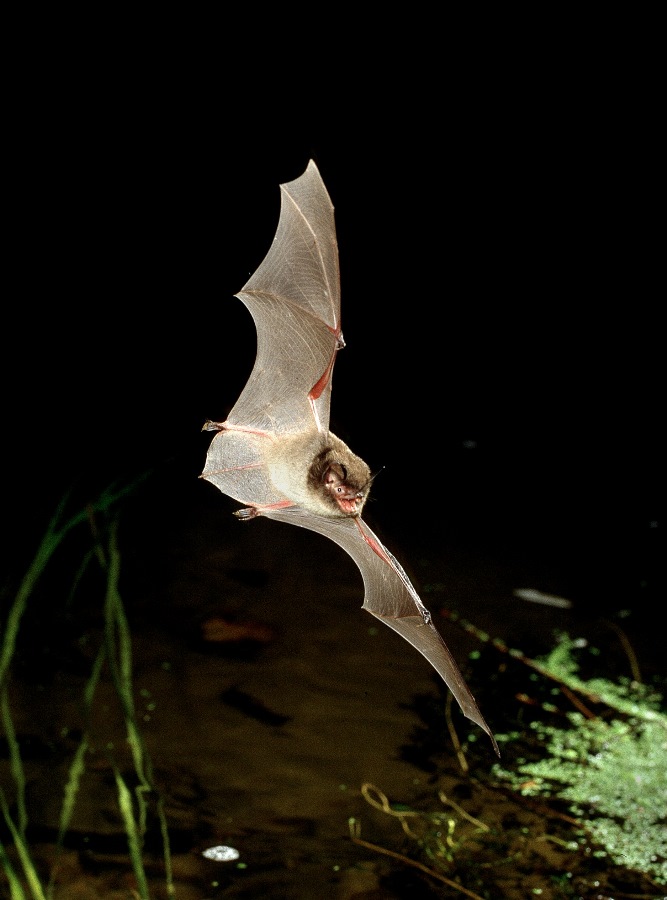