Nitrate leaching can occur during times of heavy or prolonged rainfall. Free draining soils are particularly susceptible to nitrate loss as it's very mobile in soil and readily leaches groundwater. The highest risk is in winter and early spring, as Prof Owen Fenton, Teagasc Researcher explains

The highest risk is at the shoulders of the year in winter and early spring due to unfavourable weather and where the nitrogen is not being used by the plant due to poor crop growth.

We often hear of the term source, pathway and receptor now when discussing nutrient losses from the farm but what does it mean?

When looking at nitrate leaching from the soil, the source describes where the nitrogen has come from. Nitrogen on a farm can be deposited onto soil in many different ways such as fertiliser, slurry and animal deposits on the land to name a few.

Nitrogen in the soil can take a number of different forms, such as nitrate and ammonium depending on what you spread and also natural conversions happening in the soil through microbial activity.

CAN is made up of half ammonium and half nitrate, after spreading CAN a large pool of nitrate is placed in the soil  open to being leached away if unfavourable conditions occur.

Protected urea converts to the ammonium form of nitrogen when applied to soil. Ammonium is more stable in soil than nitrate and less susceptible to leaching due to its positive charge. Soil microbes convert ammonium to nitrate almost like a steady conveyer belt; plants take up both nitrate and ammonium as required for growth. 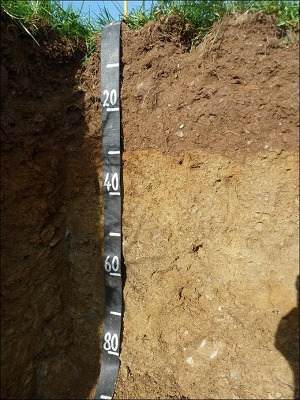 Where does leached nitrate go?

The pathway for leached nitrate is down through the soil into groundwater, the groundwater eventually ends up in the river (receptor) and the river carries the nitrate to the estuary.

Time Lag – how long does it take

In free draining areas, nitrate can move from the soil to the river from months to years but as we move to moderately drained areas it can take up to decades. Remember, the landscape is rarely uniform but in reality it is a tapestry of freely-moderately or poorly draining areas. Therefore, the transfer of nitrate to surface waters is not uniform on our landscape.

The changes we make today to reduce nitrate leaching on the farm will be seen for years to come.