Every four years the Nitrates Directive is reviewed and changes are made to the regulations. 2021 is such a year. In Teagasc, the Agricultural Catchments Programme (ACP) studies water quality in 6 contrasting catchments across the country. Edward Burgess ACP, discusses some ACP study results here

In Teagasc, the Agricultural Catchments Programme (ACP) is studying water quality in six contrasting catchments across the country, each having different soil types and / or farming systems. Results from the ACP’s research are used to substantiate Teagasc’s submission to the Nitrates review. 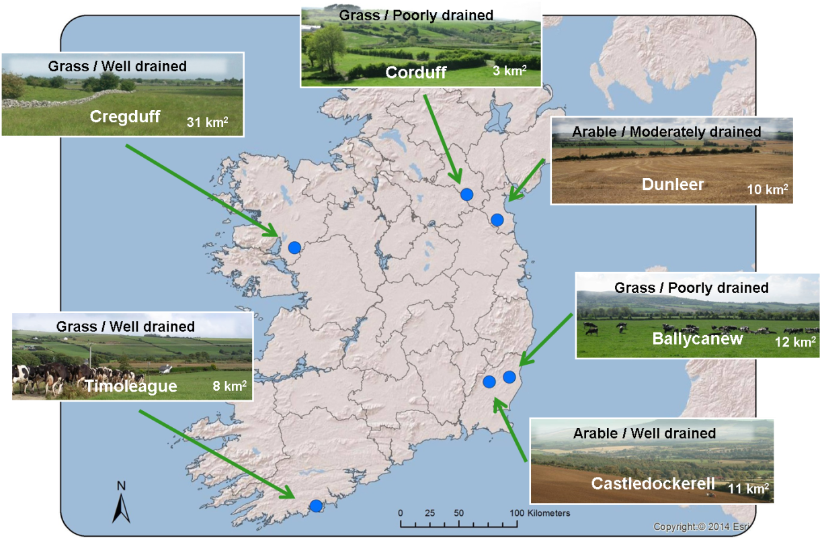 Figure 1. The six catchments monitored within the Agricultural Catchments Programme.

In recent years the EPA have observed increasing Nitrate levels in rivers and estuaries in the south and east of the country. Nitrogen loss to water is a bigger problem where soils are free draining, and this, by in large, coincides with the regions where the EPA have recorded the upward trend in N concentration. At the same time there has been a significant change in agricultural policy, with the removal of milk quotas. The national dairy herd has increased by 50%, with the vast majority of this increase taking place in the south and east of the country, the same area where Nitrates have been increasing. Is the increasing intensity from dairy farming post quota solely responsible for upward trends in N? Findings from the ACP suggest otherwise.

The amount (load) of N applied to the land is one factor that can and does influence N loss to water, but the nitrogen cycle is complex. Transformations of N from when it is applied to the land to when it ends up in water, the air, soil or in grain, meat, milk etc. is influenced by many factors, such as soil texture, the weather (soil temperature and moisture content, sunlight), soil pH and cultivation.

One of the ACP study catchments is in Castledockrell, Co. Wexford. It has a free draining Clonroche soil type, and spring barley is the most common crop. Two thirds of the catchment is in tillage and the organic N stocking rate across the whole catchment is 40 kg org N/ha. Despite having the lowest organic stocking rate of the six being studied, this catchment has the highest average N concentration in its river, at 7 mg/l.  In contrast, Timoleague is a grassland catchment in West Cork, also with a free draining soil. Most of the farmers there have an intensive dairy enterprise, and the organic N stocking rate across the whole catchment is 170 kg/ha. While nitrate levels in the stream are also high, they are lower than in the tillage catchment, averaging at 6 mg/l per year.  There are a number of factors at play here, and it can be difficult to disentangle them from each other.

Factors at play here include:

Nitrate easily dissolves in water, and most losses occur when N in the soil is carried by ground water, via springs, into the rivers and streams.  Surplus N, not used by growing crops is available for loss in this way and it may come from applied fertiliser, organic manures, urine and dung patches or from the breakdown of organic matter already present in the soil (mineralisation). With this in mind, it is the surplus N that is more important than the overall N application rate. While tillage farming may on the surface seem less risky than intensive grass based systems, the shorter growing season of some crops, and the greater likelihood of free draining soils mean that N loss to water is a concern. It is not surprising that the Slaney and Barrow catchments, both with significant tillage areas, have been identified by the EPA as requiring the largest reductions in N to meet the requirements of the Water Framework Directive.

Efficient use of N fertiliser has the double benefit of minimising cost and reducing losses.  Having optimum soil pH, P and K levels will improve N uptake and allow for maximum yields from minimum N rates.  Timing of N application is also important, avoiding heavy rain and waiting for soil temperatures to rise.  These practices are already well implemented, as they are good farm practice and make sense economically.

Plant uptake of N is very small once crops start to ripen.  At this time, soil will continue to release N from organic matter until temperatures fall below 5 ⁰c.  Early sown catch crops (end of August and early September) are good at capturing this N, which would otherwise be leached by autumn and winter rainfall.  Unfortunately, this captured N is not always available to subsequent crops, and while catch crops improve soil structure, they are an added cost that does not necessarily reduce fertiliser N application rates or cost.

The ACP would like to acknowledge our funders, the Department of Agriculture, Food and Marine, and the co-operation of the 300+ farmers that manage land in the six catchments.