What is soil organic matter?

Agricultural soils are composed of mineral matter, organic matter, water and air. The soil organic matter encompasses the remains of plants, animals and microbes at various stages of decomposition, and the living component of soils. The latter consists of billions of microorganisms, plant roots, and larger soil life such as earthworms. In mineral soils, soil organic matter is typically concentrated near the soil surface (0-15 cm deep). Some components of the organic matter are very stable and difficult to break down and can be thousands of years old. Other organic matter material is present in a more labile form and is much more easily decomposed. These labile forms of organic material are available for soil microbes to consume, and plants to assimilate.

Why is soil organic matter important?

As organic matter is largely derived from decomposed plant material it contains all the essential nutrients for plant growth including carbon, nitrogen, phosphorus, potassium, and sulphur. Stable elements of soil organic matter retain these nutrients in soil as part of complex organic compounds. However, in this form nutrients are not available for plant use. Microorganisms in soil organic matter release enzymes that convert these nutrients into plant available inorganic forms. This process is known as ‘mineralisation’. Plants in need of nutrients can stimulate mineralisation by providing microorganisms with an energy source, usually a carbon compound. Mineralisation is particularly important for making nitrogen available to plants. There are many unknowns about mineralisation including which microorganisms and enzymes are involved, when and in what form it will occur, and under what management conditions can we optimise it. If we can quantify this nutrient resource, we could tailor nutrient management plans more precisely. This has benefits economically, lowering fertiliser input costs, and environmentally, reducing nutrient losses to water and the atmosphere.

The quantity and quality of organic matter can be influenced by management. Some management practices can build soil organic matter, such as, the use of cover crops and crop rotations, diversification of grassland species, maintenance of good soil structure and porosity, balancing soil fertility, and using organic manures or amendments. Other management practices may degrade and remove soil organic matter over time, such as, intensive tillage operations, limited crop rotation, compaction of soils and overuse of fertilisers. Current research is investigating the effects of common grassland management practices on the capacity of soil to mineralise nitrogen. Soil pH management through liming and the addition of phosphorus through organic (manure) and inorganic (chemical fertiliser) additions have been investigated. This research shows that soils with higher organic matter content have higher rates of nitrogen mineralisation and that healthy soils with more active biological activity better assist a grassland soil to meet its nutrient requirement.

The optimum soil pH for grass growth is ≥6.3. The same could be said for nitrogen mineralisation, as soil pH level is closely related with nitrogen mineralisation potential. Applying lime and maintaining soil pH is particularly important for soil biological activity and nutrient availability in intensively managed agricultural systems. 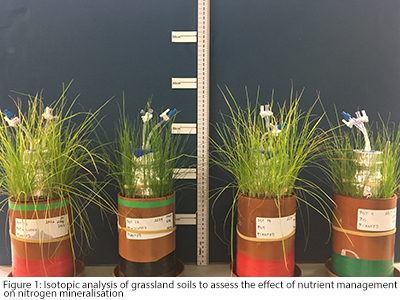 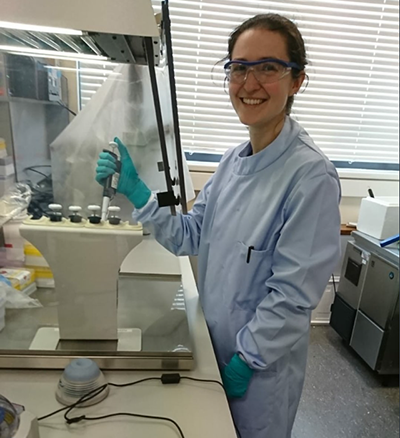 A deeper understanding of soil organic matter mineralisation processes in soils will help to refine fertiliser requirements for specific soils. Examining the biological processes behind mineralisation in more detail will help to build this understanding. Going forward the use of soil molecular and isotopic techniques to identify the microorganisms involved in mineralisation will be employed. This information along with new knowledge of the optimum climatic and management conditions under which mineralisation occurs may be used to maximise plant nutrient recovery and hence reduce nutrient losses to the environment.