Teagasc, in partnership with 3rd level research institutions in Ireland and internationally, lead research designed to enhance understanding and awareness of farm safety and farmer health challenges. Working with farmers, advisors, policy stakeholders and regulators, we apply this knowledge to develop practical initiatives and interventions that are focused on improving safety, reducing incidents and preventing fatalities. The basis of this work rests in understanding the main causes of fatalities and who is being killed on farms. We summarise this work in three graphs that are presented below. These cover changes in the number of fatalities over time, changes in the demographic profile (age) of those being killed, and the cause of fatalities by age group. 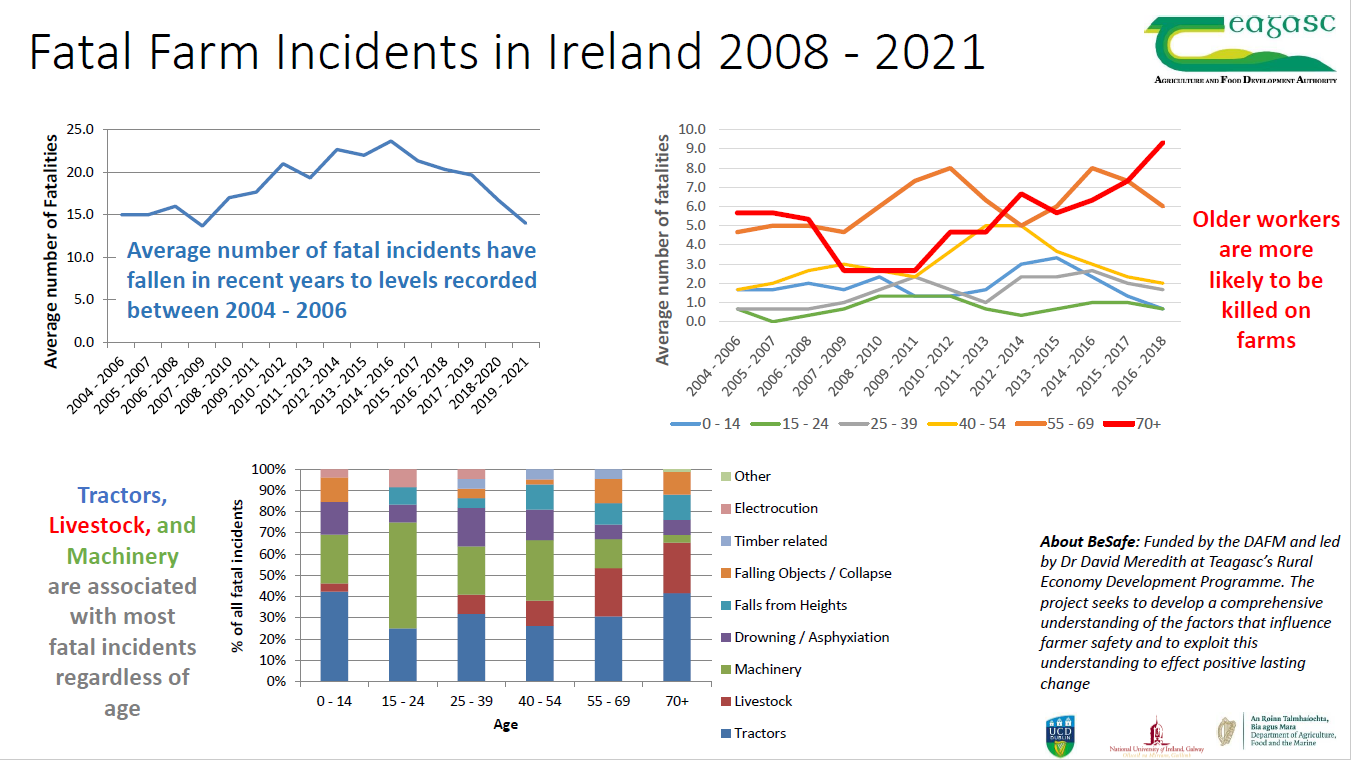 #FarmSafetyWeek runs from July 18th - 22nd. Check out Teagasc Daily all this week for further updates