Alder is a native tree and has featured quite a lot in Irish folklore and indeed in Irish place names. There is an increased awareness of the importance of growing native tree species such as alder. Oliver Sheridan, Teagasc Forestry Researcher has more information about ongoing research to date. 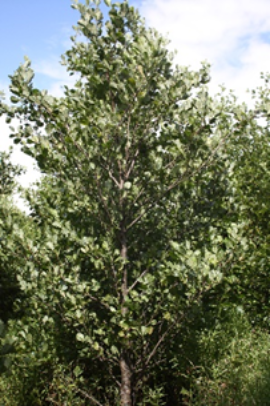 Alder is a native tree and has featured quite a lot in Irish folklore and indeed in Irish place names, for example, Ballyfarnon, County Roscommon, means the Mouth of the Ford of the Alder (Béal Átha Fearnáin), while in County Wexford, Ferns comes from Fearna (Alder Trees).

Alder was considered to be a very unlucky tree in Irish folklore, and best to avoid passing an alder tree when journeying from one place to another.  In times past, alder was traditionally used to make shields and has been considered to be a tree of war and death because the wood is white but it quickly turns blood red when cut. There are many stories and legends also, from further afield linking alder to death.

In Scotland there is a story about a woman who was abducted by the fairies and a log of alder left in her place. Another story from Scotland tells of a bridegroom that supposedly died and was buried, but he returns to tell his bride that he has in fact been taken by the fairies. After been rescued from them his tomb was opened, only to find it was empty except for a log of alder wood. Thankfully, these are stories and legends we can sit back, and enjoy reading about them at our leisure. 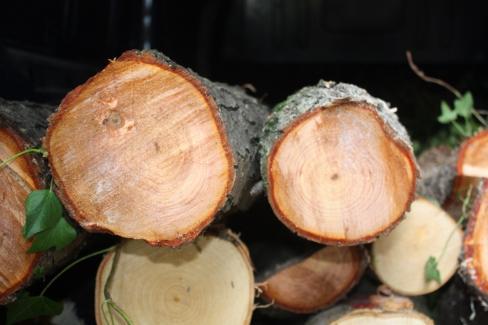 Alder is one of the most common native woodland trees found growing throughout Ireland but is naturally widespread throughout all of Europe. Alders, however, have many attributes considered advantageous in a forest tree species suitable for growing under Irish edaphic and climatic conditions, and apart from the fact that alders have good potential for timber production due to rapid growth, they have the ability to grow on a range of site types. They are self-pruning, hardy and despite flushing early the trees tend not to suffer from late spring frost damage. They are suitable for planting near coastal regions as they are moderately resistant to salt spray. Alder is an actinorhizal plant i.e. it is a non-leguminous plant that can form nitrogen-fixing nodules, due to its symbiotic association with Frankia alni bacteria fulfilling its annual requirement for nitrogen and leading to improved soil fertility. 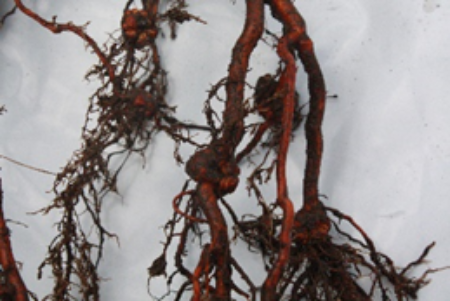 Throughout the more recent decades there has been a growing interest in the planting of native broadleaf species. There is an increased awareness of the importance of growing native tree species such as alder, with increasing pressure to diversify the range of native species in the national forest estate. The species accounts for 17,910 hectares representing 2.7% of the total forest area (National Forest Inventory, 2017), forming an important element of the Irish wooded landscape. To date, research on black alder in Ireland has been relatively limited. Little is known about the actual quality of the alder resource and the growth performance of existing stands. To this end a study was initiated in 2005 to address these issues. As alder possesses a large variability in traits of economic importance such as growth, form and wood quality, it is a prime candidate for genetic improvement through selection breeding to increase productivity and quality. To this end, field trials were established at three locations i.e. Cavan and Clare in 2008 and Sligo in 2009, with plants raised from seeds collected from plus-trees (trees were considered plus-trees only if they were mature healthy trees with straight stems, light symmetrical branching and contained a large volume of timber) from 18 locations throughout Ireland.

The progeny field trials consisting of 89 families were established to assess the value of the parent plus-trees from the different locations. The parent plus-trees were cloned (scion material collected from the trees and grafted) and they now form part of the Teagasc “qualified” (see explanation below) seed orchard at the Teagasc Centre, Ashtown.

The progeny field trials will continue to be measured and family performance assessed. Parental ranking based on progeny performance will help to make informed decisions for the removal of the poorest performing parents from the Teagasc seed orchard before spring pollination 2021 to achieve additional genetic gain, and also, the top performing parent plus-trees will be used to carry out controlled crosses in spring 2021 to form base material for second generation breeding. While the Teagasc progeny field trials are still relatively young the results from the data collected to date, show that some families are performing consistently better than others and compared to the controls also. As a result of the Teagasc research, qualified seed should be commercially available within the next five years from our commercial partners while in the interim improved seeds (selected category) will become available from our alder gene bank at Oak Park, over the next two to three years as the trees mature.

In early Irish law alder was known as Commoner of the Wood or Aithig fedo and apart from its wood been used to make shields, it was also used to make bowls, containers and charcoal. A black dye was made from the catkins and bark. Today, the wood is used in many industries e.g. suitable for turnery and for making furniture. It is also used in the pulp and paper industries, veneer industry, arts and crafts industries, and used to make plywood and because the wood is resistant to decay under water it is used to make sluice gates for canals.

Exploitation of small-diameter alder is another Teagasc-funded project in partnership with GMIT Letterfrack. It will establish the characteristics, properties and utilisation of small diameter (20 – 30 cm) Irish grown alder with the aim of supporting woodland owners in developing new markets for timber and small enterprises wishing to use Irish timber. The working properties of alder will be established in relation to conversion, seasoning / kiln drying, processing (planing, sanding, etc.), nailing / screwing, bonding and finishing. Further information on this project can be obtained from Dr Ian Short (ian.short@teagasc.ie).