Seed orchards are output systems for the production of superior seed for breeding programmes and forestry establishment. While not the only means of seed production, they are probably the most widely used. Oliver Sheridan Teagasc Forestry, outlines seed orchard use in the improvement of Irish Birch

There are two main types of seed orchards:

They operate on the premise that little or no contamination from extraneous pollen occurs. Some of the methods used to reduce contamination include locating orchards in isolated areas and creating isolation zones and this entails the removal of all trees in a strip around the seed orchard. The width of the strip is up for debate with some early studies recommending up to 125 m, while others recommended up to 500m. More recent studies however, have argued that pollen can travel even greater distances and that these isolation zones may not be adequate to prevent contamination. The result of significant contamination from non-orchard parents can result in production of poorly adapted seed and a significant reduction in expected genetic gain. Establishing seed orchards in greenhouses is another method that can be used to reduce pollen contamination. This method has been used and developed in Finland for over six decades, mainly for silver birch (Betula pendula). The genetic gains achieved from indoor silver birch seed orchards for second and third generation were up to 29% increase in volume, 13% reduction in relative tapering and 10% reduction in relative branch diameter.

Downy birch (Betula pubescens Ehrh.) and silver birch (Betula pendula Roth.) are two broadleaf species native to Ireland. They occupy 5.9% of the total forest estate which equates approximately to 23% of the total broadleaf component of the forest estate (National Forest Inventory, 2017). But despite these figures very little birch was grown for commercial use, mainly because of its poor form and quality. Birch was not on the recommended species list for grant aid for afforestation. Yet birch products were and still are being imported into Ireland e.g. birch furniture, flooring etc.

In 1998, the Pilot Study for the Improvement of Irish Birch was initiated to promote biodiversity in Irish forestry and develop a breeding programme to improve the two native species of birch. The aim of the programme was to produce a source of quality planting stock for the Irish forestry industry. Seeds were collected in August/September 1999 from selected plus-trees located throughout Ireland. A collection was made of 27 downy birch and 16 silver birch provenances, representing a total of 94 downy birch and 27 silver birch families. In addition to the seed collection, scion wood was also collected for grafting to establish an indoor clonal seed orchard. The indoor seed orchard was used to produce seed of known parentage for testing in order to obtain information about the genetic parameters of Irish-grown birch. The plants in the orchard were used to carry out controlled and polymix crosses. The seeds produced from these crosses, both full and half-siblings were used to provide plant material for inclusion in field trials. Three field trials were established in 2001 at different locations, in Counties Offaly, Carlow and Tipperary. After the 10 year assessment in 2011, the best 100 trees were selected (70 downy, 30 silver (of the 30 silver birch 15 were of Irish origin and 15 were overseas mainly UK origin). Scion material was collected from the selected trees and grafted. In 2012, the grafted clonal material was used to establish an indoor clonal seed orchard, initially located at the Teagasc Research Centre, Kinsealy, and later relocated to new purpose built facilities at the Teagasc Research Centre, Ashtown. In 2013, the Teagasc indoor downy birch seed orchard was awarded the improved designation ‘qualified’ under an EU Directive on the marketing of forest reproductive material (see below for overview of seed categories).

In 2014, the research reached a stage in the Birch Improvement programme where there was downy birch material suitable for commercial exploitation. Teagasc commercial partner, None So Hardy Nurseries, with the support from the Department of Agriculture, Food and the Marine (DAFM) under the Forest Genetic Resources Reproductive Material: Seed Stand and Seed Orchard Scheme, constructed a new purpose built, high-sided polytunnel to house the qualified downy birch seed orchard trees supplied to them by Teagasc. The first improved downy birch plant material was available from None So Hardy Nurseries for the 2016/2017 planting season. Because of this long-term investment in forestry research, downy birch is now a grant-aided species. It can be planted under Grant and Premium Category GPC 8 as a pure timber crop if ‘qualified’ or ‘selected’ seed is used or under GPCs 9 and 10 for the Native Woodland Scheme where ‘source identified’ seed is also allowed. 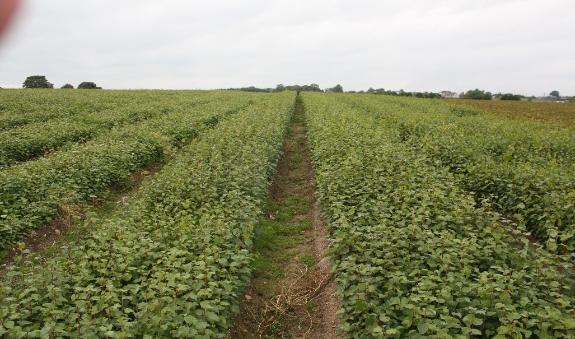 The survey conducted in 1998/1999 found that silver birch was less common than downy birch. As a result, very few plus trees of silver birch were identified for inclusion in the Teagasc Improvement Programme, certainly not enough to base entirely a native breeding programme. However, progeny (half-sibling) from the Irish plus-trees and some overseas silver birch planting stock were included in the field trials laid down in 2001. After the ten year assessment was carried out in 2011 the best 30 trees were selected to include in the indoor seed orchard. To augment the small number of silver birch clones, scion material for 36 plus trees was obtained from our colleagues in the Future Trees Trust birch group in Scotland in 2013. Future Trees Trust has developed, under the control of Forest Research UK, four populations based on plus tree selections. One population is the South Scotland North England collection. This collection represents the best trees selected in stands of birch in an area bound by the rivers Clyde, Forth, Mersey and Humber.

The next steps are to establish a silver birch provenance progeny field trials to obtain additional genetic gain by rogueing poor performing seed orchard plus trees. It is also planned to assess the Scottish birch to determine if the progeny from the 36 Scottish silver birch plus-trees has potential in Ireland.

Grafted plants have a tendency to flower much earlier than plants grown from seed. Most grafted plants will flower in half the time required for a seedling, a rule which is often cited by horticulturists. Grafted birch should start flowering from year three and in some cases even earlier. Flower and seed production will increase as the plants mature. The amount of seed produced will depend on the growing methods and management techniques employed. Two growing options can be employed:  The plus-trees can be planted directly into the soil. The height the trees are allowed to grow will depend on the roof height of the polyhouse and the equipment available to reach the uppermost height of the trees during the seed harvest. Alternatively, the second option is to grow the trees in large containers (50lt-150lt). This system of production has the flexibility to move plants around the polyhouse with ease. The system also allows for the simple and quick removal of poor performing parent trees from the seed orchard. Birch seed is harvested in July. The average seed yield for downy birch in the Teagasc seed orchard over a two year period was 8 kg. One kilogram of birch seed will yield approximately 60,000 saleable plants. 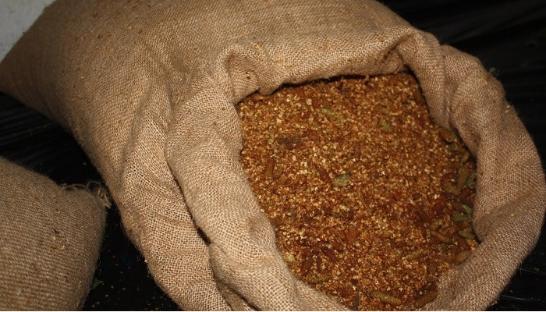 An automatic watering system with the flexibility to adjust the timing and the amount of water applied is desirable. The system should also be equipped with appropriate equipment to allow liquid feeding to be carried out at specific times throughout the year.

Diseases are generally not a major problem. Two pests that could potentially be problematic if not kept under control are aphids and Tortrix moths. A strategic integrated pest management (IPM) programme needs to be implemented where vigilance and hygiene are an intrinsic part of the programme.

Progeny testing should be closely linked to clonal seed orchard establishment to test the value of the parents.

The research to date has brought about the commercial supply of improved downy birch through the establishment of a partnership between Teagasc and a commercial nursery, None So Hardy Nurseries, ensuring that a sustainable supply of improved birch seed will be available to farmers and land owners wishing to plant broadleaves.

Future plans are to obtain qualified status for the silver birch indoor seed orchard from the Department and commercialise improved silver birch similar to downy birch. 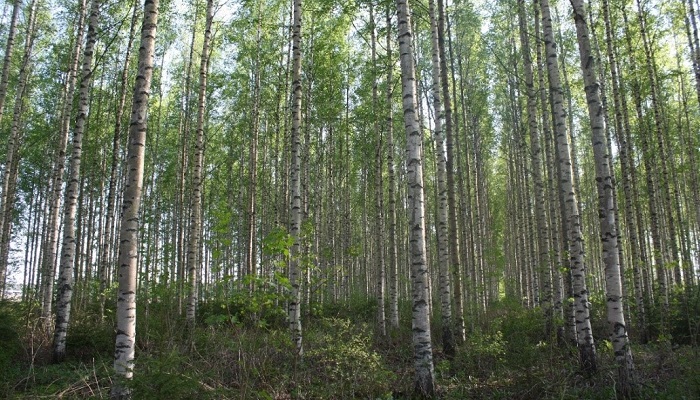 For more information on the work of teh Teagasc Forestry Development Department click here https://www.teagasc.ie/crops/forestry/