Finding farming in our placenames


Mapping historic land use is challenging where spatially explicit data are limited. Here, Jesko Zimmermann of the Department of Agrifood Business and Spatial Analysis talks about a short project in which he and colleague Rob O’Hara use old Irish townland names to map historic agricultural practices

The Research Field • 14: Placename Clues to Past Agriculture

Datasets Then and Now (Image below) 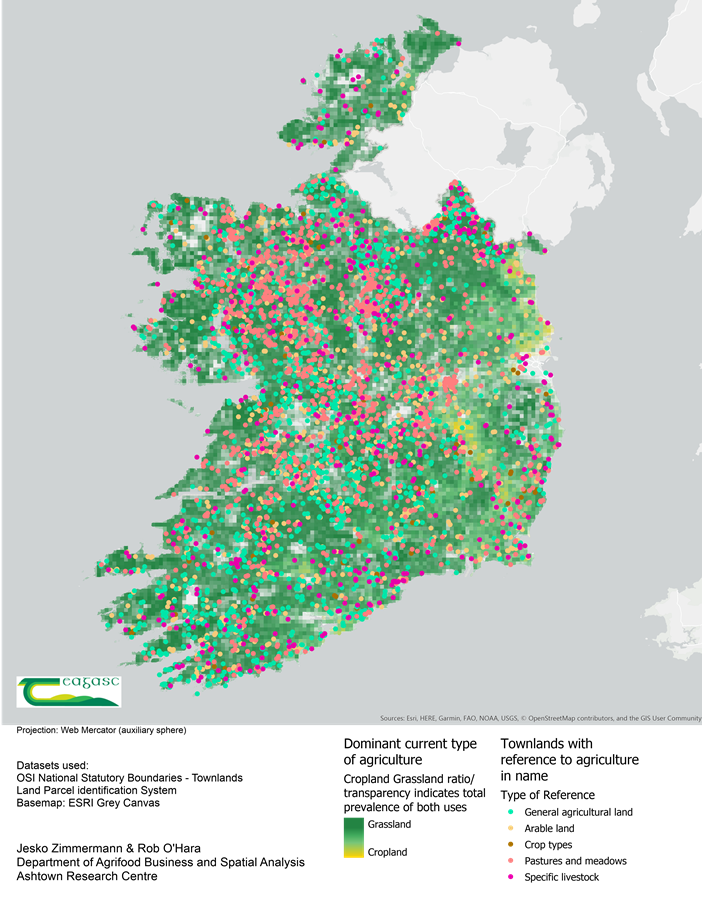 Historic naming conventions for places are intrinsically linked to physical, cultural, historical, or functional characteristics of the land. As agriculture was one of the most important aspects of historic life, many placenames do indeed contain agricultural references, such as crop and livestock types or agricultural practices. While modern placenames are the result of standardisation by the Ordnance Survey in the 19th century, many are of far greater antiquity, and their roots in the Irish language are still known. In their research, Jesko and Rob used the current Ordnance Survey Ireland townland map which contained the known Irish townland names and cross-referenced it against P.W. Joyce’s book  “The Origin and History of Irish Names of Places” (1869), as well as the current online placename database (http://www.logainm.ie) to identify names containing agricultural references. These were then mapped to show the distribution of historic agricultural practices.

The map shows evidence for the mixed farming practices that were more common in previous centuries, with placenames relating to arable farming intermingled with pastoral placenames and found far outside the current extent of arable farming. This is the result of the importance of small scale subsistence farming, where the majority of foods had to be grown locally. Interestingly, the names referring to arable practices are noticeably absent from the current extent of arable farming, which can have multiple reasons, including naming preferences (an arable field might simply not have been noteworthy enough for naming) as well as cultural reasons with the east and south east of Ireland having experienced much stronger English-speaking influence since the medieval period.

It needs to be noted that placenames are only a small piece in the puzzle of understanding historic land use. The absence of agricultural references in names cannot infer the absence of such practices, and some names might point at exceptional features. However, the research still allows for a glimpse into Ireland’s agricultural history. 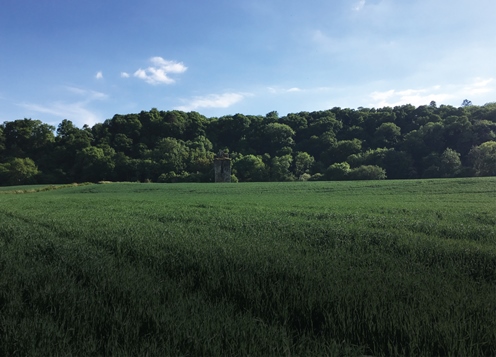