Melissa Glynn is from Crannaghmore Stables, Co. Roscommon where showing at agricultural shows, selling at auctions and from the farm gate were part of her early education, including riding & pony camps. Melissa says the Young Breeders Programme opened a network of connections & opportunities for her

Melissa Glynn is from Crannaghmore in Co. Roscommon. Born and raised in a farming family, her interest in agriculture started very early. Showing at the agricultural shows, selling at auctions and from the farm gate were part of her early education which also included riding and pony camps.

Melissa, a teacher at a primary school in Roscommon, is passionate about agriculture, and is “happiest working with animals on the farm”. Crannaghmore Stables is home to ten broodmares, breeding to compete in the show ring and to produce future eventers. Melissa is involved in the daily care and management, preparing for shows and sales and competing at agricultural shows in normal times. Melissa also partakes in the management of the calf to beef enterprise on the farm. In recent years she purchased 4* and 5* Belgian Blue heifers. Additionally she rears calves having purchased her own Hereford cross calves to rear alongside her fathers who himself transitioned from a suckler herd to produce store cattle in a calf to beef programme.

Melissa's first breeding venture, in 2016, was the purchase of a Connemara pony, aiming to cover her with resident stallion Knightsbridge Prince (Rathlacken Cascasde x Castle Squire). In 2018, Melissa purchased Stuck in a Moment [TIH] (ISH) (Near Dock x Clonakilty Hero) born 2015, and winner of the 2017 Traditional Irish Horse Association (TIHA) Limerick Lady Championships. “I purchased her planning to show with a foal at foot,” Melissa explains. Melissa covered her with DS Are You With Me (Corrado I x Contender) producing the  2020 ﬁlly Crannaghmore I Am With You. This ﬁlly placed second in a strong class of 35 foals at the 2020 Breeders Select Foal Sales Eventing Performance Foal Class hosted by the Mayo Roscommon Breeders Group. Melissa says she has ambition to purchase a ﬁlly from a proven dam line,  of high genetic merit, as she is becoming increasingly aware of the importnace of the mare from which to produce three-year- olds for the eventing market. 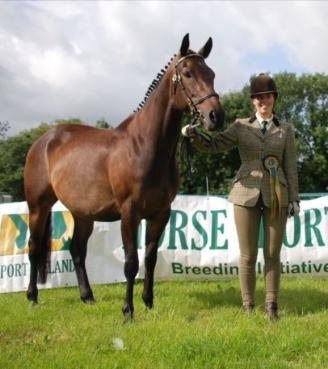 Having started breeding herself, Melissa came across the Young Breeders Programme which appealed to her given “the opportunity to visit exceptional farms around the country, learn from trainers such as Jack Doyle, Tiernan Gill, Andrew Hughes and Philip Scott who have so much experience, and being exposed to a wide variety of high quality horses”. 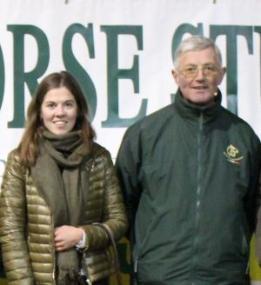 At the 2019 National Young Breeders competition, Melissa placed second among the seniors, progressing to selections for the World Championships. Being new to the programme she said this was a very proud day, saying:“I love the interaction of the training days, and discussing the assessment of each horse with trainers and other trainees. Through the combination of learning about linear proﬁling and the one to 10 scale used for young breeder competition, while justifying the reason behind the scores, has really beneﬁted my critical thinking and trained me to assess each horse I look at carefully. “The practical experience of showing in-hand  using the triangle format was really beneﬁcial,” she adds and "useful when competing in the All-Ireland Young Handlers class held at the National Ploughing Championships in 2019".

Melissa has made new friends across the country through the programme and says: “I am so grateful for the network of connections with trainers and other contributors, including farm hosts.” Melissa continues to evolve her thinking on breeding and takes every opportunity to talk with and learn from other breeders and industry professionals. She is missing the on-farm training days impacted by Covid but remarks: “I am learning so much from the Let’s Talk Equine webinar series and thoroughly enjoy being able to stay connected”  she is looking forward to the return to farms around the country. 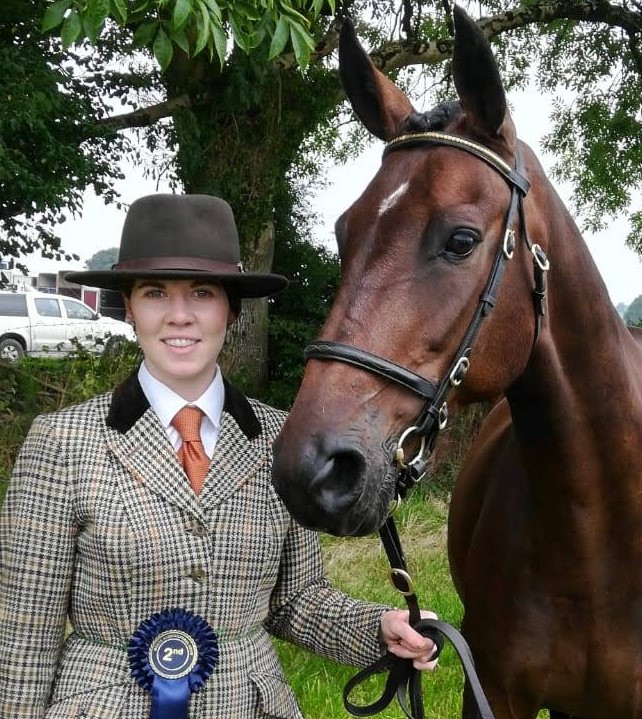