Donald Scully has been appointed to the Teagasc Authority for a five-year term by the Minister for Agriculture, Food and the Marine, Charlie McConalogue TD. Donald Scully is a member of the ICMSA executive committee and is a dairy farmer from Cherryhill House, Ballyhyland, Portlaoise, Co. Laois. 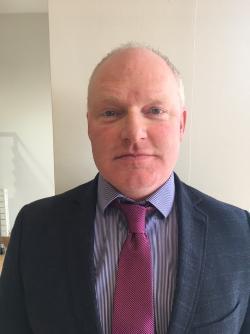 At the Teagasc board meeting on Wednesday, 2 February, the Chairman of Teagasc, Liam Herlihy welcomed Donald Scully to the Authority and congratulated him on his appointment. He said: “I look forward to working closely with Donald on the Teagasc authority. He brings great experience and knowledge of farming and agriculture to the authority, both personally and through the network of the ICMSA.”

Donald Scully attended Rockwell Agricultural College. The home farm has been in the Scully family across three generations and Donald took over developing the farm when his father retired in 1994. He has a herd of spring calving high EBI pedigree Friesian Holsteins run on the home farm and on rented land.

Tommy Cooke has stepped down from the Teagasc Authority having completed two 5 year terms. Chairman of Teagasc, Liam Herlihy thanked Tommy for his contributions to the Authority’s meetings over the last ten years. He said: “Tommy has made a massive contribution to Teagasc through his work on the organisation’s Authority. I want to thank him for his commitment to Teagasc over many years.”

Find out more about the Teagasc Authority here