Development & implementation of tail biting risk assessment tool on commercial pig farms. This project is a collaboration between Teagasc & University College of Dublin.

It has a number of components regarding assessment & management of risk factors for tail biting in Irish pig production. It aims to identify strategies which can reduce the risk of tail biting in commercial units using by adapting a tail-biting intervention programme (SchwIP) previously developed in Germany.

The European commission requires an action plan outlining how member states are moving towards eliminating routine tail docking of pigs. To identify strategies that can reduce the risk of tail biting, and hence need to dock, on Irish farms units we will develop and validate a tail biting intervention programme. The programme will use information on farm infrastructure & management practices, as well as animal based measurements, to help to identify risk factors on individual farms, & inform guidelines for best-practice when rearing undocked pigs. Additionally, we will carry out targeted experiments in the Moorepark pig unit to investigate specific risks (e.g. feed space), and ways to ameliorate these.

Although routine tail docking in pigs is banned, 99% of Irish pigs are docked due to the risk of tail biting. Scoring of pigs tails can be carried out in the slaughterhouse to assess tail damage, however, there is wide variation in methodologies. This study compared two methods of scoring tails in the slaughterhouse; 1) scoring visually without handling the tail (VIS), or 2) scoring while handling the tail (HAND).

The aim was to investigate whether VIS is sufficient to accurately detect damage compared to the gold standard HAND. A total of 428 tails were inspected from two different herds (211 & 217 respectively). Levels of skin damage severity (SD; 0-4) & presence or absence of bruising (0-1) were scored after scalding/dehairing using both methods.

When the data obtained were analysed, the results showed that scoring while handling the tail (HAND) detected more damage than scoring visually without handling tail (VIS), particularly for bruising. However, when HAND is not possible, VIS is a good alternative. Further data are being collected to improve comparisons between methods.

Study 2. Comparison of single & double spaced feeders with regard to damaging behaviour in pigs

Tail biting causes are multifactorial & involve numerous risk factors such as genetics, gender, flooring type, stocking density, feed management, climatic conditions & enrichment. The inability to access high priority resources, such as the feeder, can also increase tail biting risk. Competition for food (which can be caused by restricting meals per day or access to the feeder) will increase the potential for some pigs to become frustrated, leading to tail-biting, & can also increase size variation within a group. The presence of double or multi-space feeders can contribute to facilitating the recovery of bitten pigs, enabling them to feed undisturbed, & also contribute to tail biting prevention in long-tailed pigs.

Experimental work is ongoing in the Moorepark Pig Research Facility to investigate the use of double space feeders to prevent chronic tail biting & acute outbreaks in weaner & finisher stages on undocked pigs. 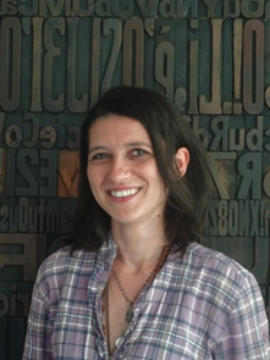 Roberta Maria D’Alessio is the PhD student working on PigNoDock project. She is supervised by Dr. Keelin O’Driscoll from Teagasc & Prof. Alison Hanlon from UCD. In 2013 Roberta obtained her Bachelor’s degree in Zootechnical sciences & Animal-derived Food Safety, and in 2015 she obtained her Master’s degree in Safety & Quality of animal production.

Prior to joining the project Roberta was working as a Meat Hygiene Inspector on red meat & wild game in England were she developed an extensive knowledge & application of European legislation in food safety, European Quality Assurance Standards & Food safety management.