Hands up who is interested in soil? Anyone? Anyone at all? Tumbleweeds might roll past unless you are addressing a room full of avid gardeners and land managers. This article by Rosie O'Neill, Teagasc Walsh Scholar first appeared on RTÉ Brainstorm.

OK let’s try another one. Hands up who would have thought that agriculture competes with the fuel and energy industries as a major contributor to greenhouse gas emissions? Growing up in the countryside, I would never have imagined that the rolling green fields surrounding me were anything except good for our planet.

Agricultural soils - one of the largest contributors to Greenhouse Gas Emissions

However, agricultural soils are one of the largest contributors to greenhouse gas emissions, particularly here in Ireland. Soil may not be the most 'attention grabbing’ headline, but it is definitely an important one. Agricultural greenhouse gas emissions are not just the cows’ fault and a large proportion arise from the loss of nutrients via applied fertilisers and other chemicals. 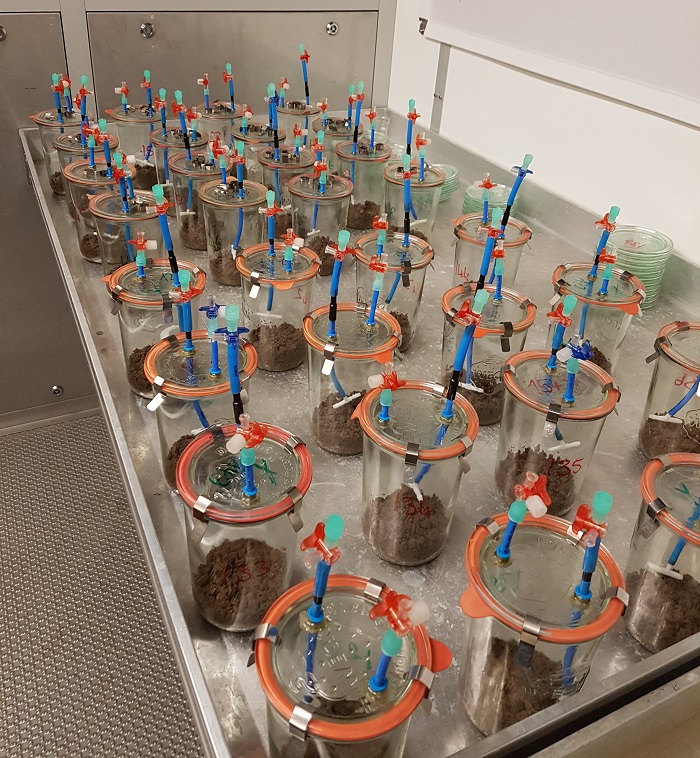 Above image of the Climate controlled chamber set up

Carbon dioxide is the best-known 'face' of greenhouse gases. It is the most commonly discussed and it’s why we hear stories about the dangers of it and such topics as carbon taxes, targets and emissions ceilings. Most people are aware of carbon dioxide being a concerning global warming gas, but there are plenty of others, such as nitrous oxide. This is less abundant but much more potent, with a global warming potential nearly 300 times that of carbon dioxide, meaning that much less of it can do a lot of damage

Agriculture is the largest contributing sector to nitrous oxide emissions in Ireland. Optimistic plans such as Foodwise 2025, Climate Action 2030 and 2050 are thrown up as attractive targets to achieve sustainable growth, and save the planet. However, how are these plans going to be executed? Ask the experts? What experts? Who are they? What exactly is the reality behind all of these lovely utopian ideations?

At Teagasc, we're researching various ways of achieving these goals. This stems from the idea of treating agricultural systems much like you would treat a human body where the concept lies in nutrient ratios. Healthy nutrition varies drastically from person to person, whether you require a high protein diet for a training schedule, a restricted diet for medical reasons (such as diabetes) or simply different quantities due to age or appetite for example.

Like humans, soil fertility relies on nutrient requirements of varying amounts and, like humans, they suffer from an over or under supply of a nutrient. The aim of our research is to tailor land management to individual soil's requirements. You might not think it, but soils can vary drastically from one another. This applies even to those that are right beside each other, as the correct fertiliser application for one field might not be right for its neighbour.

In our research we tested two contrasting nutrient ratios in soils and measured the greenhouse gas emissions from them. One scenario incorporated a healthy balance of the critical nutrients carbon, nitrogen and phosphorus that are required by all living organisms, and a second scenario investigated the response when different nutrients were limited. 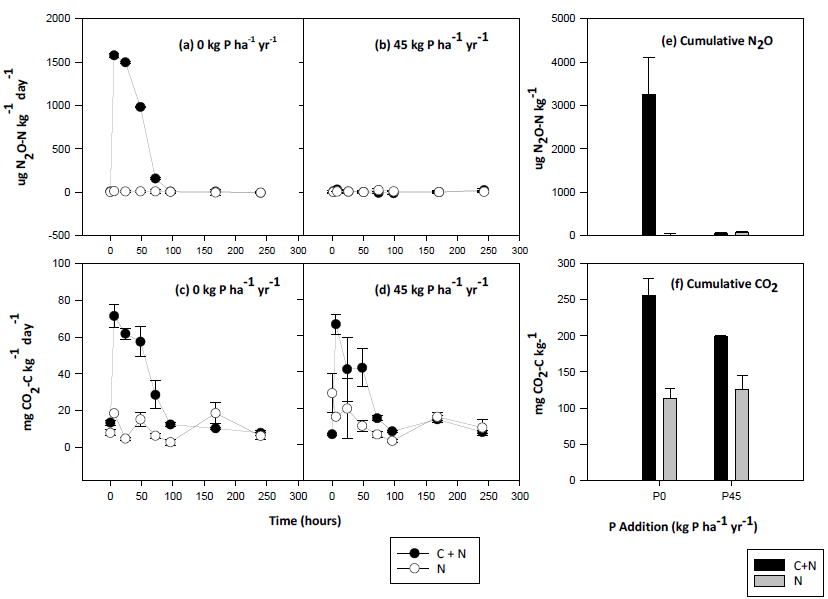 They could also reduce fertiliser costs by enabling land managers to stop using a 'one size fits all’ approach to nutrient application and to cater to individual requirements. This increases the efficiency and effectiveness of agricultural productivity, reduces costs and reduces nitrous oxide emissions. It can even offer other benefits because other forms of nutrient loss will be minimised if the land is receiving only that which it requires and no more. These fertilisers are not only lost via emissions, but can also be washed into waterways, leading to biodiversity and water quality issues.

Maximising efficiency is a key area which offers the option to maintain the productivity levels on which our economy and industry depend on a more environmentally sustainable basis. This gives breathing room for such areas to further develop greener and even neutral methods of operating.

Rosie O'Neill is a Teagasc Walsh Scholar based at the Teagasc Environmental Research Centre, Johnstown Castle, Co. Wexford. She is assessing the impact of management factors on soil denitrifying communities and nitrogen emissions.