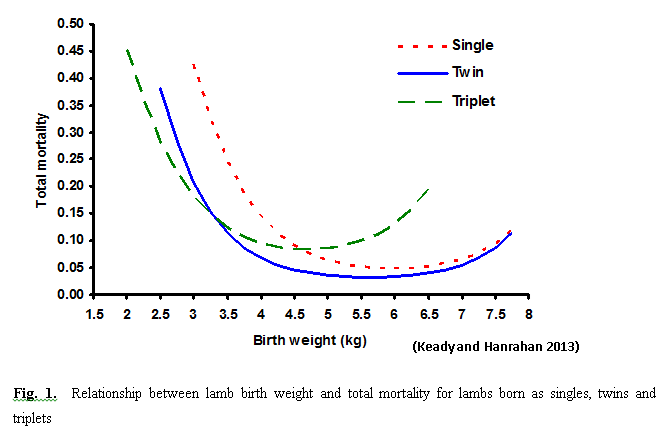 To optimise the use of concentrate ewes should be grouped according to predicted litter size (based on ultrasonic scanning) and expected lambing date (mating date - raddle colour). As lamb weight increases by 70% during the last 6 weeks of pregnancy the demand for nutrients increases substantially. Consequently, supplementation should be stepped up weekly over the period immediately prior to lambing. If ewes are not housed according to lambing date then a proportion of the flock which are lambing early will not receive adequate nutrient intake and their lambs will be light and colostrum supply could be limited. Ewes which will lamb late will receive high concentrate inputs and thus produce heavy lambs at birth which are prone to dystocia and mortality.  Labour demands are increased by the birth of light lambs due to additional requirements to assist to suckle and/or provide colostrum; and by heavy lambs due to the requirement to assist at birth.