Paul Boyle is a Teagasc BETTER Farm Sheep Programme Participant from Curraghfeehan, Bruckless, Co. Donegal. He also has a great passion for breeding and training sheep dogs. A lowland flock comprising of mainly crossbred ewes are carried on just over 8ha of medium quality land close to the village of Dunkineely. On a separate block of ground almost 25km away, Paul runs his hill flock of predominantly Scottish blackface ewes. The hill flock is grazed on a combination of privately owned and commonage hill grazing as well as an adjoining area of improved grassland. There is potential to expand the hill flock and the plan is to build numbers gradually with mainly homebred replacements.

On joining the Teagasc Sheep BETTER Farm Programme in late 2020 one key focus for Paul was to grow and utilise enough of grass on the Dunkineely farm to ensure optimum performance of his 75 ewe lowland flock throughout the grazing season. Furthermore, adequate numbers of top quality silage bales would be required for the winter housing period. Working closely with his local adviser Patrick Browne a whole farm soil analysis was carried out, lime applied as required, with P & K levels also being gradually corrected. Paul is quick to acknowledge the huge impact that increasing the number of grazing divisions using mainly temporary electric fencing has had on managing his grass. He began splitting paddocks with temporary posts and reels last April and is now totally sold on the benefits of rotational grazing. Local adviser Patrick Browne highlights the reduced level of concentrate supplementation required for lambs as a result of the adoption of better grassland management. Paul managed to keep good quality grass in front of the flock and has also taken out 65 high quality silage bales which will more than cover his winter silage requirements. A number of representative silage samples will be taken in the coming weeks in order to accurately plan the amount of supplementary concentrate feeding that ewes will require pre lambing. Planning for spring grass is well underway with the paddocks being grazed off and closed in rotation since mid-October. Lambing date for the lowland flock has been pushed back to mid-March in order to better match the commencement of grass growth on the farm. 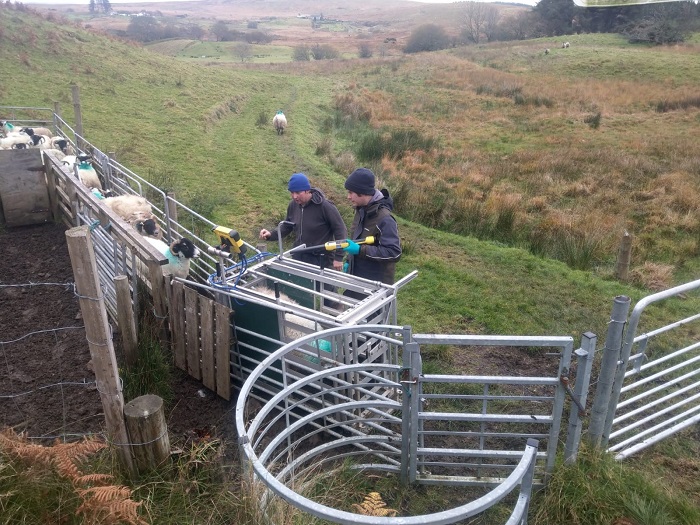 In previous years the lowland flock were usually moved to the hill farm for a couple of months after weaning due to grass shortage in Dunkineely. By embracing the grassland management technologies already outlined Paul is now managing to grow and utilise enough grass on the Dunkineely farm to carry the lowland flock throughout the grazing season. The flock were moved to the hill farm after weaning for drying off but only for a few weeks. They returned to quality grass covers on the Dunkineely block a good 10 weeks pre ram turnout allowing plenty of time to build up body condition score before the commencement of mating. It is hoped that the overall improvement in body condition score will be reflected in an improved scanning rate when the time comes. 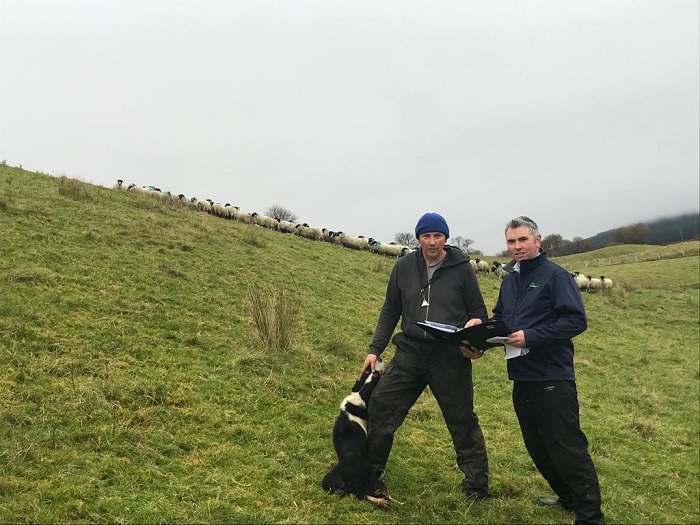 The overall body condition score of the hill flock is largely unchanged from this time last year as outlined in Table 2. When assessing overall flock body condition score it is useful to look at the percentage of ewes coming in below 2.5, in the case of hill ewes, and the aim should be to keep this as low as possible.

The hill ewes were in very good condition going to the ram last year and this was reflected in a very good subsequent scan. The hill flock achieved a 97% pregnancy rate and a scanning rate of 1.4 lambs per ewe to the ram. Hill ewe numbers have increased by a combination of keeping homebred replacements as well as a small number purchased from a known source. On 12th November all hill ewes were joined with Scottish Blackface rams. The aim is to produce a good selection of suitable female replacements to further build hill flock numbers. Eventually when flock numbers stabilise there will be more options to breed crossbred replacements for the lowland flock. 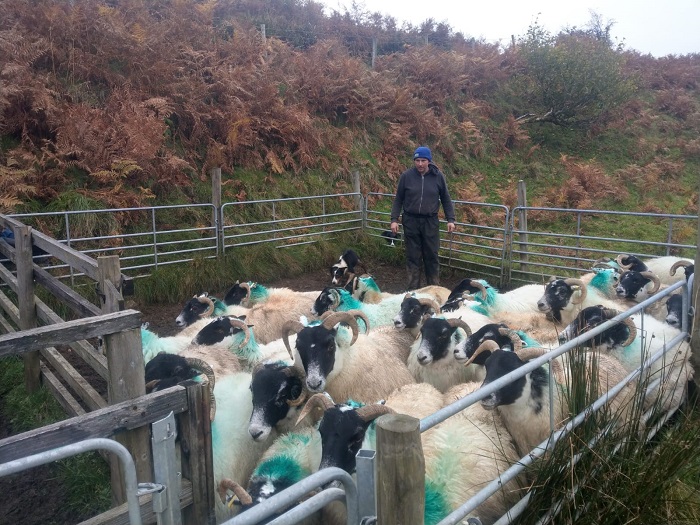 Photo above: Paul Boyle with his flock of hill ewes