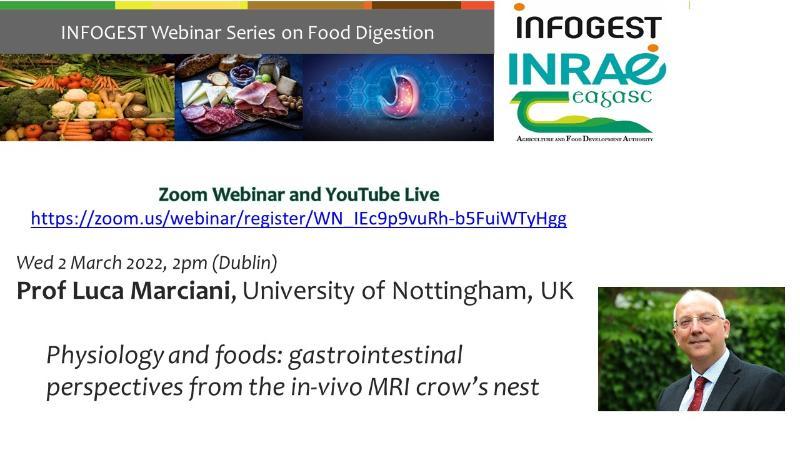 The next INFOGEST webinar will take place on Wednesday 2nd March at 2PM. This monthly series, hosted by Teagasc’s André Brodkorb, focuses on the latest research in food digestion from the international INFOGEST network of scientists from academia and industry.

This upcoming webinar will feature Prof Luca Marciani from the University of Nottingham who will present his research on "Physiology and foods: gastrointestinal perspectives from the in-vivo MRI crow’s nest".

The Infogest Webinar Series on Food Digestion began in September 2020 and is held on the first Wednesday of each month. The series will continue in the lead up to the next International Conference on Food Digestion 3-5 May 2022 in Cork, Ireland.Registration for this in-person conference ends on 31st March 2022. For more information visit icfd2022.com.